An Atlanta Neighborhood Will Finally Own Property as a Community 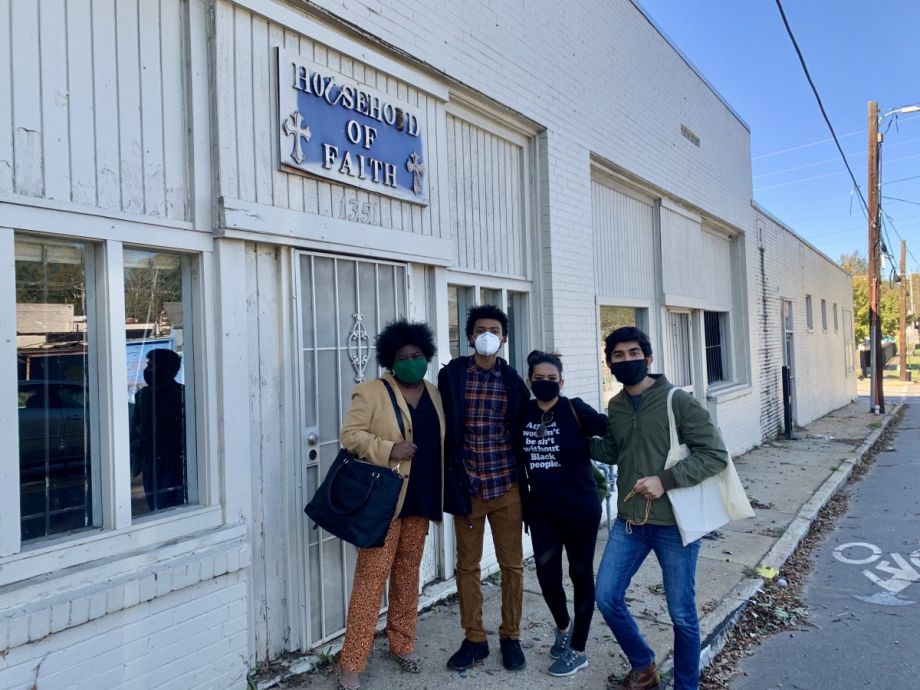 Residents of Atlanta’s Capitol View have long tried to change the face of their neighborhood.

Capitol View, a longtime Black neighborhood in Southwest Atlanta named for its view of the gold-domed Georgia State Capitol building, saw investors buy much of the limited amount of commercial property during the Great Recession.

“As our neighborhood has started to grow, it has been very frustrating because a lot of those [commercial] owners are people who are absent,” says Christie Peters, a Capitol View activist and resident. “They’re either out of state or live in some of the suburbs of Atlanta, and literally let their properties go to pot, like they don’t care that someone broke out the windows. They don’t care that it’s boarded up and looks terrible.”

This creates problems beyond eyesore buildings. Residents don’t get the retail they need because there are so few opportunities for businesses to move into commercial property, Peters says. Plus, gentrification is an ongoing concern.

So she is pleased to see a white brick building on the corner of a major street in Capitol View go into what she considers good hands.

“The community was concerned about who would actually be the purchaser of that building because it’s pretty prime real estate,” she says. “We just wanted to make sure that it would be a responsible owner, rather than someone who is going to buy it and hold it for 10 years and let it sit abandoned.”

In November 2020, the building on Dill Avenue was purchased by The Guild, an organization focused on building community wealth and closing the racial wealth gap in Atlanta. The Capitol View building will serve as a pilot for a community-owned real estate model.

The Guild plans to redevelop the building. The ground floor will have retail, including a grocery store that the neighborhood requested, and the top two stories will have housing, perhaps 15-17 units.

The organization has worked on several real estate and business initiatives over the years. One was a building with co-living for entrepreneurs and organizers on Auburn Avenue, a street known as a Black commercial center prior to the Civil Rights Movement.

Eventually, The Guild opened a storefront on Auburn Avenue where emerging Black-owned brands could test their products. The retail and co-living spaces have since closed.

Starting in 2019, The Guild partnered with Invest Atlanta, the city’s economic development agency, for an accelerator program working with 21 businesses owned by people of color. (Peters participated in the accelerator.) In addition to helping businesses boost their profitability, The Guild introduced strategies to build wealth in the surrounding community and offered real estate programming. The goal was to help the businesses acquire commercial real estate in gentrifying parts of Atlanta. Most of the cohort was composed of retail businesses in food and beverage, beauty, apparel and home decor.

The Guild worked with Invest Atlanta to give businesses a grant to assist toward a down payment. At least five of the 21 accelerator businesses ended up fulfilling the program’s objective and used that assistance from Invest Atlanta to buy shipping container space at Pittsburgh Yards, a development south of downtown Atlanta.

Though the accelerator was on hiatus due to COVID-19, The Guild is bringing it back this summer with a new cohort of businesses by partnering with the Local Initiatives Support Corporation.

One of The Guild’s major projects now is its building in Capitol View. The organization realized that if it wanted to close the racial wealth gap, it needed to own real estate for the first time, Iyengar says.

The Guild chose to buy the Capitol View property, which cost $550,000, because conversations with residents revealed that they had already been trying to do a community ownership model for years.

The Guild’s model is a community real estate trust that allows for anyone in the building’s 30310 ZIP code to contribute $10-100 a month. That investment goes into shares of the trust. Resident investors get a return through an annual dividend and the share price, which is tied to property values in this gentrifying neighborhood. The idea is to shift returns from developers to the community.

“Instead of it just being a negative signal now, their share price actually goes up, and they’re able to build a small amount of wealth through that,” says Iyengar, who wrote an op-ed for Next City about the model. She adds that traditional real estate needs a reevaluation. “The ownership structure has to change or nothing is going to change. You can have the most well-intentioned developer, but if their investors demand a certain rate of return, it changes the whole financials for the project and it doesn’t matter what you want the product to look like.”

She imagines that over 10 years, the trust will have 250-350 investors, many of them low- to middle-income. To remove risk, The Guild plans to incorporate investment protection, inspired by Mercy Corps’s community investment trust model in Portland, Oregon.

The Capitol View property is a pilot for a larger community-owned real estate initiative called Groundcover. Iyengar envisions expanding to have multiple properties in each neighborhood, focusing on formerly redlined areas or those that, while not formally redlined, suffered from the practice’s effects.

As part of Groundcover, The Guild wants to build a governance structure so the community can make decisions around future rent prices and tenants.

Peters says residents in the Capitol View Neighborhood Association, where The Guild spoke, are excited about the plans for the building.

“We know that it will be occupied and not someone looking just to hold it and has no concern in the community at large,” she says.

The shares bought by residents will go toward buying out The Guild’s equity in the property. Iyengar estimates that it will take 10-12 years to reach a full buyback that will allow The Guild to exit out of its investment altogether and leave it in community hands.

The organization wants to set up a covenant so the building can’t be lost to the market, but otherwise, the property’s fate will be up to the residents.

This year is dedicated to renovations and helping the community organize around real estate. The Guild will also teach people about the model and learn more about their needs. Investing will open in 2022.

“The bulk of the work is really building that muscle around for the community to be able to control that property themselves,” Iyengar says. “Capitol View, for example, has already gentrified to a certain degree, so we have to be super mindful about making sure we’re centering legacy residents that are still left.”