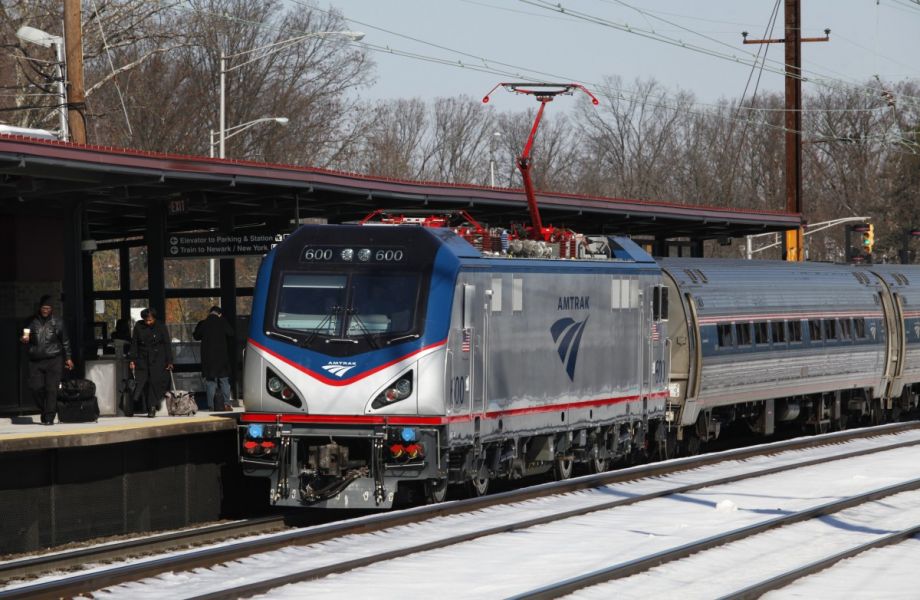 In January, Amtrak issued a request for proposals for new high-speed trains in California and the Northeast Corridor. Exciting stuff, but what made this RFP notable is that Amtrak asked manufacturers to include not only the price of their wares, but also a detailed plan for how their company will create U.S. jobs.

To help manufacturers along in the process, the Los Angeles-based Jobs to Move America coalition launched a new website on Monday, touting a workforce redevelopment resource bank to assist companies in making sure their bids create jobs for Americans.

As it stands, all rail cars and buses purchased with Federal Transit Administration (FTA) dollars must be assembled on home soil, but only 60 percent of the components are required to be made stateside. Recent research suggests that if the FTA upped its American-made requirement to 80 percent, it would result in a 12 percent increase in jobs. A 100 percent requirement could lead to a 26 percent increase in jobs.

The RFP deadline is May 17, and while Amtrak isn’t hardline about new Buy America requirements — zero percent of subcomponents are required to be made here in the U.S. — it is encouraging companies to make plans for American manufacturing and workforce development part of their bids. Which is where Jobs to Move America comes in.

“We made the website resource-heavy, so that every city, transit official and company that cares about jobs can have resources, information and policy tools,” Rachele Huennekens, the coalition’s national communications specialist, wrote in an email. But the focus isn’t only on manufacturers. The coalition also wants to give activists or citizens upset about the use of taxpayer dollars a platform to make their concerns heard, like a Change.org for transit nuts.

“We also wanted the new Jobs to Move America website to engage broad audiences, like members of our national coalition and advocates, who want to see America’s transit dollars go the distance,” Huennekens wrote, echoing her organization’s slogan. “This is where features like the ‘Connect’ page, where people can sign a pledge asking their transit officials to use dollars wisely, come in.”

Though many people applaud the rosy image of the stars and stripes manufacturing everything, the prospect doesn’t exactly thrill business leaders. They have a bottom line and, well, making things is generally is way cheaper offshore.

“There is opposition from some transportation manufacturing companies to the ideas of transparency and accountability — the idea that the public should know where the vehicles we’re buying are being made and what kind of jobs the workers who make them, are getting,” she wrote.

Amtrak’s emphasis on American-made transit projects could create an estimated 28,000 jobs, according to economists at the University of Massachusetts Amherst.