A Modern-Day War On Poverty Needs New Tools. Why Not Make Them In the U.S.? – Next City

A Modern-Day War On Poverty Needs New Tools. Why Not Make Them In the U.S.? 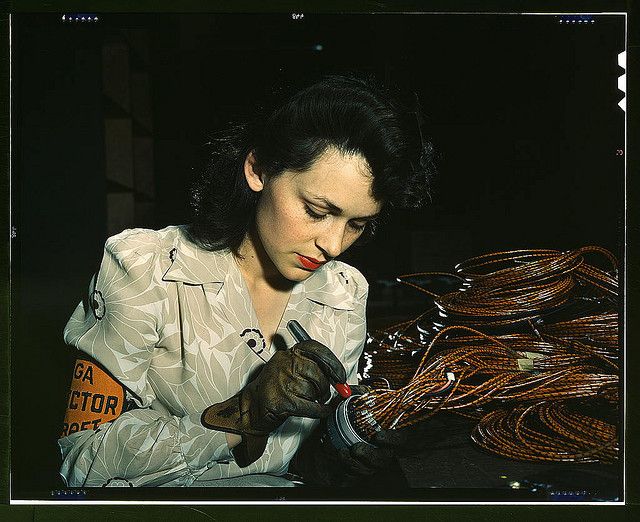 Today marks the 50th anniversary of Lyndon Johnson’s War on Poverty. Much has changed since 1964, and the nation is taking stock of how far it has (or hasn’t) come in the last half-century.

The various effects of federal anti-poverty initiatives, from Head Start to SNAP, are huge. For those of us focused on urban economies, it is impossible to imagine what majority-poverty cities would look like if not for these life-sustaining programs. The nation’s poverty rate fell by 42 percent between 1964 and 1973, and between 1967 and 2012 it dropped from 26 percent to 16 percent, when accounting for safety net programs.

Starting in the 1970s, though, one of the pillars of Johnson’s creed — that shared economic growth is paramount in diminishing poverty — was jettisoned. All the economic gains started concentrating at the top, and wages stagnated as the cost of living began to rise. Take this stat from a study released Tuesday by the Center for American Progress:

Widening inequality, a hot-button political issue today, has been prevalent for a lot longer than President Obama’s recent push for middle-out economic policy. Take a look at the chart below. Wages started to taper off for the 20th and 50th percentile of family incomes in the late ‘70s, while the 95th percentile continued a steady decline through 2011.

“In the years following the War on Poverty, the share of national income going to the top 1 percent has more than doubled,” the Center for American Progress writes.

One way to buoy low-income families into a higher, more livable tax bracket would be to raise the minimum wage. As the following chart shows, however, the minimum wage in 2013 is nowhere near what it would have been had the government adjusted it to keep pace with other wages. 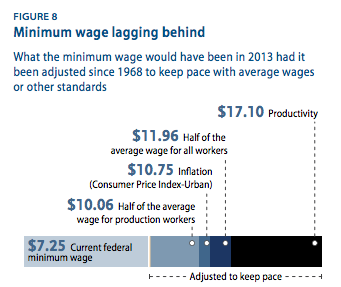 Obama has proposed raising the minimum wage, but with Republican resistance showing no signs of backing down, he may want to consider other strategies. One can be found in the Federal Transit Administration’s Buy America requirements, which demand that a certain amount of transportation infrastructure come with a “Made in USA” label. By raising the standard requirements, we could leverage public dollars to create more U.S. jobs that would, by fiat of regulation, become a permanent fixture on the economic opportunity ladder.

Currently, all rail cars and buses purchased with Federal Transit Administration cash must be assembled in the U.S., while only 60 percent of the components must be American-made. New research argues that if the FTA increased its domestic requirement to 80 percent, there would be a 12 percent increase in jobs, many of them paying above the minimum wage. If the FTA went 100 percent American-made, there could be a 26 percent increase in jobs.

There is no one solution to winning the war on poverty, but for every battle fought — over minimum wage, SNAP, Head Start or whatever program is next on the chopping block— there are others that most politicians in Washington haven’t yet thought to win. In the 50 years since Johnson transformed the national conversation about poverty, the country has made important gains while also experiencing significant losses. One of those is its manufacturing industry. Another is the transit infrastructure it has allowed to age and languish without needed expansion. Why not kill several birds with one American-made stone?