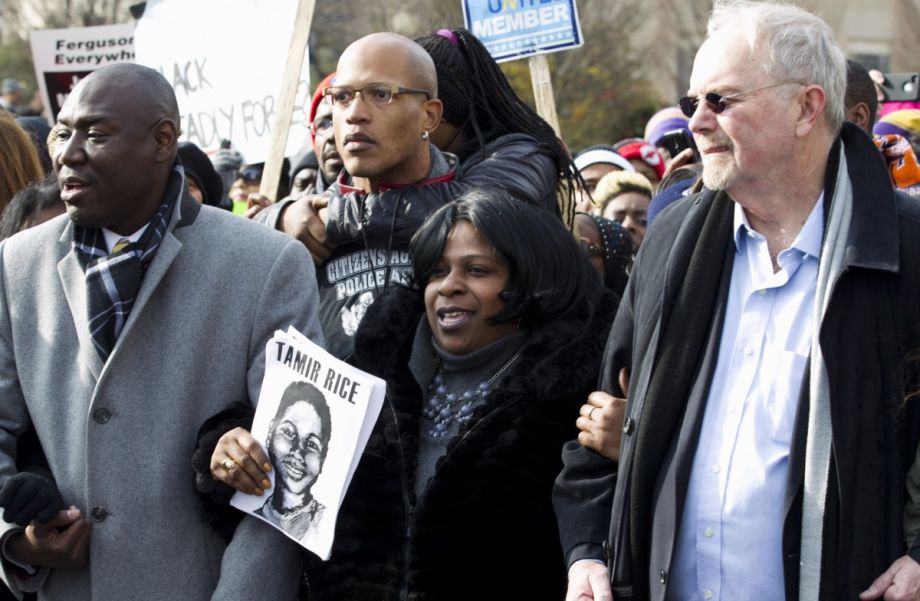 Reports released in Cleveland this week call the shooting death of 12-year-old Tamir Rice tragic, reasonable and justified. Rice, an African-American child was playing with an air gun at a city park in Cleveland when police got a call from someone saying they saw him with a gun and were unsure if it was real or fake. When police arrived at the scene, Timothy Loehmann, a white police officer, shot him in the abdomen. Rice died at the hospital.

Unsurprisingly, the news sparked a strong reactions in Cleveland and across the country.

“He sugar-coated it,” one protestor, Brenda Bickerstaff told ABC News Cleveland. She was referring to Cuyahoga County Prosecutor Timothy McGinty. “What they’re doing is the blanket, the blanket that they use. I’m in fear of my life, and this is how these officers and cops get off every time.”

“I think these reports are the reason that no indictments are handed down,” Michael Benza, a law professor at Case Western Reserve University, Told ABC. “I think the idea for the prosecutor is that I can put everything out there to the public, and with these reports come back and say, ‘I gave the evidence to the grand jury, and the jury refused to indict, and now this case is closed.”

Supervisory Special Agent Kimberly A. Crawford of the F.B.I. also wrote a report in favor of Loehman.

Her defense of the officer’s actions were that he acted according to his police training.

However, some police forces are rethinking their training and policies based on a series of tragic events involving officers using deadly force, particularly with African-Americans.

This is all part of the evidence that’ll be turned over to the grand jury. And like you said, there’s a public relations element, too. People are now wondering will there be an indictment in this case? An attorney for the family spoke up on Saturday. He called this a whitewash. He accused prosecutors of enlisting experts favorable to law enforcement. He said prosecutors were trying to avoid accountability for police. He said police rushed in and fired quickly without assessing the situation first and argued a reasonable juror could find those actions by police unreasonable.