America Has a Subsidies Problem – Next City

America Has a Subsidies Problem 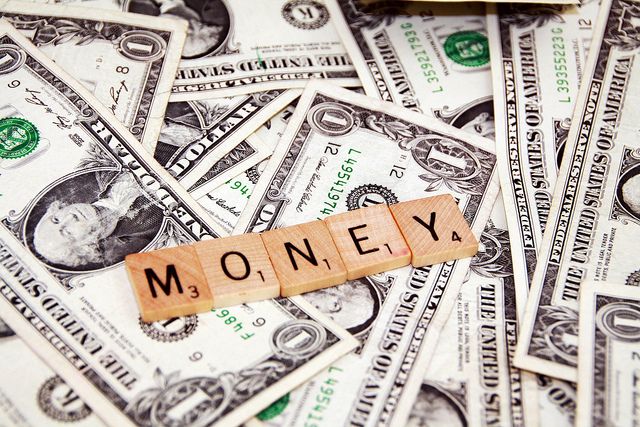 American cities need to stand up for their taxpayers. Time and again officials dole out lavish subsidies to big corporations under the guise of economic development. This ghastly new hotel in Center City Philadelphia is only the most recent example — think tank Good Jobs First compiled a list of 240 megadeals of at least $75 million each in a report released this past June.

Not to go full Seinfeld on you, but what’s the deal with subsidies?

“Most of the time these deals are excessive and unnecessary,” said Philip Mattera, research director at Good Jobs First and co-author of the report. Whether it’s $1.3 billion for Chrysler or an estimated $2 billion to keep Nike in Oregon, subsidy packages to (mostly) large corporations cost the taxpayer an average of between $456,000 and an excess of $1 million per job. To create one job!

“The amounts of money that are being thrown around usually don’t make any sense in terms of the potential job creation, the potential economic impact or even the need for any kind of assistance,” Mattera said. Michigan had the most megadeals, with 29 totaling $7.1 billion. New York had 23 amounting to $11.4 billion.

What’s worse is that these megadeals, which averaged $157 million in the 1980s compared to $260 million nowadays, are generally tied up in one business or project. Rather than spreading the subsidies around or investing the money wisely in something that might spur growth like, say, transit, governments are tossing all sorts of cash at one company.

“The problem we have is with the excessive amounts that are dedicated to a single company or a single project,” Mattera said. “Especially in light of the fact that these projects can fail and the public may have nothing to show for their investment.”

How does this happen, especially in a recession? Shouldn’t city officials know that this isn’t smart economic development?

“Part of it is the role of the site location consultants, who cause public officials to think that unless they offer these big packages they’re going to lose out and somehow be blacklisted and their economy is going to go into a death spiral,” Mattera said. “They really do put the fear of god into public officials.”

The worst part is that any time a company makes hollow threats to skip town, it’s usually grandstanding. Most of the time, it won’t actually leave. One in 10 of the megadeals is simply relocation of existing facilities, oftentimes in the same state or metro area. New Jersey’s urban transit tax hub credit is a glowing example of government handouts that subsidize moving down the street.

I asked Mattera what would be a smart way to invest taxpayers dollars instead of tying it up in a multinational shoe company or a server farm for Apple. The short answer? Infrastructure.

“Spend it on public infrastructure that’s not benefitting only a single company or a single project,” Mattera said. “When companies are making site location decisions, infrastructure is one of the key things they’re looking at. So [investing in infrastructure] indirectly will help attract new investment in the future.”

Oftentimes there is some infrastructure component to megadeals, but it’s on the site of that particular project. If the company flounders, that investment won’t benefit citizens — as opposed to improvements on citywide infrastructure that can benefit the larger economy and more businesses. It’s common sense.

The sad thing about subsidies is they are admittedly dull. No one is marching on Capitol Hill over tax breaks given to a hotel. There isn’t a counterculture brewing in Ann Arbor or Berkeley because a stadium got some free land. Where’s Occupy when you need it?

“Taxpayer money is being thrown away and it’s not serving any central purpose,” Mattera said. That’s about as concise an indictment of subsidies I’ve heard. See you all in Zuccotti Park?