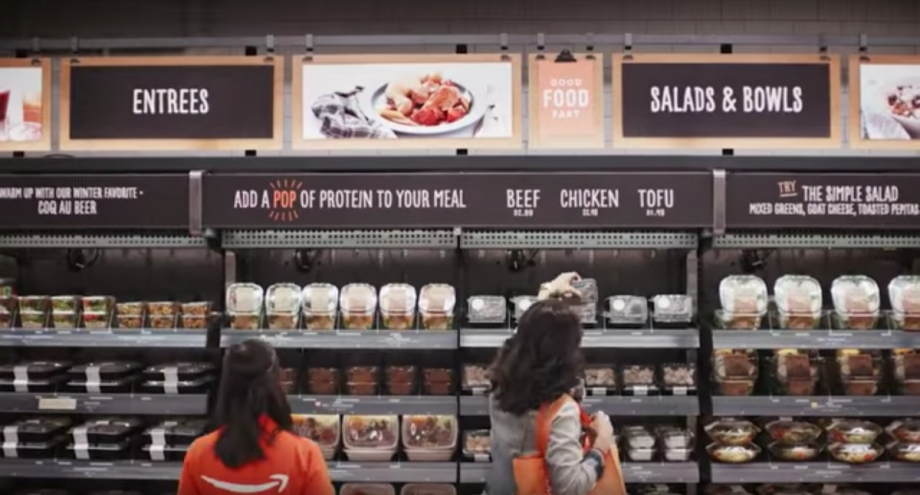 A screenshot from the “Amazon Go” promotional video

Amazon unveiled a new store in downtown Seattle Monday that allows shoppers to walk in, grab their items, and leave — without ever seeing, let alone using, a cash register. The store utilizes a mixture of computer vision, sensors and machine learning to determine which items shoppers have picked up. Customers scan an app to show they’re in the store and provide their payment information up front. As they walk around the store, a network of cameras and sensors log their purchases in a virtual cart and the software adds it to the customer’s bill. If they put the item back, Amazon deletes the charge.

When the shopper is ready to leave, they just walk out, no checkout required. And thus, no cashier either. As Timothy B. Lee points out at Vox, the stores will still need people to stock shelves, answer questions and prevent people from entering the store without first providing payment information. But they’ll still almost certainly employ fewer people, and not having cashiers means “eliminating one of the most common entry-level job categories of the last century,” writes Lee. According to the Bureau of Labor Statistics, 3.5 million people are employed as cashiers in the U.S.

The unbanked would also struggle to use such a store, since payment would be linked to a credit card and paying in cash would seemingly be impossible. Amazon has been criticized in the past for its role in widening income inequality and housing unaffordability in Seattle. So while many are praising the store’s technology as revolutionary, others are concerned about the erasure of jobs, the growing surveillance state and the creation of an increasingly unequal society in which human interactions are kept to a minimum.

The store, at Seventh Avenue and Blanchard, is only open to employees participating in a testing program right now, but will open to the public in early 2017.