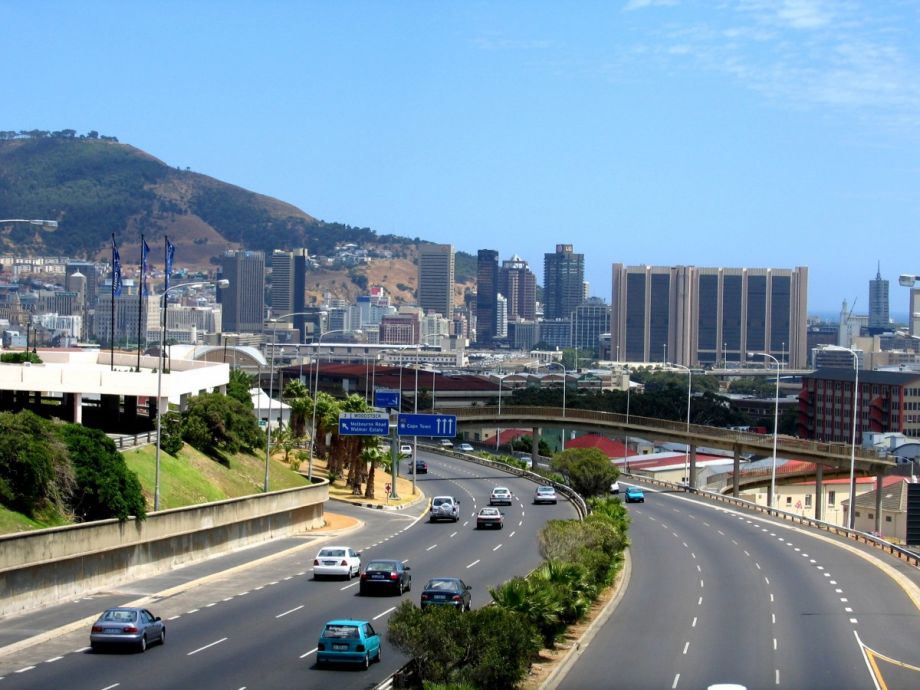 In Cape Town, where abortion is legal, many women opt for underground procedures to end a pregnancy because of social stigma or lack of access. (Photo by Andres de Wet)

The first informal healthcare worker, a woman who goes by Monica, hangs up when I tell her I’m a journalist. I phone another provider, Drec, twice; he hangs up the first time. “You are trying to make a business out of putting other people into trouble,” he says the second time, his voice trembling slightly, and then he, too, puts the phone down for good.

This is South Africa, and the people I’m calling are illegal abortion providers. If they’re loath to talk, they haven’t made themselves hard to find. Their ads are everywhere in Cape Town: on stickers on the train that rumbles through townships to the town center; on the sides of garbage cans outside the city’s enormous Groote Schuur Hospital. (Similar ads appear across the country.) “1 to 8 Months Safe Abortion Pills,” the flier for “Dr. Titus” reads, describing a late-term procedure that few doctors would offer. Others tout care from providers with no apparent medical training.

At first glance, the abundance of illegal abortion services is a little odd. On paper, South Africa would appear to have little need for them. The national government legalized abortion in 1996 and offers free procedures to women of any age in their first 20 weeks of pregnancy. The policy is among the most liberal on Earth — a stark contrast to the U.S. approach, as exemplified by the recent sentencing of Purvi Patel in Indiana to 20 years in prison for feticide via induced miscarriage. Yet many South African women favor illicit procedures to the ones their state sponsors. Some have called the issue a crisis — albeit one that a quick, safe change in the law could help resolve.

Andrea Thompson, a representative from South African NGO Marie Stopes SA, estimates her organization provides about 37,000 abortion procedures per year, a significant addition to the 80,000 or so that the government offers free of charge: “Next to government, we’re certainly the largest safe abortion provider.”

She says South African women choose illegal abortions for many reasons, including social stigmatization, religious dissuasion and lack of knowledge of available services. The largest factor driving demand for illicit abortions, however, appears to be the inaccessibility of a clinical option. Only about half of the public healthcare facilities legally bound to offer termination services actually do, and human resource shortages further limit the number of patients who can access services at facilities that offer it. As a result, pregnant women face delays, referrals or flat rejections from clinics. Since ending an unwanted pregnancy must occur in a narrow timeframe (typically within 13 weeks of conception for a medical abortion, which uses medications, or 20 weeks for a surgical procedure), this inaccessibility can result in a riskier abortion, a missed opportunity to terminate — or the temptation to give up on clinics and seek an underground abortion instead.

The wait for an informal provider may be short, indeed. Fliers typically list only cell phone numbers, not addresses. Thompson says that’s because many providers make quick house calls to patients to hand off dosages of misoprostol, one of the two drugs used for a medical abortion. The approach might appeal to some women who want to use the pharmaceutical method after the first 13 weeks of gestation, a point at which South African clinicians must provide a surgical abortion. Others, however, may just want to avoid social stigma, or are faced with inconvenient travel to a clinic.

By providing at-home medical abortions, the informal providers are offering an option in common use elsewhere. Women on Web, a Netherlands-based organization, ships misoprostol and mifepristone internationally to women in countries where abortion is illegal or heavily restricted. (Ordering abortion drugs through the mail was the illegal act that led to Patel’s conviction; Women on Web was not the provider.) In other nations, however, the practice is apparently permitted despite other restrictions on terminating pregnancy. The organization says medical research has shown this “post-clinic abortion” to be as safe as ones done inside healthcare facilities.

In theory, the providers South Africa does have could offer much the same service that Women on Web offers to women worldwide: prescription pills for use at home. The law on termination of pregnancy, however, prevents that. Written in 1996, it does not specifically mention abortion via pharmaceuticals, as the method was not in use at the time. Designed to ensure safe surgical abortions, the law impels providers to deliver care inside a clinic. (South African medical abortions now involve giving one drug in a clinical setting, followed by another dose at home and a follow-up visit weeks later.)

“They’re filling that niche,” Thompson says of South African informal providers’ streamlined service delivery. “But they’re not providing the background information, the call center, the online chat … the support that Women on Web and others in that sector provide.” These services, collectively known as telemedicine, involve using trained, licensed medical professionals to screen for symptoms of ectopic pregnancy and management of complications such as hemorrhage, both of which could be fatal. Missing those steps, informal abortion providers are streamlining to the point of danger.

It’s unclear if any momentum exists for South Africa to update its law. For now, the state seems to be slowly increasing accessibility to formal services: Just over half of all public healthcare facilities provide abortion, a large increase from the one in four that did a decade ago. It also attempts to enforce the ban on informal abortion providers — an effort apparent from the cagey way informal providers answered my questions, and corroborated by Thompson’s experience. “We don’t have an enforcement arm or investigation arm,” she says about Marie Stopes SA. “Normally, we report unsafe activities to police. … In the Eastern Cape, we have heard of quite a few unsafe abortion providers actually being shut down.”

Indeed, some seem to be curtailing their own activities. When I call “Dr. Titus,” who advertises “1 to 8 Months Safe Abortion Pills” on a local train, I ask if he’d provide an abortion to a woman whose pregnancy was four months along. Without hesitating, he insists: “Go to the hospital. Go to the hospital.” And then he, too, hangs up the phone.