A Tiny Public Housing Authority Offered Residents the Vaccine. Could Others Follow Suit? – Next City

A Tiny Public Housing Authority Offered Residents the Vaccine. Could Others Follow Suit? 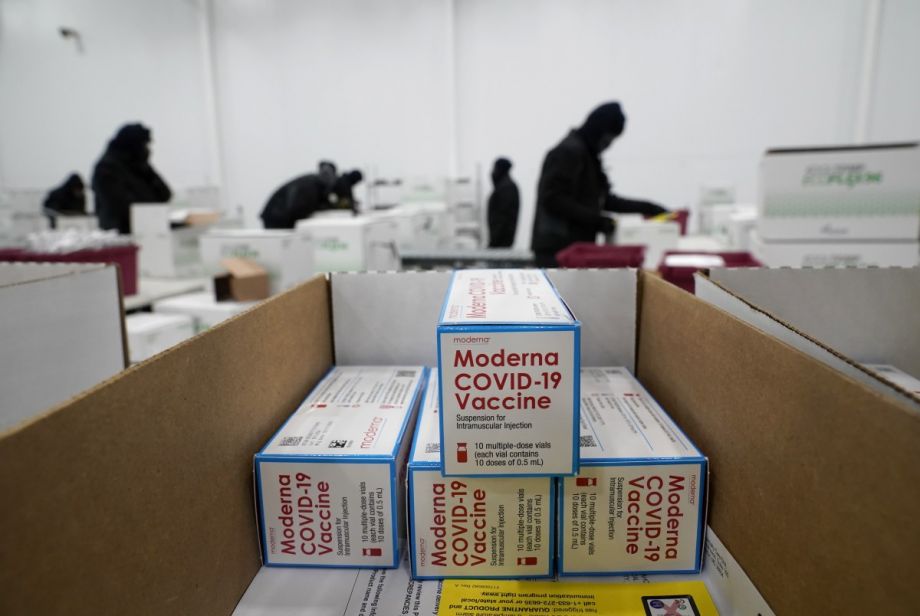 Central Falls, Rhode Island, is smaller than Central Park and denser than Boston, and it has endured one of the worst outbreaks of Covid-19 in the United States. The positivity rate for diagnostic tests has reached 28 percent, by far the highest in the state, according to the Rhode Island Department of Health. Since the pandemic began, more than 3,200 residents have tested positive, which is at least 15 percent of the city’s entire population at the last census.

The reasons for the outbreak are layered, says Michael Fine, the city’s health policy advisor: Central Falls is one of the poorest cities in the state; between 15 and 25 percent of its residents are undocumented immigrants; many of them work in factories and meat-packing plants that have been deemed essential during the various waves of business shutdowns. Now that Covid-19 vaccines are becoming available, the state has had to figure out how to get them to its most vulnerable residents. In Central Falls, it turned to the public housing authority.

In the last week of December, as The Providence Journal reported, Central Falls became the first city in Rhode Island to offer the vaccine publicly, and the Central Falls Housing Authority was the first organization to administer it.On the last Wednesday of the year, the housing authority offered the vaccine exclusively to its own residents and staff, and to people with housing choice vouchers. Relative to other vaccine rollouts around the country, according to Bridgett Duquette, the housing authority’s executive director, it was a big success. More than 90% of residents in one of the authority’s two buildings signed up to receive the vaccine initially. In the other building, 60% of residents signed up for the vaccine. But after Duquette, Fine, and Central Falls’s mayor and mayor-elect were publicly vaccinated on the site, another fifty residents registered to get vaccinated that day, Duquette says.

“They [the Rhode Island Department of Health] were looking for organizations that could target large populations quickly and be able to vaccinate them,” Duquette says. “We were an ideal site because public housing is congregate living, we’re able to notify [residents] … and we can handhold them to come down and convince them to do it.”

According to Duquette, there are 380 residents in Central Falls public housing’s 327 units. During the pandemic, the authority took basic safety protocols, like limiting access to elevators, closing common areas, and launching education efforts to let residents know how to socially distance. Relative to the city as a whole, the outbreak in public housing was small — just 25 people have tested positive so far. There was an outbreak among the 20-person staff, though, which infected 7 people, Duquette says.

So far, 302 of the residents — almost 80 percent — and half the staff have received the vaccine, she says. The authority had higher initial uptake in its smaller site, where residents skew older. At that site, Wilfrid Manor, 62 percent of residents are Latino, the average age for elderly residents is 76, and the average age for the non-elderly residents is 57. At the larger site, the average age of the non-elderly, who make up 38% of the residents, is 46 years old. Housing authority staff took on the task of pre-registering every resident on paper, Duquette says. Residents then had to volunteer to get the vaccine, which, after door-to-door outreach, most of them did. Seeing local leaders get vaccinated helped as well, she says. The actual vaccines were given door-to-door by Medical Reserve Corps volunteers.

“Central Falls is a very unique community, very small and very condensed, and everybody knows everybody,” Duquette says. “There’s fears about the vaccine, so [residents] needed to see people they trust get it.”

Even still, Duquette says, many younger people and people with disabilities still chose not to get the vaccine, and only about half of the housing authority staff signed up. Registration among voucher holders, with whom the authority has less direct contact, was much lower, around 10 percent.

As the U.S. struggles to roll out the vaccine in a timely way, could more public housing authorities help get the vaccine to vulnerable people? One advantage of that approach, says Michael Fine, is that housing authorities have relationships with large groups of tenants, and they know who is likely to be most vulnerable. And they also have the ability to do direct outreach to all their residents, like they did in Central Falls. The number of people with primary care doctors is declining, Fine notes, so it’s increasingly difficult to determine which institutions can and should be responsible for administering vaccines en masse.

“What we lack in this nation is two things: enough vaccines to get everybody vaccinated, and we also lack a healthcare system,” Fine says. “We have a market. We have an industry. But we don’t have a system. We don’t have a list of everybody who is over 75 or who is a frontline worker. We have to sort of patch it together … Housing and health are inevitably intertwined, and housing authorities and other housing organizations are often ideal places to do healthcare-related work.”

A spokesman for the Rhode Island Department of Health says in an email, “It’s important to center equity in all dimensions of COVID response and use data to guide decisions, which is why and how the state came to the decision to prioritize Central Falls and other hard-hit communities for vaccinations.” The Central Falls Housing Authority volunteered early to help distribute vaccines, the spokesman said, and the Department of Health is talking with other local organizations about ways to distribute the vaccine most effectively.

So far, the Central Falls Housing Authority appeals to be the only public housing organization that has begun distributing vaccines to its residents. Melissa Sanzaro, executive director of the Providence Housing Authority, which has more than 2,500 units, says that the Rhode Island Department of Health asked all of the housing authorities in the state if they would participate in distributing the vaccine, and the authority is “in the beginning stages” of figuring out the logistics of vaccinating its residents. A spokesperson for the Housing Authority of the City of Los Angeles, which owns close to 10,000 units, says the group is “interested, but we don’t have a plan in place yet,” and is waiting on city and state guidance. A spokesperson for NYCHA, the largest housing authority in the U.S., said only that the authority is “operating under the guidance of the New York City Department of Health and Mental Hygiene and the direction of the City of New York in distributing the vaccine to residents.” A Boston Housing Authority spokesperson said the authority is coordinating a rollout with the Boston Public Health Commission, but that vaccines for public-housing residents haven’t begun yet.

Larger organizations would certainly face more logistical challenges in distribution, but, Duquette says, there were no special hoops to jump through with the Department of Housing and Urban Development in order to administer the vaccine. The primary challenge is in spending the staff time to help residents fill out all of the necessary paperwork, Duquette says.

“You have to have the staff and the space and the capacity and the willingness to want to do it, because it is a lot of work,” Duquette says. “We fought for this opportunity at the housing authority, because we felt so strongly that we wanted to keep our residents safe.”