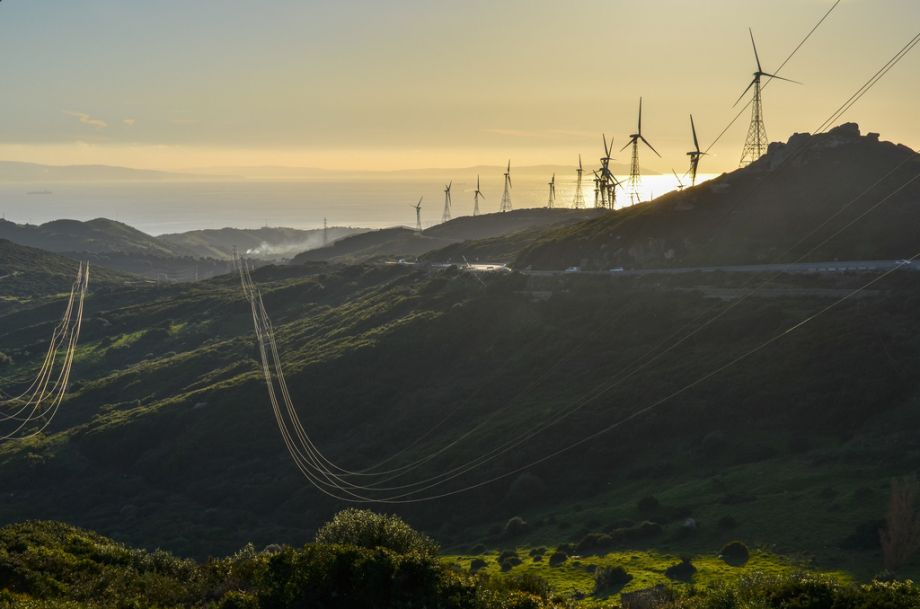 A proposal to boost renewable energy in Spain is one of 21 finalists in Michael Bloomberg’s Mayor’s Challenge. Photo credit: jbdodane via Flickr

Former New York Mayor Michael Bloomberg’s post-political career has been all about urban resilience, a fact influenced by the massive hurricane that concluded his three-term administration. The centerpiece of this push has been Bloomberg Philanthropies’ Mayor’s Challenge, an initiative designed to draw out concrete proposals for resilience-oriented projects from cities—and provide the funds to realize those projects.

Last year’s Mayor’s Challenge was only open to American city governments. Five winners were eventually chosen out of 305 applicants from 45 states. Providence took first prize with Chicago, Houston, Philadelphia and Santa Monica the runners up. Because of the widespread participation, the Challenge revealed some interesting trends in local government. Nearly 20 percent of the proposals were related to economic development (not surprising as the United States continues to recover from economic crisis) while another 20 percent focused on citizen engagement. The popularity of these two areas seems to indicate a shift away from top-down planning and towards participatory growth. For Bloomberg, the program’s success is proof that city governments often know exactly what they need—it’s simply a matter of implementing those ideas with capital funds.

This year, the Mayor’s Challenge turned to Europe. In September 2013 the Challenge was opened to European Union cities with 100,000 residents or more. By the end of January, 155 cities had submitted proposals, and yesterday the 21 finalists were announced. As Bloomberg said during the announcement, “We launched the Mayor’s Challenge to inspire a new round of innovation in local government—to elevate the very best ideas and help them spread.” The next step for the finalists is an “Ideas Camp” this June in Berlin where municipal leaders and private-sector experts will come together to refine and strengthen their proposals.

The chosen cities range from Bristol to Brno. In Amsterdam, for instance, the city wants to address youth unemployment by developing a new online game that connects them with jobs across Europe and strengthens their technical skills. In Krakow, Poland, an idea for efficient, streamlined public transportation is combined with high-tech payment systems and smart, personalized incentives.

Krakow’s idea illustrates another running theme among the participants, which is a general trend towards sustainable development. Stockholm wants to combat climate change by actively encouraging citizens to produce biochar, an organic material made from biomass that holds carbon in the soil, supports plant growth and purifies water. Madrid’s goal is to diversify the city’s renewable energy options “by finding and funding the best ways to harvest underground power, such as wasted heat generated by the city’s below-ground infrastructure.” Schaerbeek, Belgium takes another approach with an equally ambitious goal. That proposal aims to find out how much energy the city is wasting by using “proven flyover and 3D geothermal mapping technology to provide each homeowner and tenant with a personalized energy audit and incentives to invest in energy-saving strategies.”

Despite outsize ambitions like Schaerbeek’s and Madrid’s, however, what stands out about many of the project proposals is their relatively small-scale approach to very big problems. The winner of the Challenge receives €5 million to implement their idea. The four runners up receive just €1 million each. While this would certainly be a windfall for you or me, from a municipal standpoint, it’s just enough to realize a relatively small project like a new website or distributing biomass converters.

As co-founder of a young architecture firm focused on sustainable design, Dutch architect and planner Joep van der Veen is familiar with the issues these ideas propose to tackle. According to van der Veen, the Challenge is filling a gap by encouraging innovation and local initiatives. “Where nation-states fail to address the urgent threat of climate change it’s encouraging to see that cities and citizens are starting to take their responsibilities and act by forming local networks.” Van der Veen points to Madrid and Schaebeek as good examples of realistic, but inspiring approaches. “Investing in renewable energy has the potential to create an outburst of innovation, reshape local economies across Europe, create jobs and decrease our dependence of carbon-based energy from the Middle East, Russia and China. The design of the required infrastructure and integrating it into our cities and landscape while adding spatial quality is one of the most exiting challenges of our time.”

On the Challenge’s website, there’s a recent quote from Bloomberg lauding the European cities for their striking proposals: “European cities in this year’s Mayors Challenge stepped up with bold and creative ideas that have the potential to improve lives across the continent and globe. Cities face many urgent challenges – from climate change to social isolation to youth unemployment. We need city leaders to continually reach for innovative new ways to address urban challenges – and then share what’s working with the world. That’s what the Mayors Challenge is all about.”

For many of the participating cities, the exchange of ideas at “Ideas Camp” and networking possibilities presented by the Challenge may end up being even the most useful aspect of the contest – more so than the actual awarded funding. While the enormous range of ideas reflects the diversity of needs across the European Union, repeating themes like sustainability, participation and useful technologies give some insight into the shared difficulties these cities are trying to address. Just imagine what they could accomplish with a bit more money.

AMSTERDAM, Netherlands – Youth Unemployment: Tackling widespread youth unemployment by equipping young people with 21st century skills and connecting them with jobs and apprenticeships across Europe through an online game

BARCELONA, Spain – Aging: Improving quality of life and limiting social isolation by establishing a network of public and private support – including family, friends, social workers, and volunteers – for each elderly citizen

CARDIFF, United Kingdom – Economic Development: Increasing productivity little by little in residents’ personal and professional lives, so that a series of small improvements add up to a much more productive city

KIRKLEES, United Kingdom – Social Capital: Pooling the city and community’s idle assets – from vehicles to unused spaces to citizens’ untapped time and expertise – to help the area make the most of what it has and do more with less

LONDON, United Kingdom – Public Health: Empowering citizens to monitor and improve their own health through a coordinated, multi-stakeholder platform and new technologies that dramatically improve quality of life and reduce health care costs

MADRID, Spain – Energy: Diversifying its renewable energy options by finding and funding the best ways to harvest underground power, such as wasted heat generated by the city’s below-ground infrastructure

SCHAERBEEK, Belgium – Energy: Using proven flyover and 3D geothermal mapping technology to provide each homeowner and tenant with a personalized energy audit and incentives to invest in energy-saving strategies

THE HAGUE, Netherlands – Civic Engagement: Enabling citizens to allocate a portion of their own tax money to support the local projects they most believe in

WARSAW, Poland – Transportation/Accessibility: Enabling the blind and visually impaired to navigate the city as easily as their sighted peers by providing high-tech auditory alerts which will save them travel time and increase their independence