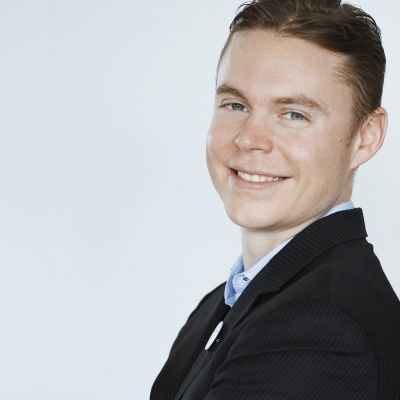 “All communities have the ability to produce successful entrepreneurs,” says Alex Forrester, chief strategy officer of Rising Tide Capital. “But without access and the proper resources, their talent goes untapped.”

Rising Tide Capital estimates that there are roughly four million Americans who are living at or below the poverty line who are interested in becoming entrepreneurs, but do not have the connections, resources, or access to capital to achieve this goal.

So in 2004, Forrester decided to help people in struggling communities start businesses and build sustainable communities through entrepreneurship by co-founding Rising Tide Capital. “We do this by providing entrepreneurial hopefuls with access to social, financial and knowledge capital,” says Forrester. “With those three tools, Rising Tide Capital believes that program participants can experience self-sufficiency, increase their income, and create jobs for others in their communities.”

Fifteen years later, in New Jersey, a Rising Tide Capital entrepreneur starts a new business every three days. “After two years of starting the program, an entrepreneur sees, on average, a 95 percent increase in sales,” says Forrester. “Additionally, participants can see a 63 increase in household income.”

“Rising Tide Capital has honestly been the best thing to happen to me. In the Community Business Academy I learned how to avoid pitfalls, price my services, gain exposure and budget,” says Geoffrey Allen, owner of Property Maintenance Guys.

Forrester discusses what he's learned from over a decade of supporting people living at or below the poverty line while empowering them to become business owners. He also speaks to how Rising Tide Capital is planning to take their approach to training entrepreneurs nationwide.

“My work is a response to the need I see around me in a way that feels both concrete and near-term but also deep and long-lasting in the lives of people and families and communities,” says Forrester. “In entrepreneurship, I’ve found that intersection point where we have the opportunity to pour affirmation, encouragement, and support into the place where people’s greatest hopes and vulnerabilities meet.”