Op-ed: Taking statues down is only the beginning.

It’s 2021 and Confederate symbolism is still on display in too many public places, from city parks to statehouses to the U.S. Capitol. Some communities across the country are taking action to remove Confederate symbols from public life—including from license plates, as mascots, and from state flags and public space. At least 160 Confederate symbols were taken down last year, according to the Southern Poverty Law Center. Yet the removal of statues and memorials in communities isn’t enough. These tributes to white supremacy have left long-term scars on our communities for more than a century that must be addressed.

After removal, communities must face the enormous challenge of remaking divisive public spaces into places that promote healing and reconciliation. We suggest that communities confronting these issues and seeking a way forward look at the recent experience in the city of Memphis.

As part of a national, multicity effort, a collaboration of public and non-profit partners in Memphis has transformed a six-city block area adjacent to downtown and the Mississippi River called the Fourth Bluff into a series of connected, vibrant and dynamic spaces that include a library, a trail and two parks. This transformation included changing the names of parks and the dramatic removal of Confederate monuments, but the work didn’t stop there.

The River Garden (formerly Jefferson Davis Park) has gone from an ignored plot of grass to a vibrant space that is inviting to all residents of Memphis, a majority Black city. Fourth Bluff Park (formerly named Confederate Park and the site of a statue of Jefferson Davis) has also been redesigned. Today, it hosts a compelling art installation designed to promote calm and introspection in visitors called the Memphis Peace Project. 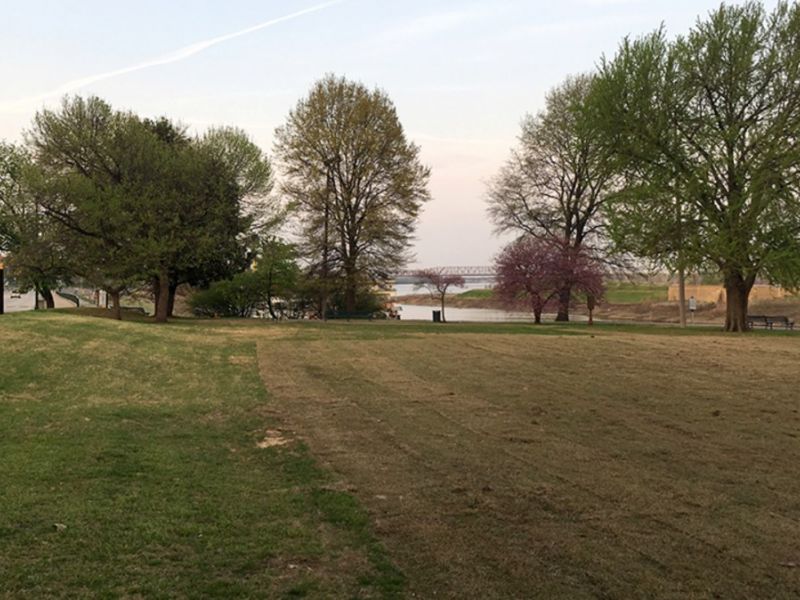 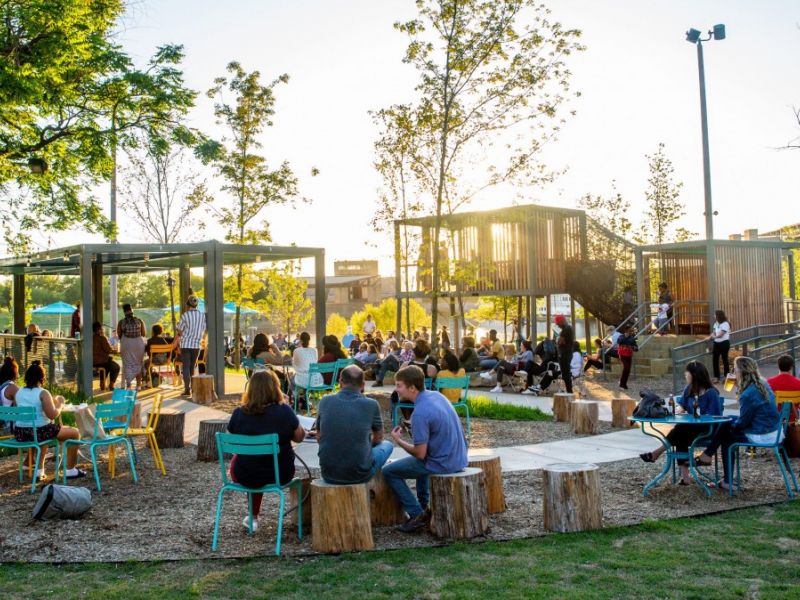 Swipe to see how the River Garden has been transformed. (Photos courtesy Memphis River Parks Partnership)

The reimagining of these spaces provides key lessons for other cities in the midst of removing Confederate monuments:

Removal may require creative, collaborative action. In Memphis, after years of working on the legal removal of monuments in the two parks without resolution, the City of Memphis got creative. In order to get around a state law that prohibited communities from removing historical monuments, the City sold two parks to a local nonprofit for a dollar each. On the evening this sale was approved in 2017, the new owner, nonprofit Memphis Greenspace, immediately acted to remove a Jefferson Davis statue from what is now Fourth Bluff Park. The lesson? Cities may need to consider a variety of options for legal and expedient monument removal.

Be intentional about healing. After the removal of the Confederate monument in Fourth Bluff Park, Memphis River Parks Partnership—the non-profit organization in charge of daily management of the park—planted more 30 trees (known to reduce stress and improve mental health) and installed connective pathways to encourage people to walk through the greenery. The park currently hosts two pieces by prominent American artist Hank Willis Thomas, known for his themes of identity, history, and culture. Memphis River Parks Partnership also placed benches to create spaces for enjoying the vibrancy of the surrounding environment, and to serve as places of introspection, contemplation, and conversation. And today, the auditory art of the Peace Project provides sound recordings curated by local Black artists Ralph Calhoun, Talibah Safiya and Bertram Williams to promote introspection and healing.

Design for connections. Memphis’ River Garden was redesigned in a way that supports a wide range of uses. One area of the park includes walking and biking paths, porch swings overlooking the Mississippi River, an all-ages treehouse, firepits and café tables. This encourages more interaction among visitors and increases the opportunity for people of different backgrounds to connect as they climb on the tree house, swing on hammocks or grab a cup of coffee from the coffee stand. While many public spaces seek to separate users and activities, this Memphis park successfully works to bring people together, even while social distancing.

Hire staff to welcome visitors. In River Garden, the jobs of former park maintenance staff were refashioned as park rangers, with responsibilities including greeting every visitor in addition to their daily maintenance tasks. Rangers—who reflect the diversity of Memphis—proactively ask if they can improve visitors’ experience and are knowledgeable about programs, events and attractions in the city’s nearby downtown. With increased responsibilities, park rangers are paid higher wages and new positions have been created to provide a path to advancement to supervisory roles, creating better jobs for park employees and a more welcoming environment for park visitors.

Provide a mix of programs for diverse interests. The River Garden and Fourth Bluff Park host a number of regularly occurring programs on a daily, weekly and monthly basis, all with low (or no) fees for participation. These include yoga, salsa dancing, roller-skating, basketball and concerts that draw a racially and economically diverse audience to the parks. With kayak rentals and lessons available on the riverfront every day—free on special occasions—Memphians without other access to boats can see the city from the water for the first time.

Communities thrive when people from all backgrounds come together to share experiences in public space. For connections to happen and for collective healing to occur, there must be an invitation to step into the civic commons, offered in good design, in staffing that prioritizes human connection and in programs that appeal to a wide diversity of interests. While remaking these spaces alone cannot provide the healing and reconciliation needed, reimagining the spaces left behind after the monuments are removed is a critical first step to promote the connected, equitable communities we need.

This story is a part of The Future of Monumentality, a series exploring the role of monuments in public space in the 21st century. This series is generously underwritten by the High Line, a nonprofit organization and public park on the West Side of Manhattan whose mission is to reimagine the role public spaces have in creating connected, healthy neighborhoods, and cities. Note: The Kresge Foundation, which employs one of the authors of this op-ed, was also a financial supporter of Next City’s Future of Monumentality webinar series.

Van D. Turner, Jr. is an attorney and a member of the Shelby County Board of Commissioners in Memphis.  He is also president and CEO of Memphis Greenspace.