What Makes a Racially Equitable City?

Op-ed: A racially equitable Richmond is one that makes my dad feel welcome. 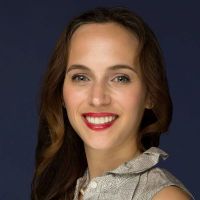 I grew up as the only child of my single-mother, Lydia Mercado. I had a complicated relationship with my biological father, Dimiter Gorchev, who was 23 years older than my mother. Dimiter struggled to connect with me, his Puerto Rican daughter who grew up in the 1980s/90s in San Juan, Puerto Rico, and Newton, Massachusetts. Dimiter grew up in Sophia, Bulgaria in the 1930s/40s. He served time in a Stalin work camp, and orchestrated our family’s dramatic escape from communism, which even included hidden compartments in car floors.

The man I call “dad” is Lou Jones, who has been in a relationship with my mother since I was in 3rd grade. Lou is the grandfather to my children and the predominant male figure in my life. Lou is a professional photographer who taught me how to tell visual stories by framing the world through a camera lens and the value of great penmanship.

When Lou came to visit my husband and me in Richmond in 2012, he looked uncomfortable. I prodded him on what was up. Did I say something? Was he mad? Aside from being an expert photographer, Lou is a fantastic storyteller who captivates audiences with tales of his travels and experiences. But Lou seemed off on his visit. Then he told me a story, and as expected, it was a captivating recount of his experiences in Richmond as a boy and it went something like this:

“As a kid, I spent the summers in Hanover where I would hang out with my aunt and cousins. I would accompany my aunt to deliver eggs to the cafeterias of department stores in Downtown Richmond. I remember traveling on the bus to deliver eggs. I remember needing to go to the bathroom but refusing to do so because I didn’t want to go to the colored bathrooms, because in D.C., where I lived, we didn’t have “colored bathrooms” and “white bathrooms,” we just had “bathrooms.” As a boy, I couldn’t voice that sense of fear to my aunt, so I just held my pee all the way back to Hanover. Decades later, I came to Richmond as an accomplished professional photographer to photograph Douglas Wilder, and I pissed all over Richmond.”

My dad is Black. When Lou says “I pissed all over Richmond,” he says it with a sneer on his lips and smile in his eyes. Richmond traumatized Lou as a child and the memory of this city is profoundly negative for Lou.

That day in 2012, Lou told me that he only came to Richmond to visit me, but otherwise, would never want to set foot in the city. He does not feel like Richmond is a place that welcomes people with his skin color. This was coming from a man who has lived in Boston for over 50 years, a city that has had its fair share of racial discrimination.

As time passed, and my years as a Richmond resident increased, I realized that every single time Lou comes to visit me, his visit is a profound act of love – one where he sets aside his childhood wound in order to spend time with us.

So here’s where we come back to my mom. My mom is a city planner. Throughout her career (she is retired now), Lydia worked on transformative projects that profoundly changed how places function. She worked on Boston’s Big Dig (major multi-billion dollar that converted an elevated highway into a tunnel with a park on top), the Southwest Corridor (park on top of a submerged train to reconnect the South End and Back Bay in Boston), Boston’s Mission Hill public housing redevelopment, and TrenUrbano (a new subway line in San Juan). As I have grown up, I have seen how the long-term planning projects she worked on led to the complete reformation of entire parts of Boston and San Juan.

I entered the city planning field because I want to help create better places for all people to thrive. Locally, in Richmond, my work has centered on creating Richmond 300: A Guide for Growth, the new citywide Master Plan that charts a path to design a more equitable, sustainable, and beautiful Richmond on its 300th birthday in 2037. I find urgency to do this work because I want Richmond to show the world that the former Capital of the Confederacy can be reborn as the Capital of Reconciliation and Equity. But more personally, I am driven to do this work, because I want Lou to feel welcome and included in this city that I have come to love.

As defined in Richmond 300, an equitable Richmond is a city where all Richmonders have equal or equivalent access to goods, services, status, rights, power, and amenities. From my perspective as an urban planner focused on the built environment, “access” has a physical component as well as an ownership component. Physically, we need to expand the geography of opportunity for traditionally marginalized Richmonders (low-income individuals, Latinos, Blacks) to live and work near daily essential services, like parks, grocery stores, childcare, schools, health care, and more, without having to spend a lot of time traveling to get to those daily needs. In terms of ownership, we need to ensure that communities that were intentionally left out of wealth building opportunities have priority access to own property, businesses, and process. I have four ideas that I think I can help Richmond expand physical and ownership access.

Rewrite the zoning ordinance: One tool for increasing access is through the zoning ordinance. The zoning ordinance is a legal document that outlines what property owners may build on their land and how the building and site must be designed. In 1911, Richmond passed a race-based zoning ordinance, which was struck down by the U.S. Supreme Court as unconstitutional in 1917. In 2020, the passage of the Richmond 300 plan called for rewriting the zoning ordinance. The rewrite of the ordinance must be approached with a view to expand the geography of opportunity for all people, regardless of race and income, to live and work throughout the city. The ordinance rewrite could expand housing options by-right along and near major roads to include a combination of multi-family housing, duplexes, small-lot residential, and accessory dwelling units. The ordinance rewrite could look to allow more mixed-use development by-right so that development can include retail, services, and offices near and along major roads to make it easier for Richmonders to travel between their homes, work, and daily essential needs.

Reconnect the city: Just as major infrastructure projects destroyed strong Black communities, intentional and community-driven infrastructure projects can reknit Black neighborhoods and expand connectivity to new areas of town. A decking of I-95/I-64 with parks, paths, streets, and buildings to reconnect Jackson Ward to Gilpin Court can unleash a major flourishing of both communities as they are physically reunited. This would just be the beginning of reknitting communities that are cut off by infrastructure – other parts of Richmond that could be reconnected include reconnecting Historic Fulton to Chimborazo Park and reconnecting Randolph to the Fan.

Establish programs that increase generational wealth: Another tool to increase access is to intentionally shape programs that increase the wealth of Black households by seeking to undo the wrongs committed by racist zoning, blockbusting, deed covenants, and redlining. This is where the private and philanthropic sectors need to assist. The City government is limited in its legal abilities to create grant or loan programs that specifically create opportunities for Black homeowners or business owners because doing so may be considered unconstitutional for giving preference based on race. Private and philanthropic groups need to create forgivable loans or provide grants to assist Black homeowners with home repairs, to capitalize Black-owned businesses, and to increase the capacity of Black-led non-profits.

Expand engagement and education of city planning: Since Jane Jacobs published her famous missive, The Death and Life of Great American Cities, in 1961, the city planning field has become increasingly focused on developing community-driven plans to attempt to solve enormous problems, like concentrated poverty, environmental degradation, and more. The process and planning to solve huge problems in our built environment requires time, capacity, and dedication. Many groups that traditionally do not engage in planning processes love their communities and have great ideas for how to address the problems in their space – but they lack the time and capacity to dedicate to a community-driven solution. Everyone in Richmond must play a role in shaping the city, beyond those with city planner titles. There are a few ways to expand education and engagement in city planning, particularly focused on groups that are traditionally not well-represented in community planning efforts:

As a professional photographer, Lou taught me how to tell stories through written, oral, and visual methods. As a city planner, my mom taught me that implementing big initiatives – like rewriting the zoning ordinance and decking highways – is a long-term game that requires a groundswell of support and significant financial commitments. The projects my mom worked on took 10 to over 30 years to complete from idea to completion. The Big Dig in Boston was an idea that took thousands of people, billions of dollars to complete, and resulted in the complete transformation of Downtown Boston. The Mission Hill public housing redevelopment transformed an area of concentrated poverty into a mixed-income community. Each one of these projects transformed the city and took a long time and many resources to develop. The same will be true for Richmond.

The four ideas I presented here are two ways to expand the geography of opportunity through zoning and infrastructure and two ways to expand ownership in land, businesses, and process. These ideas can begin to transform Richmond into a place where people with traumatic memories of this city can begin to heal and find space in the city. Richmond can work together to create a more equitable city – we just need lots of support, financial investment, and patience, a whole lot of patience, because the work of physically transforming a city takes time.

Maritza E. Mercado Pechin, AICP is a Deputy Director with the City of Richmond, Virginia where she is leading the Office of Equitable Development, which is focused on working laterally across City Departments and with the Richmond community to create a more equitable, sustainable, and beautiful Richmond. Originally from Puerto Rico, Maritza grew up in Massachusetts and Puerto Rico. She earned an AB in Government from Harvard College and a Masters in City Planning from the University of Pennsylvania. Maritza has lived in Richmond for 10 years, which is the longest she has ever lived anywhere.

Black and Brown Placemaking Rooted in Identity and Ownership

Richmond Youth Using Art to Push for An End to Incarceration