Life for the next mayor of Nashville won’t be all concerts and It City glow. Here, the six issues her or she must face. 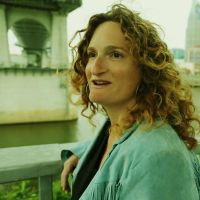 Public transit is a contentious and critical issue in Nashville. (AP Photo/Erik Schelzig)

Today, President Barack Obama will be on the ground in Nashville, talking about his immigration executive order in a city with a keen interest in the issue, thanks to an exploding immigrant population. True, Tennessee doesn’t share a border with Mexico. It doesn’t have the national immigration headlines of Texas or California, but in the last 20 years, its foreign-born population has increased from 2 percent to 12 percent of the total. This fall, Nashville Mayor Karl Dean created the Mayor’s Office of New Americans, designed to help those immigrants, many of whom hail from Kurdistan, Somalia and Mexico, with life in the states.

Dean’s second term ends in August (Music City’s mayor, vice mayor and council members face term limits), and currently there are six candidates vying for the top job in the Tennessee capital. Whoever prevails will take over a city in the midst of a major growth spurt; the Metropolitan Planning Organization estimates that nearly one million more people will move to the Nashville region by the year 2035. With that growth comes both new issues and super-sized servings of current issues. (You can read more about Nashville’s boom here.)

There are six areas where the six wannabe mayors are likely to focus their attention during their candidacies, and where the winner will have to make progress during his or her first term. Some of the issues are universal. Others are uniquely Nashville.

Immigration: While Obama’s visit shows immigration is at the forefront of the Nashville conversation, this is a key issue, but not a new one. Refugees were settled here by the federal government starting in 1970s. The next mayor will have to develop programs to help these populations in a number of areas, including housing, job training and education. Currently students who don’t speak English as their first language (or at all) can struggle in public schools not equipped for large number of students who need English as a Second Language assistance.

Public transit: One of the stalemates of the Dean administration has been the ongoing debate for AMP, a proposed seven-mile bus rapid transit line that would connect several major neighborhoods by public transit. Proponents say it is the first spoke in a more comprehensive transit map, focusing on a thoroughfare that is of use to locals and tourists. Opponents say it will cost too much in taxpayer dollars, cause more gridlock than it alleviates and prevent drivers from turning left. (Some also say NIMBY.) Even if AMP isn’t the answer (and, given some Koch Brothers-style statewide opposition, it probably won’t be), the next mayor will need to figure out how to get the city on wheels.

Sidewalks: If there is anything Nashvillians talk about more than country music, it’s sidewalks. (There’s probably a country song about sidewalks being shopped around right now.) Outside of downtown and near the Vanderbilt University campus, many city neighborhoods have a marked dearth of the pedestrian walkways. Walking the dog, getting to the 225-mile (and counting) Greenway system in order to take a walk or go for a run, often involves balancing on the shoulder of the road. In order for Nashville to be a city of the next century — one that makes it easy for residents to avoid traffic and tourists to explore — there are going to have to be ways for them to do so by foot. Figuring out ways to add the long overlooked infrastructure, such as requiring developers to do so on new properties, will be essential for making Music City walkable.

Education: Like many — most? — cities, Nashville’s public school system is in disarray. Depending on which metrics are cited, student performance is down. In addition, budgets are stretched and charter schools have vocal, passionate supporters and detractors. (Jeremy Kane, founder of LEAD Academy, the city’s largest charter-school operator, is one of the six potential candidates for the top office.) The decision to possibly switch East Nashville’s Kirkpatrick Elementary School to charter school management has the vocal neighborhood talking. Many believe that Nashville will lose corporate headquarters and other high-profile economic influxes if the public education system isn’t a draw for new residents.

Affordable housing: In November, AOL Real Estate named Nashville one of 10 hot housing markets to watch for in 2015. Neighborhoods that were once considered low-income, including Salemtown and The Nations, are rapidly being gentrified, with new condo developments and construction evident on even the quickest of drive-bys. In a city filled with creative types, the increasing shortage of affordable housing is bemoaned across demographics. In 2013, the city helped launch the first subsidized housing designed for artists, Ryman Lofts. The 60-unit building filled quickly and won’t have spots open until 2016, an indication that more is needed. A private developer is working on a cluster of apartments built from shipping containers that will provide another few in-demand units. But the next mayor will have to craft policies that make it possible for the people moving to town to have somewhere to live.

Taxes: The state of Tennessee does not have income tax (and in November 2014, voters approved a constitutional amendment prohibiting the non-existent tax from ever being voted into existence), which is part of the area’s lure for residents relocating from New York, Los Angeles and Chicago. Meanwhile, tax breaks have become a fairly routine economic development play for the city. For example, Bridgestone Americas was given a 20-year tax abatement to move its headquarters downtown (it is currently near the airport, though there were rumors the company would relocate if the pot was not sweetened locally), and the ABC drama Nashville received some $20 million in subsidies over its first two seasons of filming in the city. All of that is well and good, but to pay for the things listed above — from schools to sidewalks — a municipality needs a healthy tax base. The city sales tax is already at 9.25 percent.

Margaret Littman is a Nashville-based journalist who covers small businesses, economic development, travel, music and all manner of other topics for publications ranging from Entrepreneur to Rolling Stone Country. She is the author of many travel guidebooks, including Moon Tennessee and Moon Nashville. Since back moving to Music City she has acquired a 1967 Ford pickup and a lot of pairs of boots, but still not the ability to carry a tune.

Two Years After Tornado, Nashville Is Rebuilding With Equity in Mind

As Absenteeism Skyrockets, Schools Get Creative About Luring Back Lost Students