Jori Lewis talks to Pete O’Shea, the designer of the Community Chalkboard in Charlottesville, Va., which has just won a silver medal in the Rudy Bruner Awards. 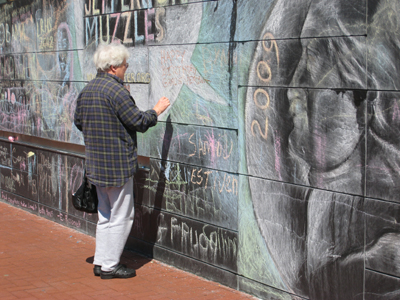