Only 3% of active physicians are Black women. A wave of new digital platforms is trying to make it easier to find them. 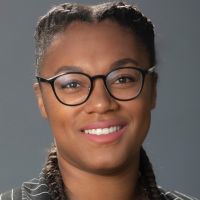 The trip from Sacramento to Oakland, California, is an hour and a half on a good day. Maybe three when traffic jams the highway. But it’s a trip some of Dr. Joy Cooper’s patients were willing to take to see a provider who looked like them.

“Otherwise,” she said, “they would not see a Black physician.”

Finding a Black provider who is in a patient’s insurance network, works nearby and is accepting new patients can be difficult, said Cooper, an OB-GYN practicing with the Alameda Health System. Only 3% of active physicians are Black women, but their presence is crucial given the history of medical mistreatment and health disparities facing Black Americans.

The result: Patients drive dozens of miles for health care or, she said, “people end up settling for less.”

Inspired by the need to increase access to Black women physicians, Cooper partnered with another doctor, Monique Smith, in 2018 to found Culture Care. The digital health site links Black women with culturally similar doctors who can give them advice on navigating relationships with their in-person medical teams. It was a move toward digital medicine before telehealth made its mark in health care amid the COVID-19 pandemic, using it as a potential solution to address racial health disparities.

Culture Care is among a wave of digital platforms and apps created to connect Black women with physicians and therapists who look like them in an effort to overcome some of the barriers that lead Black women to avoid getting needed physical and mental health care – and to receive substandard service when they do.

They include sites like Therapy for Black Girls, a service focused on destigmatizing mental health, and Health in Her Hue, which offers a database of culturally competent providers in dermatology, oncology and other specialties. The digital services were largely created by Black doctors and patients, women who are increasingly breaking into the tech space as entrepreneurs and using technology to address disparities in their communities.

“There’s a more robust understanding now of the importance of having culturally specific support and diversity on your care team as a Black person, as a part of a marginalized community,” said Maya Hardigan, who launched her own platform last year. “It actually can impact your health outcomes.”

Maya Hardigan is the founder of the digital platform Meet Mae. (Photo courtesy of Maya Hardigan)

It was the height of the pandemic and racial justice protests in 2020 that inspired Hardigan to sit down with her husband and assess if the family of five living in New York City could take on the risk of Hardigan leaving her job and launching a startup. Her vision was a digital maternal health platform aimed at increasing positive outcomes for Black moms. It launched last fall after she workshopped the product and built a small team.

The proportion of Black physicians nationwide has increased by only 4 percentage points over the past 120 years, according to a study last year by UCLA. In 1900, Black people made up 11% of the U.S. population and 1% of physicians. More than a century later, Black Americans were 13% of the population in 2018 and just 5% of physicians.

In Detroit, a city that is overwhelmingly Black, Dr. Ijeoma Nnodim Opara says, “Oftentimes, I’m still one of the very few Black doctors that they get to see.”

The mortality rate for white babies remained unchanged by the physician’s race.

Another study by Penn Medicine researchers showed that patients who see doctors of their own race are more likely to rate their health care experience higher.

Hardigan’s model is based on the notion that small interventions, such as risk screenings at the beginning of pregnancy and increased awareness of the signs and symptoms that patients should seek immediate medical attention for, can save lives.

Culture Care was designed with a similar intention.

“I can have an impact without being in the same room,” said Culture Care’s Cooper. Its team includes a pediatrician, family medicine physician, lactation specialist, and mental health therapist. The staff answers patients’ questions, advises on whether immediate medical intervention might be necessary, and serves as an additional support to Black patients.

It’s intended to recreate the sense of community historically present in Black neighborhoods when residents knew their local doctors and trusted them, Cooper said.

The motivation for Culture Care came from Smith’s personal experience as a patient in the maternity ward. She had been in labor 22 hours, and there were multiple complications. During postpartum recovery after an emergency C-section, Smith reached out to Cooper, who answered every text and phone call. Smith was concerned about her blood pressure and about the healing of her incisions. It was extra support that helped her navigate the health care system and access a doctor who looked like her – one that she knew and trusted.

“We’re a one-stop shop that you don’t have to leave your home to go to,” Cooper said. A lot of times, patients will sit at home not feeling well or wondering about symptoms without heading to emergency care centers, in large part, she said, due to mistrust. “Even if we can’t do everything here, sometimes you need someone to tell you to go now.”

Opara, the Detroit physician, notes that the culture and norms within the medical system are built for white physicians. Opara knew as a teenager that she wanted to go into medicine, but as an undergrad, she majored in African studies and learned about the disparities pervasive in health, education, wealth, and criminal justice.

“That informed the way I engaged with medicine,” said Opara. Addressing the social factors that influence health, particularly structural racism, is critical for improving health outcomes for Black Americans, she said.

The outlook for Black women looking for Black OB-GYNs for pregnancy care is somewhat brighter. In the speciality, Black women make up about 7% of active physicians, according to the Association of American Medical Colleges.

Black women are working against racism and bias in maternal health care as well as elevated rates of chronic conditions impacted by often limited access to quality, culturally competent care, she said. Small interactions eroded the trust she’d had with her providers during her own pregnancy.

“What they tell us is that we’re not really being seen and treated for all of who we are,” Hardigan said.

She was a Black woman working within the health system with good insurance and solid financial resources, she said, “and yet I still felt a lot of marginalization.”

A lot of the writing on Meet Mae’s websites is by Black women reflecting on what worked throughout their pregnancies and what did not. “We can share in our experiences,” said Hardigan, “and let our users know we’ve been there.”

It’s a space for an open conversation on what it means to be Black and pregnant with maternal death rates increasing. It also provides real-time symptom tracking with weekly check-ins to assess physical and emotional risks and concerns. It’s a pregnancy companion, Hardigan said, that lets moms know what they should be looking for at each stage of pregnancy and when to seek medical attention, if needed.

“This feels deeply personal for me as a mom of three girls,” said Hardigan. “We’re really looking to see the tide shift in time for the next generation.

This story was originally published by Capital B and appears here as part of the SoJo Exchange from the Solutions Journalism Network, a nonprofit organization dedicated to rigorous reporting about responses to social problems.

Margo Snipe is a health reporter at Capital B.

How the Affordable Care Act Can Keep People out of Prison

This Revenue Stream is Working Wonders for Community Health, But Some States Want to Take it Away