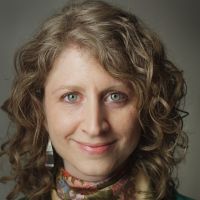 Sarah Kate Kramer is a multimedia journalist based in New York City and a regular contributor to WNYC Radio and various public radio programs. Much of Sarah’s work focuses on issues facing immigrant communities. She is the editor of Feet in 2 Worlds, a project that brings the work of immigrant journalists to public radio and the web. Sarah is also the creator and producer of “Niche Market,” a weekly segment for WNYC that profiles specialty stores in New York City. From 2010-2011 she produced the Next American City podcast, “Metro Matters.” In 2009 she received a fellowship from University of Southern California Annenberg, with which she produced a two-part radio series about language and cultural barriers facing immigrants in New York City hospitals. An avid traveler, Sarah has spent over a year in Morocco on a Fulbright fellowship, made field recordings in Chile and journeyed across the U.S. as a facilitator for StoryCorps.