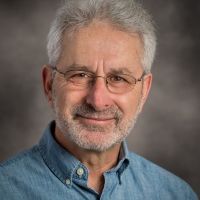 Peter Plastrik was born in Paris, grew up in New York City, and lived in four cities in Michigan. He is co-founder and vice president of the Innovation Network for Communities (INC), established in 2007. Along with John Cleveland, he was a founding consultant to the Carbon Neutral Cities Alliance and helped it develop its strategic plan and Innovation Fund. He also consulted closely with the Urban Sustainability Directors Network (USDN) and managed USDN's Innovation Fund. Pete has been the lead author on several INC reports about cities and climate change: “Essential Capacities for Urban Climate Adaptation,” supported by the Summit Foundation, and “Leadership by US Cities Innovations in Climate Action,” supported by Bloomberg Philanthropies. He is coauthor with John and Madeleine Taylor of “Connecting to Change the World: Harnessing the Power of Networks for Social Impact” (2014). He coauthored two books with David Osborne: “Banishing Bureaucracy: The Five Strategies” (1997) and “The Reinventor's Fieldbook: Tools for Transforming Your Government” (2000). He lives on Beaver Island in Lake Michigan with his wife, Deb, and their pugs.

The City within a Garden