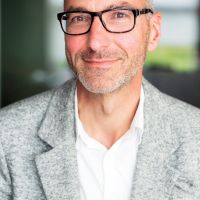 Menno Schilthuizen is a senior research scientist at Naturalis Biodiversity Center in the Netherlands and professor of evolutionary biology at Leiden University. The author of more than 100 papers in scientific literature, he has also written more than 250 stories, columns, and articles for publications including New Scientist, Time, and Science. A frequent guest on radio and television, he is the author of three previous books: Frogs, Flies, and Dandelions (2001), The Loom of Life (2008), and Nature’s Nether Regions (2014). Together with Iva Njunjić, he runs Taxon Expeditions, which organizes scientific expeditions for laypeople.

Darwin Comes to Town: How the Urban Jungle Drives Evolution