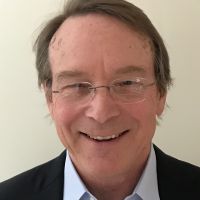 John Cleveland was born in Alexandria, Virginia, and spent the first 12 years of his life living in small Indian villages on the Yukon River in Alaska that are now “ground zero” for climate change impacts. Living in remote wilderness gave him an appreciation for the power of Mother Nature and the truth of the admonition “Don't mess with Mama!” Since Alaska, he has lived outside of Boston and in several cities in Michigan, where he worked first in state government economic development and then as a strategy consultant to small and medium-sized manufacturing companies, most of them automotive suppliers. Along with Pete Plastrik, he is a co-founder of the Innovation Network for Communities and has worked with Pete in supporting the growth of the Urban Sustainability Directors Network and the launch of the Carbon Neutral Cities Alliance. He is coauthor with Pete and Madeleine Taylor of “Connecting to Change the World: Harnessing the Power of Networks for Social Impact” (2014). He serves as the executive director of the Boston Green Ribbon Commission, a CEO network that is supporting the development and implementation of the City of Boston Climate Action Plan. The Commission work has given him a deep appreciation for the nuts and bolts of city-based climate mitigation and adaptation strategies. John lives with wife, Michelle, in Tamworth, New Hampshire, where he greatly enjoys hiking, skiing, biking, and building stone walls.

The City within a Garden