Though it precipitated an uptick of local pride, the announcement to build a new sports arena in Seattle and bring back the a beloved local NBA team was not the city’s most important economic news this week. Why economics should trump emotion in planning for future development.

Another sports arena for Seattle? Dcoetzee on Wikipedia Commons

This piece originally appeared on Does-Seattle-know-what-s-important/”>Crosscut.

We witnessed two blockbuster deals for Seattle and the region last week. One, the proposal to build a multi-use sports and entertainment venue in the SoDo neighborhood, captured the imagination of sports fans everywhere. The other, the announcement of Amazon’s intent to purchase there blocks in the Denny Triangle from the Clise family received nominal coverage. By any economic measure, though, the Amazon deal is much bigger for Seattle, with no public funds expended.

What does this say about us? And how does this reflect how we will negotiate with the NBA, the arena ownership group and others in the coming weeks? Will we be optimistic while at the same time maintaining a healthy dose of skepticism? And will we separate the emotional from the economic?

First, consider the Amazon deal to build 3 million square feet of office space, creating thousands of jobs, including the revenue that will create new shops and restaurants, and real estate excise taxes (REET) for the city. This is a huge long-term commitment that will continue to pay huge economic dividends far into the future. The thousands of high-paying jobs that will grow here because of this deal dwarf the economics of a new arena. As our vice president would say, “this is a big f#%&ing deal!”

In most cities this would be the biggest deal in decades. There would be press conferences, celebrations and photo ops—but not here. Not in Seattle. Here, we are under the trance of something that transcends economics. We see an opportunity to get back what was stolen from us: Our beloved Sonics.

We have been given an opportunity at redemption by a local guy from the neighborhood, Chris Hansen. Hansen graduated two years behind me at Roosevelt. I never knew him but am proud nonetheless that he is stepping forward with this plan. Hansen has made a proposal to the city to bring back the team that is both generous and audacious. The mayor and the county executive are completely right to work with him to find a way to make this happen.

I don’t doubt Hansen’s civic pride as the driving force for his proposal. Because, let’s be honest, the year-to-year economics of an NBA franchise don’t add up. The return on investment comes upon the selling of the team. Ask the former ownership group of the Sonics—the people who have their names on the symphony, opera, aquarium and zoo. These are the people who tired of the cash calls to prop up the team the last time. And ask David Stern, who said before the last players’ strike that the NBA business model doesn’t work. All one can say is: Duh, David.

The job of elected officials and the community at large will be to take off the rose-tinted glasses for a while and separate the longing for a team from the economic consequences—unintended and intended. As a basketball fan, I find this exercise personally very difficult. I want the Sonics back. I too was captivated by the opportunity to bring our team back as well as the intriguing idea of an NHL team. We’ve only had three championship teams in Seattle and one of them was the 1917 Stanley Cup winning Seattle Metropolitans.

Our emotional attachment to sports explains why the blockbuster Amazon deal was pushed to the “also happened today” status last week. Because if we were analyzing these events based on the economic benefit to the city, there really is no contest—the Amazon deal is the clear winner. And this deal happened entirely between private parties. You’d think a little celebration would be in order.

Similarly, the economic benefit of an arena to the city and region for other business sectors needs to be accounted for. The seaport (Full disclosure: I work with the shipping industry) needs to be part of the cost-benefit analysis of the arena proposal. The impact of five sports teams, events and three stadiums and an exhibition hall adjacent to busy marine terminals, which move over a million containers a year, deserves to be studied seriously to make sure that our emotional and civic needs don’t detract from our more basic need to keep our economy chugging along and creating good-paying jobs. 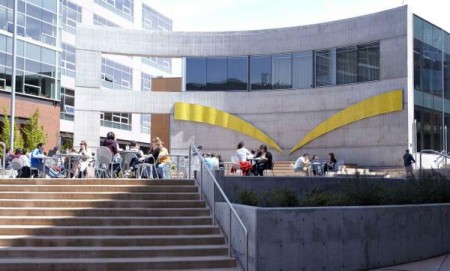 Beyond these questions, investors in the arena complex will eventually want some return on their investment. While we don’t know who makes up the investment group, one can guess that some will have real-estate interests in the area. Since the team itself will only cost money, other avenues of profit must be opened. Will there be opportunities for investors to build hotels, condos and restaurants? Is the new arena (likely a mall with a basketball court and hockey rink) a catalyst for more development and rising property values? Who knows?

What kind of traffic mitigation is planned for the area to keep things moving while not threatening the port’s international competitiveness? How many new parking spaces will be needed? It’s doubtful that fans from Bellevue paying $100 for a ticket will be taking the bus in.

And finally, why has Seattle Center always been rejected so out of hand? Aren’t we investing millions in traffic improvements there? Wouldn’t it by great for Lower Queen Anne businesses to be bustling again with Sonics fans? Three million square feet of office space being built by Amazon is within walking distance to the Seattle Center. The Gates Foundation is right there. We know that KeyArena is not big enough to house all the restaurants and shops that are part of the new NBA economic model. But there must be space to build what’s desired there.

I remember, as Chris Hansen does, the magic of going to the Seattle Center to watch the Sonics’ greats of Slick Watts, Gus Williams, Marvin Webster, Shawn Kemp, Gary Payton, Downtown Freddy Brown and all the rest. I was heartbroken when our team was stolen from us. I am cheering for a deal to happen and believe Mayor Mike McGinn is doing the right thing. My heart is right there.

My questions stem from the side of me that knows the long-term success and growth of our city and region is most dependent on the job growth and dynamism of the private economy. Sports are part of neither the private nor public economy. Sports occupies that realm where it’s easy to lose perspective and common sense.