A Tale of Two Cities

A Tale of Two Cities

A small old city and a gigantic new one demonstrate how mass transit and walkability are both needed to free you from your car.

Recent visits to Los Angeles and Savannah showed me how mass transit links and walkability are just two sides of the same coin. Without both, you will need a car to live somewhere, and most people need a car to live in either L.A. or Savannah. 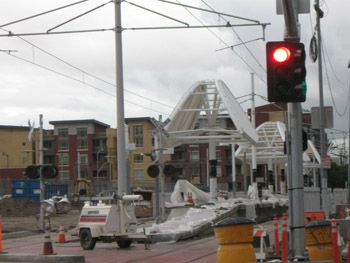 While L.A. has stepped up its construction of light rail in recent years, and it has an extensive public bus system, no one in L.A. seems to go anywhere without a car if they can avoid it. To wit, the friends I was visiting had not been to the light rail station that is closest to their house, even though it’s less than a mile away. I discovered the reason when I tried to get to their house without a car. The streets of their neighborhood, Mount Washington, which is built on a steep hill, are in no way designed for pedestrians. Too narrow for buses or trolleys, they wind, they dead-end and they lack sidewalks. Carrying two bags in the rain and constantly doubling back to find my way was a very unpleasant experience. While the rail lines need to cover much more ground (a process that one former city official told me will take 30 years), they will never make neighborhoods like Mount Washington truly accessible for non-drivers. The problem with L.A. in many places (though not all, Santa Monica and Hollywood Boulevard were just two of the exceptions I saw), is that the areas that are linked by mass transit are simply unwalkable. 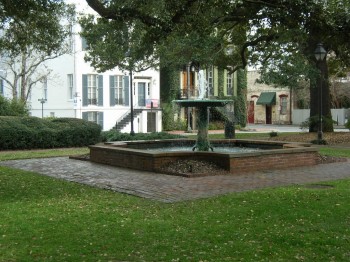 A square in Savannah, Georgia.

Savannah has precisely the opposite problem. Its historic core is a glorious pedestrian experience: Tree-lined sidewalks, slow traffic, beautiful greens, and median strips characterize the streetscape, while the houses all face the street and none hide behind garages. And yet you cannot get from the airport to downtown without a car. If you do not have a car it is $30 for a cab. So whereas L.A. has a bus from the airport to the central train depot, Savannah chooses not to capitalize on its own accessibility. The result is that no one, except for a few students who bike around, can live there without a car. The larger lesson is that neither mass transit nor walkable urbanism is sufficient to wean us off our automobiles. Since so many places have neither, we may often forget that it is a two-step, not one-step, approach that is needed.