Nationally, housing values have decreased by nearly $7 trillion dollars. But one real estate expert in Seattle thinks that the bottom—and thus soon afterwards, a slow but steady recovery—is near for the area.

Area around the University of Washington in Seattle. Flickr user brewbooks

“I didn’t see the massive size or depth of the bubble,” Orser admitted in a recent interview with Crosscut. “I started to sense some changes in the markets but thought we were in a different place, that we in the Northwest were immune because we had a thriving economy, even some supply shortages.  Turns out we were not immune.”

Case-Shiller and other experts put the total national loss in the value of homes from the peak in mid-2006 to the end of 2011 at about $6.8 trillion. That’s about half the size of the country’s gross national product. People who bought at or near the top of the market suffered the most, while long-term owners saw little more than paper profits and losses. Orser said the correction here was about 25 percent to 30 percent of the value of homes. But there are differences in markets from place to place. In Las Vegas, for example, the losses were in the 60-70 percent range.

“We came to the party late and didn’t party as hard as some others, but it looks like we are going to leave the party at about the same time as everyone else,” Orser said.

Does that mean the housing market could finally have touched bottom?  Probably not, though the declines are likely to continue to be smaller and smaller, then start a slow rise.  Zillow.com, a leading real estate information company, said a survey of real estate professionals showed a 1.97 percent decline between the fourth quarters of 2010 and 2011. Home prices will fall another 0.18 percent by the end of 2012 and only begin to rise modestly in 2013. “Modestly” is definitely the right word: By the end of 2016, the survey showed home prices will be just 9 percent higher than they are today.

“Home sales are beginning to increase, but are dominated by distressed properties that are dragging down price aggregates,” according to Glenn Crellin of the Washington State Housing Market Report from the Washington Center for Real Estate Research at the University of Washington. “Housing is remarkably affordable, but many buyers are remaining on the sidelines waiting for prices to hit bottom. Because of the seriously delinquent and foreclosure-pipeline properties, it is likely prices will continue to decline compared to a year earlier throughout most of 2012.”

Crellin’s report, which covers the final quarter of 2011, said that with 77,000 seriously delinquent mortgages throughout the state and a foreclosure rate of roughly 5,000 per quarter, the overhang of distressed properties “will impede the market during 2012.” 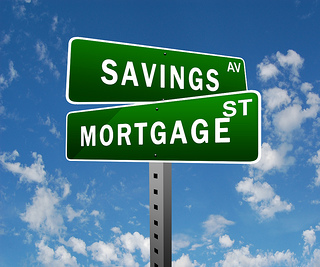 Orser sees some of the same trends but is concerned most about the “shadow inventory.” That includes homes that are “under water” but are not (yet) in the categories of delinquent or foreclosure.

“How will the market clear?” Orser mused. “That’s the question.” Orser sees a bottom to the housing market coming, even with a bump down occasionally in prices or housing starts.  There will be a steady climb from this year to 2014, he thinks, and no return to the bubble years, just a steady upward climb.

Banks are getting smarter about homes as well, Orser said, by not just dumping them on the market or abandoning them when in foreclosure.  “They are thoughtfully ignoring defaults,” Orser said, “and allowing people to stay in their homes.”  It helps to maintain the homes, helps the neighborhoods retain quality, and puts some limits on new supply.

Another trend is “investor” purchases of homes.  Orser sees a number of people buying homes and condos at extraordinarily low prices as an investment.  There are anecdotal stories of ordinary people with a little extra cash buying properties.  “You can charge a relatively low rent, enough to maintain the unit and the mortgage,” Orser noted.  It is a bet, of course, on an upswing in the housing market, but not a bad bet at this point.

Another issue for Orser is appraisers, whom he sees as being overly formulaic. He cites the Quadrant project at Redmond Ridge.  “We’ve had very few foreclosures there,” Orser said. “It is a stable community.”  But if appraisers draw a five-mile radius around a home on the Ridge it can include some areas where values have not held up.  You end up with “comps” (comparable sales) that do not provide an accurate picture, Orser said. “So it creates a downward cycle that is a function of the process rather than of the market or the true value of the real estate.” 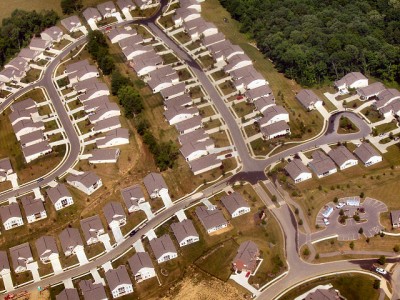 How has Weyerhaeuser reacted to the housing market with its Quadrant Homes division?  Lending has tightened considerably, Orser said, making it harder for people to get the money to buy a house.

Quadrant has done two things.  One, it now customizes homes for customers.  “That means moving walls,” Orser said, allowing homeowners to create the kind of house they want.  Second, there are more programs to ease the financial strain such as paying mortgages for six months if a homeowner loses a job or guaranteeing rental income from a house that a buyer is trying to sell.  One innovative program helps people repair their credit rating by assisting them with budgeting and money management.  There are 100 participants in that program now.

Orser himself is an interesting blend of business executive and environmentalist.  He has supported a number of environmental and sustainability groups and issues and is the current chair of the board of Forterra, formerly the Cascade Land Conservancy.

He graduated from the University of Puget Sound in the mid-1970s with a degree in natural sciences and chemistry.  “I envisioned myself as an environmentalist and even got a job as a technical writer for an environmental engineering firm.”  But that was not for Orser and he got a degree in urban planning from the University of Washington, which led to the job at Quadrant.

“Quadrant is in real estate, a builder, but it has its roots in Weyerhaeuser and timber sustainability,” he said.  “Growing trees gave the company a respect for the land.”

An example: Quadrant had a development on the Sammamish Plateau and the land included a 100-acre “bog or lake or swamp,” Orser recalled.  “We did not know what to do with it,” he said.  “Who would take care of it?”  Orser said he bumped into Gene Duvernoy, president of the Cascade Land Conservancy, and soon an arrangement was worked out with fee title to the conservancy and a conservation easement held by King County. The homeowners association makes an annual contribution to the preserve.

“Today that is the Hazel Wolf Wetlands Preserve with a weir, boardwalk and thousands of school children visiting it each year to talk about cattails and frogs,” said Orser.

The Farm Helping Indigenous Seattleites Reconnect to Their Roots

Seattle’s New Arts and Culture Development Entity Is About Power, Not Just Money

The Cities Trailblazing Transit Service into the Wilderness

Want a Stronger City? Forget the Tax Breaks — Invest in Shorter Commutes Instead