El Paso, Texas, Is the Host City for Next City’s National 2022 Vanguard Conference

El Paso, Texas, Is the Host City for Next City’s National 2022 Vanguard Conference 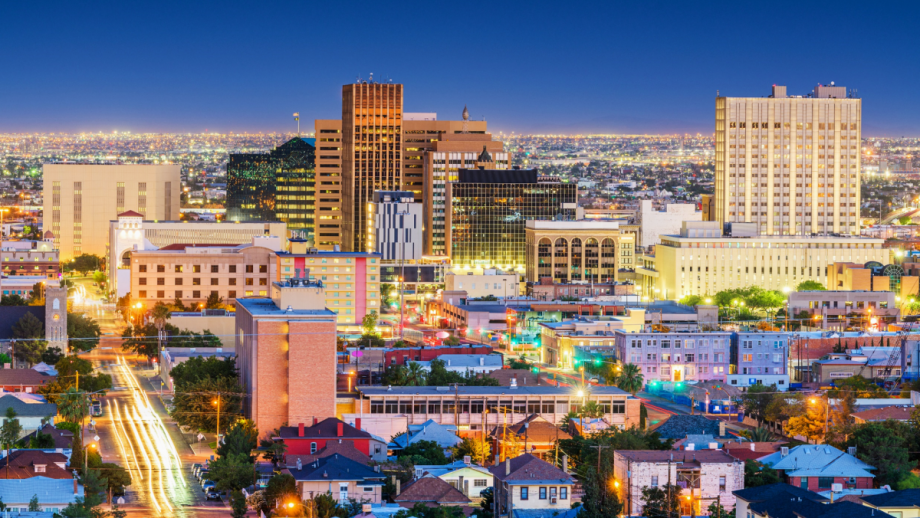 Next City announces our newest Vanguard convening, happening October 24–27, 2022, in El Paso. The conference will be organized in partnership with a local host committee and is supported by a grant from the Mellon Foundation.

El Paso sits in the far west corner of Texas on the Rio Grande, across the border from Ciudad Juárez, Mexico, the largest city in Chihuahua state. With a population of nearly 870,000, El Paso is the second-largest majority-Latino  city in the United States and the largest U.S. city along the Mexican border.

“Nothing better could showcase our city and seek deep insight from the next generation of urban leaders than to host Next City’s Vanguard conference,” says Peter Svarzbein, City Representative and 2018 Vanguard. “As a Vanguard alumni myself, I can’t wait to join the meaningful dialogue and celebrate our dynamic and progressive border community.”

El Paso finds itself at a compelling moment. The city has restored 6 vintage streetcars to travel a 4.8-mile route through uptown and downtown, connecting historic neighborhoods,  with  international bridges, an emerging arts district and baseball park and other attractions. A $900K federal grant will help to construct a “deck plaza,” intended to link neighborhoods on either side of Interstate 10. In addition to updating its downtown master plan, El Paso nears completion of a quality-of-life bond passed in 2012, intended to fund more than $470 million in improvements throughout the downtown. Still, these initiatives are not without obstacles and concerns. Locals have questioned the equity, environmental and economic impacts of the deck park; and the bond’s signature cultural projects have been delayed with cost overruns and litigation.

Given its location, El Paso is frequently enmeshed in the political debate that contributes to nationwide “anti-border” sentiment.  This predominantly Latino community is divided by an international border wall; but more than anything, locals see the border as an opportunity for collaboration, not as a threat.

Closer to home, El Pasoans say they are misunderstood or forgotten by the rest of Texas. They don’t see representation of their region’s identity, values or ideas reflected in the media.

Additionally, El Paso is the largest city in the country without an urban planning program at any of its universities.

“In bringing Vanguards to El Paso, we hope to inspire new narratives for the border, and strengthen partnerships across it,” says Next City Executive Director Lucas Grindley. “In addition, we will have a dedicated journalistic presence in El Paso before, during and after the conference. We want to amplify the solutions at work here and keep the entire Borderlands region in the national conversation.”

Next City’s Vanguard program brings together 40 rising urban professionals working to improve cities. Solving urban problems means working across divides and breaking silos, so Vanguard convenes professionals across borders and across sectors, including architecture, art, civic technology, community development, entrepreneurship, government, transportation and urban planning. Each year, Next City selects applicants whose smart ideas for cities, experience in the field and ambition for the future all show great promise. The conference is free.

With more than 500 Vanguards participating over the last ten years (as first-year cohort members and subsequently as alumni), Next City has created a program that advances the nonprofit’s mission to inspire social, economic and environmental change in cities through media and events around the world.

The four-day El Paso conference, conducted primarily in English, will include workshops, tours and conversations about the newest innovations and most pressing questions in urban development, infrastructure and public policy. Some events will take place across the border in Juárez, and there may be Spanish-language content as well. Vanguards will have the opportunity to work with organizations in the city to devise solutions to local challenges.