Zynga Got Tax Breaks to Keep Jobs in San Francisco, Then Laid Off 520 People – Next City

Zynga Got Tax Breaks to Keep Jobs in San Francisco, Then Laid Off 520 People 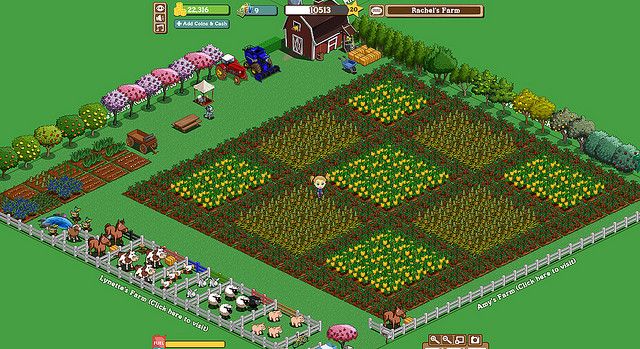 Zynga, the firm that invented FarmVille and flooded your Facebook feed with updates about your aunt’s virtual livestock, announced on Monday that it is laying off 520 people. That’s 18 percent of the San Francisco social gaming company’s workforce.

The same San Francisco social gaming company that got tax breaks from the city of San Francisco to supposedly keep jobs inside its borders. Commonly referred to as the Twitter Tax Break, Zynga saved roughly $1.5 million in payroll tax in 2011 — on stock-based compensation — according to an August 2012 story in the Wall Street Journal.

In April 2011 the San Francisco Board of Supervisors approved the payroll tax break, which exempted companies in the Central Market and Tenderloin districts from paying a 1.5 percent payroll tax for six years. It was intended to keep high-profile, fast-rising tech companies in the area, as policymakers hoped that their presence would usher in economic development. Twitter moved into its new Central Market offices last year.

But why do profitable tech companies, especially one valued at $7 billion for creating online farms, need tax incentives to stay in San Francisco? It’s not like they were clamoring to leave. (The San Francisco Business Times reported in 2012 that companies were migrating to the city from other parts of the Bay Area.) But much like sports franchise owners, some of these companies made hollow threats to skip town. And though they probably could have moved to Silicon Valley and retained talent, the fabric of their companies is based on not being in Silicon Valley. They might be part of the Silicon Valley establishment — they certainly have plenty of investors there — but Twitter and the other social media companies are decidedly urban enterprises.

Tech companies are volatile in nature. Yet San Francisco, a generally progressive municipality, gave tax breaks to tech companies to “keep” jobs in the city. Jobs that could go by the wayside as soon as the VC cash dries up or the dude next to you on the bus isn’t interested in farming online anymore.

Does tech have a spell on the world because of its supposed cool factor? I like my iPhone and Instapaper as much as the next tall skinny white guy in horn-rimmed glasses on the subway, but these well-funded companies shouldn’t be held to different standards. Their CEOs are basically Texas oil barons in hooded sweatshirts selling mobile apps. They don’t need tax breaks. What’s the return on investment for a city, and what happens when a company that was supposedly creating high-paying tech jobs starts firing lots of people? San Francisco is about to find out.