Yes, Detroiters Can Afford Whole Foods Prices, But It’s Not the Only Game In Town – Next City

Yes, Detroiters Can Afford Whole Foods Prices, But It’s Not the Only Game In Town 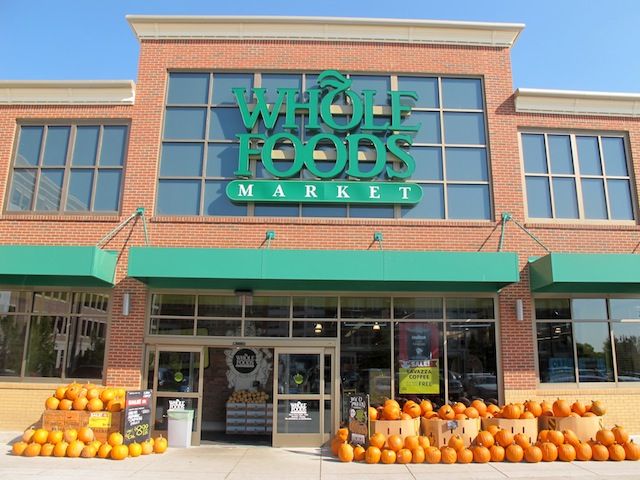 Whole Foods opened in Detroit’s Midtown neighborhood to much fanfare this past June. I’m in town for a few weeks and stopped by the grocer’s shiny new 21,000-square-foot store to scope out prices, pester customers with questions and see if the Whole Foods Effect has set in.

“I eat here twice a week,” said one man who works for the city and declined to give his name. “Subway will cost you $7. If you stick to the salad bar here, it’s real good. And way cheaper than a value meal at McDonald’s.” His friend, a health inspector employed by the city who also spoke anonymously (bureaucrats!), concurred. “The produce is real cheap. Like, the fruit and stuff is reasonable,” he said. “And if you go to a sandwich place around here, you have to tip the waiter. You’ll end up spending $12.”

You can’t talk about Whole Foods without talking about money. The store is typically considered expensive, even by upper-middle-class standards. Yet the two city workers mentioned above seemed pleased with the price point. And, if you steer clear of prepackaged foods and individually packaged organic chocolate milk ($4.69), the bulk produce is competitively priced. Kyle Hoff, who moved to Detroit from Chicago, said he thought the Whole Foods in the Motor City was cheaper.

And that’s with good reason. “Each individual Whole Foods has control over pricing for the most part,” said Keith Stewart, a spokesperson for the company. When asked if the lower prices at the Midtown location had anything to do with subsidized pricing — suspicions many around town share — Stewart demurred. “I don’t know that I’d use the word ‘subsidized,’” he said, “because there is no single pricing model for Whole Foods across the country.”

Midtown isn’t the grocer’s first urban rodeo. Whole Foods opened in Boston’s Jamaica Plain in 2011, and aims to open its second New Orleans store this coming February and Chicago’s Englewood neighborhood by 2016. There are stores in Manhattan, one coming in Brooklyn and of course, the chain’s flagship store in its hometown of Austin.

At each location, local hiring is big selling point, with a strong focus on education initiatives and alternative pricing schemes. Apples at the Detroit location, for example, are priced per apple, not per pound. “We did that to give people a little more clarity when purchasing their food,” Stewart said.

Whole Foods’ deep pockets and national reputation helped win over Detroit. “People were excited about the brand name,” said Carolyn Berger, an administrator at nearby Wayne State University. “[They thought,] Whole Foods is coming to Detroit, maybe it’s not such a wasteland anymore.” But what does a big-box store with good eats mean for other local grocers? Detroit was short on good supermarkets, yes, but Whole Foods isn’t the only game in town.

Over on Jalopnik, Detroit’s own Aaron Foley discussed the Motor City’s various shopping options when Whole Foods opened. Just south on Woodward Avenue between Midtown and the central business district is Ye Olde Butcher Shoppe, which opened just a year ago. If you’ll allow me to make sweeping generalizations, Ye Olde Butcher Shoppe caters to the same demographic as Whole Foods. It sells good produce, meats, fish and breads, many of which are locally sourced.

Michael Solaka, who co-owns Ye Olde Butcher Shoppe with his brother Peter, underlined the uphill battle that upmarket grocers face in the city. “When we decided to do it, not many other people thought it was a good idea, because no one had done it in 30 years,” he said. “It was a hard deal, and it got even harder when Whole Foods opened.”

Solaka was not crying foul at Whole Foods. He was simply discussing the difficulties of running an upmarket grocer in a city with much larger problems than where grass-fed beef is sourced. Asked if Whole Foods has drastically changed his business model, Solaka was stoic. “It’s been hard, but we’re still here today,” he said. Ye Olde does have a solid customer base in nearby Brush Park, and Solaka said that “the closer people live, the more they shop here.” The neighborhood model is at work, at least for now.

The more density there is, the better it will likely be for all grocers. Midtown and downtown have 96 percent occupancy in rentals. If more people were to move into Brush Park, they might feel more inclined to walk around the corner to Ye Olde rather than the half-mile to Whole Foods in Midtown.

This past April, Robb said that Whole Foods was going after “elitism and racism” with its Detroit store. One thing that pleasantly surprised me in my two trips there was the diversity of both the shoppers and employees. Detroit is largely black, and as Foley, who grew up in Detroit, wrote in June, “Everybody’s been all like, ‘ooh, black people can’t afford to shop there.’” That’s not the case, at least anecdotally. I would not say that situating a high-end grocer in a gentrifying section of a city is exactly attacking racism, but it does provide a nice microcosm of what getting dinner supplies in an ideal city could look like: A broad range of prices and people under one roof.

One thing is certain: The optics are good for Whole Foods to open in underserved urban neighborhoods. I imagine it’s not bad business, either.