World’s Biggest Tram Network to Get New Distinction in 2018 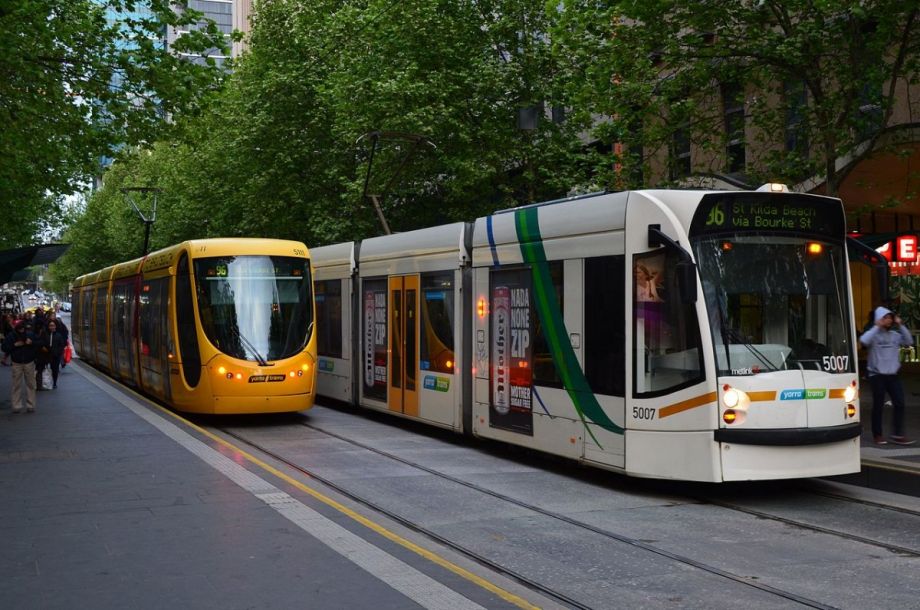 Melbourne’s tram network, with 250 kilometers of track (155 miles), is already the largest in the world. Next year, the system will add another distinction: It will be the first to be powered entirely by solar energy.

The state of Victoria is establishing two new solar farms to supply the electricity needs of Melbourne’s fleet of more than 400 trams by the end of 2018. The plants, located in the north of Australia’s second-most populous state, are expected to produce about 138 megawatts of electricity annually — several times the amount consumed by the trams, which handle more than 200 million passenger journeys each year. While electricity generated by the solar plants will flow into the overall power grid, the Victorian government says it will purchase renewable energy certificates equal to the energy consumption of the tram network. Through the initiative, the state, which is home to more than 6 million people, claims it will be able to cut greenhouse gas emissions by 80,000 tonnes every year, leading to a reduction in CO2 equivalent to taking 17,000 cars off the road.

“It’s a great initiative because trams are kind of synonymous with Melbourne,” Cam Walker, national liaison officer for Friends of the Earth Australia, says. “They’re really widely loved by the public.”

The transition to full solar power forms part of a broader clean energy drive by Victoria, which is often seen as the most progressive of Australia’s states and territories. Under Premier Daniel Andrews, a member of the Labor Party, the state has set clean energy targets — 25 percent by 2020 and 40 percent 2025 — ahead of the country as a whole. Despite the recommendations of a review into Australia’s future energy security by its chief scientist Alan Finkel, the federal government has ruled out a national target.

“The development of renewable energy and decarbonization of the energy supply is one of the key economic challenges and opportunities facing jurisdictions across the globe,” says Lily D’Ambrosio, Victoria’s minister for environment, energy and climate change. “The global economy is moving away from high-emissions energy, so it is imperative that we focus on diversifying our energy mix and bringing on new technologies. This is essential if we are to contribute to international efforts to meet the carbon emission (reduction) required to avert dangerous climate change.”

The state’s goals are certainly ambitious. It is aiming for zero-net carbon emissions by 2050, which climate scientists say is the level of reduction needed to keep global temperatures from rising more than 2 degrees Celsius. In August, Victoria followed up its headline-grabbing tram initiative by announcing it would award contracts for 650 megawatts worth of renewable projects through a reverse auction. If realized, the resulting energy output would be enough to power 389,000 homes across the state.

Whether such lofty aspirations will ultimately be realized, however, is up for debate.

Walker, of Friends of the Earth, says chances of success are “anyone’s guess at this point,” but the outlook would become clearer after the state announced specific emissions reduction targets in the coming months.

“At this point, there are no plans to shut down any further coal-fired power stations in Victoria or the country that are driven by government policy,” he says. “The only reason companies are exiting the market is because of economic decisions by the companies. So at this point we’re not on track to meet our targets, but we’re hopeful the actions of states like Victoria in the coming year will help drive us in the right direction.”

Conservative politicians, too, have poured skepticism on the state government’s plans. Matthew Guy, leader of the opposition Liberal Party, recently dismissed the targets as “political vanity,” saying they would do nothing to reduce electricity prices, which have soared over 200 percent for businesses since 2015.

“The reality is that power bills will rise as a result of a state-based renewable energy target — no one believes government spin that they won’t,” Guy said in August.

The Victorian government is undeterred. In a state that likes to tout its forward-thinking credentials, the government is keen to be seen taking the lead where others have dithered.

“The Andrews Labor Government is determined to position Victoria as the national leader in the renewable energy sector,” says D’Ambrosio. “Victoria has always been ahead of the curve and it intends to stay that way.”

John Power is a Melbourne-based journalist who has been published in The Guardian, The Christian Science Monitor, Vice, The South China Morning Post, The Irish Times and more.