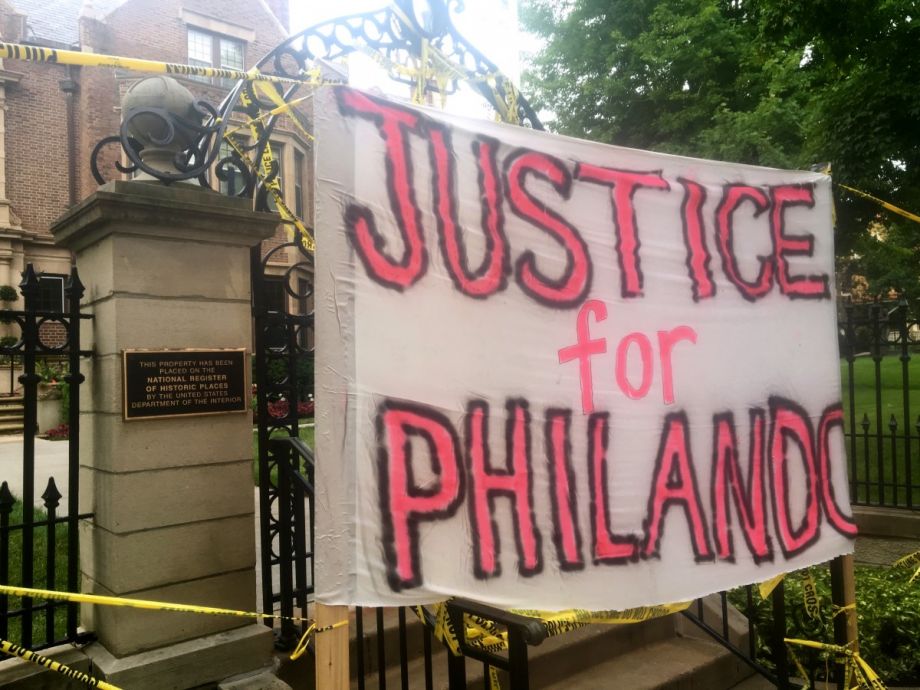 Minneapolis, the city where Philando Castile was killed by a police officer while being profiled and stopped in his car for the 49th time, spends 36 percent of its general fund budget on policing.

New York City spends nearly $5 billion on a police force that still prioritizes discriminatory and ineffective broken windows policing, even as its decaying public transit system calls out for investment.

Oakland, where seven police officers were charged with child sex trafficking and rape last year following decades of departmental corruption, spends just eight cents on its housing and community development department while in the grip of an affordable housing crisis compared to every dollar it spends on policing.

The fact that cities pour a staggering level of funds into dysfunctional and violent police departments while neglecting glaring community development needs reveals two things: 1) we spend too much on an institution that often fails to advance, and too often undermines, security in our communities, and 2) we spend too little on structures that actually cultivate community safety and economic success.

My colleagues and I at the Center for Popular Democracy, along with Law for Black Lives and Black Youth Project 100, analyzed budgets in 12 jurisdictions — mostly cities, some counties — and interviewed dozens of community organizations.

We found cities and counties continue to rely overwhelmingly on often harmful policing and incarceration policies, while under-resourcing more effective and inherently beneficial safety initiatives. Indeed, our report argues that we can achieve security and development through investments in education, employment, infrastructure, health and affordable housing.

Budgets are often spoken about as moral documents that reflect the choices and values of government. Most of the cities we profiled devote 25 percent to 40 percent of their general fund expenditures towards policing and criminalization, while shortchanging community investments.

In Atlanta, for example, only 1 percent of the general fund goes to the department that funds affordable housing. In Chicago, less than one tenth of one percent of the total operating budget is allocated towards youth mentoring programs. These budgets tell a story of where government priorities lie.

Take Baltimore, a city where 28 percent of Black residents live below the poverty line, nearly double the rate of white poverty, and in which there is a staggering 20-year gap in life expectancy between Baltimore’s richest and poorest neighborhoods.

Out of the top 20 largest jail systems in the country, Baltimore has incarcerated the highest percentage of its population in recent years. In the two decades leading up to 2012, the Baltimore Police killed 127 people — most of them Black — a significantly higher number than police killings in other cities of similar size. Freddie Gray’s death in 2014 while he was in custody of the Baltimore Police Department shined a spotlight on the often-racist treatment practiced by the department.

Yet despite the racial inequality and departmental dysfunction, Baltimore continues to generously fund its police department: This year it will spend $481 million, translating to $772 per person, on policing alone.

On top of this, for every dollar Baltimore spends on the police department, the city spends just five cents on the Office of Employment Development, which includes funding for jobs, and just one cent on its Substance Abuse, Mental Health, and Youth Violence Prevention programs.

Baltimore is a city that should be devoting fewer funds to criminalizing black communities and more on services that residents and organizers have long argued would actually advance safety and community development.

We found similar patterns in local budgets across the United States. Whether it is the $310 million Detroit spends on policing compared to the $29 million it spends on its Department of Wellness & Health Promotion, or the proposed $3.4 billion Los Angeles County plans to spend on two new jails instead of supportive housing and mental health clinics, local government resourcing of criminalization has undermined community economic development and safety.

As a result, communities are demanding change. Campaigns to shift resources from over-policing and incarceration toward actual community priorities are beginning to take root.

In New York City, for example, in lieu of the thousands of police officers hired to patrol schools and issue criminal summonses to children of color, youth organizers have called for an investment in social outreach workers and restorative justice programs that would allow children to succeed by reducing suspensions and dropout while also staying safe. In Contra Costa County in California, advocates have sought the rejection of a proposed jail expansion, and instead demanded that money be used to develop and operate sorely needed mental health clinics outside of the prison system.

With massive resources into police and criminalization coming at the expense of communities, shifting a portion of this spending into real safety investments is not just the moral thing to do; it is the practical thing to do.

It’s time to allow communities and its residents to envision and control their own safety — and how it is being resourced.

Kumar Rao is senior staff attorney for racial justice at Center for Popular Democracy and a co-author of the report, “Freedom to Thrive: Reimagining Safety & Security in Our Communities.”