Why I Want Community Organizers to Tell Me Where to Invest 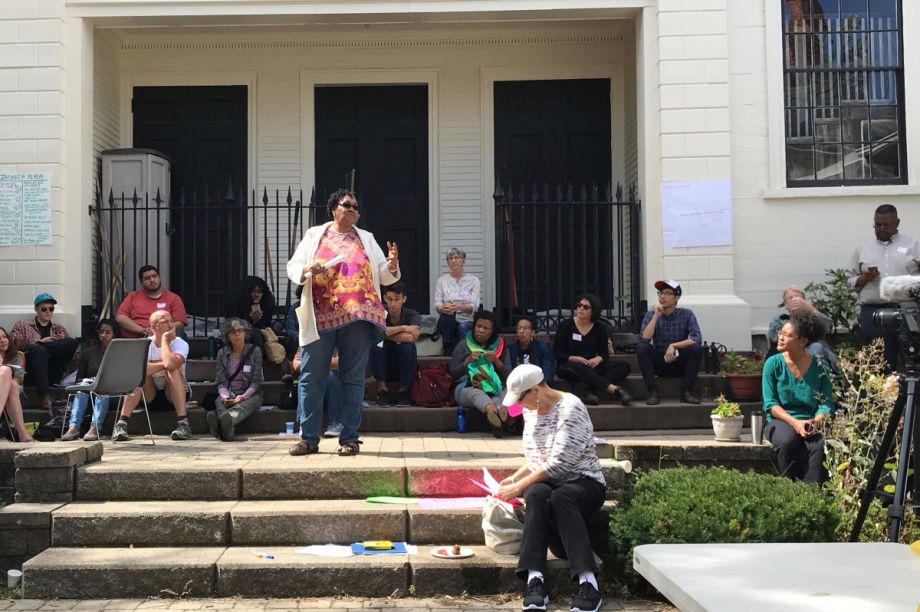 Seven years ago, I decided I wanted to become an impact investor. Before then, no one ever told me it was possible to make investment decisions based on my values rather than just financial returns. Once I learned there was this rising tide of “impact investing,” I was all in.

It didn’t take long to discover that the issue I cared about most — closing the racial wealth divide — was not part of this rising tide. If I wanted to align my investments with my values, I’d have to start my own fund. So I founded the Boston Impact Initiative in 2013 as a privately-held investing effort dedicated to restoring the productive capacity of communities of color in eastern Massachusetts.

Today, individuals and institutions are flocking to impact investing at an astonishing rate. The Ford Foundation is betting $1 billion on impact investing. JPMorgan Chase says the demand for impact investing will hit $1 trillion by 2020. US SIF, an industry association for impact investing, says socially responsible factors are being considered across nearly $9 trillion in assets already. Larry Fink, CEO of BlackRock, the largest financial management firm in the world handling an estimated $6 trillion in assets, made a big splash last year when he said all companies in the firm’s portfolio should have some measureable social purpose.

So that’s good news for those of us who care about people and the planet, right?

But it’s not good enough.

Capitalism — and the financial and investment practices through which it expresses itself — is far more than an economic system. It is a system of values and beliefs that shape our politics, our culture and our social order. It is steeped in power. If, like me, you dream of participating in an economic system rooted in democracy, justice and sustainability, then we’re going to have to uproot our habitual practices and beliefs about power.

One is the ability to dominate, or control, people and things. This power rests on relative rank and the privilege of being at the top. It reflects a supremacist way of thinking—an acceptance of relationships of domination and submission. Supremacist power is a crude form of power, related to scarcity consciousness, or the belief that the world holds limited supplies of the things we want—love, power, recognition. An alternative type of power is liberatory power—the ability to create what we want. It stems from abundance consciousness. Liberatory power requires the transformation of what one currently perceives as a limitation.

The vast majority of what is today called impact investing reinforces our cultural beliefs about dominance power. The decisions about where capital is allowed to flow rest in the hands of the few: elite investment committees, pedigreed advisory firms, fund managers with long track records of profitable performance, high net worth angel investors. Dominance power presumes that these custodians (who are predominantly men and overwhelmingly white) are here to protect community folks — people who invest their small savings in pension funds, 401k accounts and banks — from making foolish, unsophisticated financial mistakes.

Consider where this approach has taken us. Over the last four decades, the income and savings of the poorest among us have shrunk the fastest, while the wealth-holders accumulate capital at accelerating rates. Net worth for wealthy families is skyrocketing while black and Latino households are heading toward net zero wealth. Can we really call ourselves “impact investors” if we continue to subscribe to a paternalistic distribution of power that amplifies inequality?

Through the Boston Impact Initiative, I’ve been on a journey to unlearn and reprogram my own thinking about the role of power in investing. In our early days, we consulted with community organizers about what was needed in their neighborhoods, but we maintained our positional power: We listened, learned and then made decisions behind closed doors about who should get capital and how it should be structured. That seemed to work just fine until we nearly found ourselves on the wrong side of the community table.

We were about to close on our first real estate investment in a private equity fund developing mixed-use, mixed-income housing when we discovered that one of our community organizing partners was leading a protest against a property in the fund’s portfolio.

That same organization was part of a coalition of 25 community-based organizations that had come together to create an innovative financial mechanism for acquiring occupied homes in foreclosure, keeping tenants and owners in their homes and placing those homes on community land trusts. This coalition had struggled to raise capital from conventional investors, who expressed doubts that their coalition would hold, doubts that they had sufficient knowledge to execute on deals, doubt that they’d maintain fiduciary rigor.

Perhaps no one organization alone had the experience to accomplish the task of implementing the coalition’s model for preserving homeownership for families caught up in the limbo of foreclosure. But collectively, they had the knowledge, skills, relationships and trust to pioneer this new structure. The coalition was an expression of liberatory power, rooted in interdependence and mutuality. For Boston Impact Initiative, being dedicated to restoring the health and resilience of disinvested communities, we seek to participate in liberatory approaches to change. Ultimately, we withdrew from the private equity fund and redirected our capital to this coalition.

It was a wake-up call to rethink our own approach to power, which led to the restructuring of our work.

In 2017, the Boston Impact Initiative Fund was approved as a 501(c)3 charitable loan fund that would be majority governed by community-based organizations. We identified three organizations that were conduits for community voice and gave them control over our board. We opened up our fund to non-accredited (the regulatory term for ‘non-wealthy’) community investors so that the opportunity to invest in closing the racial wealth divide would not be restricted to the wealthy. We began to embed impact covenants in our term sheets to ensure our investments would stay anchored to their community commitments. And we became co-founders of the Boston Ujima Project, a vision for a people’s economy in Boston in which ordinary folks democratically decide how to allocate investment capital in their community.

We’re not there yet. These are all steps along a much larger journey toward a liberatory economic system — and we have so much more to learn. As we look ahead, I’m not suggesting that we throw out all the wisdom investment professionals have gained about due diligence and deal structuring and turn over every complex decision to popular vote. The impact investing movement continues to need rigor, skill and professionalism.

I am suggesting, however, that if, as investors, we want to contribute to restoring equality, then we need to confront our collusion in upholding the structures of power that keep inequality in place. It’s time for investors to share power with activists and neighbors. It’s time to ask community organizers where to invest.

Deborah Frieze is an author, entrepreneur and social activist. Her award-winning book (co-authored with Meg Wheatley), “Walk Out Walk On: A Learning Journey into Communities Daring to Live the Future Now,” profiles pioneering leaders who walked out of organizations failing to contribute to the common good—and walked on to build resilient communities. She co-founded the Boston Impact Initiative in 2014 to help address inequities in access to capital and opportunity. Deborah is also founder of the Old Oak Dojo, an urban learning center where neighbors gather to rediscover how to create healthy and resilient communities. Deborah is Co-Founder and Board Chair of the Boston Impact Initiative Fund.