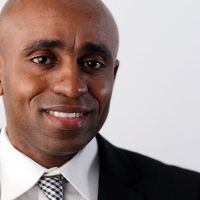 Newark, N.J., is one of the 20 semifinalists for HQ2. (Photo by Paul Sableman/Flickr CC)

Two hundred and thirty-eight different jurisdictions submitted proposals to become Amazon HQ2, with now 20 finalists. This will be Amazon’s second headquarters. We need to let that sink in. There is something equally amazing and tragic about 238 jurisdictions submitting proposals to become Amazon HQ2. What’s amazing is 238 groups of elected officials, business leaders, real estate developers and stakeholders worked together to submit said proposals. What’s tragic is that 238 places needed to.

America has a considerable history of cities commingling their identities and purpose with large corporations, with the belief that together they will thrive. For some, they did not have a choice: The corporations were there first. For others, it was the corporation’s presence that made them attractive — the reason why people decided to live or work there in the first place. When you think of cities such as Atlanta, Detroit and Pittsburgh, you can’t help but think of Coca-Cola, Ford Motor and US Steel, respectively — these corporations and their cities are blood relatives, raised under the same roof.

Cities depending upon large corporations for their economic survival play a risky game, because when these large corporations, such as Maytag, Roebling, and Kodak, falter, so do their cities, like Galesburg, Illinois; Trenton, New Jersey; and Rochester, New York. A municipality should always attempt to diversify its income streams with an assortment of small business development, regional and national corporations, mixed-income housing, retail, local attractions and other services. Nonetheless, in today’s soaring stock market, there were still 238 cities that threw a Hail Mary pass to Amazon with the hopes that their local economy would be caught and saved. In this race (which is more like a beauty pageant) to land Amazon HQ2, there will be only one winner and 237 losers. After Amazon’s HQ2 award, what will the 237 losers, and especially the 19 losing finalists, do with the energy, creativity and ingenuity displayed in their proposals?

I believe the 237 losing locations should execute their proposals even without the Amazon award. While several Amazon HQ2 proposals had silly and frivolous marketing strategies, the originality, the inventiveness and the ideas marshaled in many Amazon HQ2 proposals are transformative and resourceful. For example:

Most city and state officials can only dream of landing a corporation with the size, reputation and the resources of Amazon; their residents would have access to more and potentially better paying jobs and the municipality would have more tax revenue. On the other hand, with some reimaging, restructuring and rethinking, these proposals could be successful without Amazon. These cities could:

The 237 losing sites can do anything they want that is legally permissible and financially viable for their cities. But what they should not do is let losing out on the race to become Amazon HQ2 stop them from further developing, working on and completing the best parts of their proposals.

The local and regional economies, the communities and the families of the Amazon HQ2 “losers” may obtain a better return on their investment if their creative ideas and resources are used for a more place-based, people-centered strategy than making Amazon and Jeff Bezos richer. These proposals could enhance the municipality’s tax base, diversify the town’s culture and create a stronger sense of local pride than outsourcing. I suspect that long term, if done correctly, many of these municipalities would be financially stronger than the actual new home of Amazon HQ2. They could be the real winners in the most competitive race to land a corporation’s second headquarters in U.S. history.

Baye Adofo-Wilson is the former City of Newark Deputy Mayor/Director of Economic and Housing Development (EHD).