“Urban Metabolism” Could Beat “Sustainability” in a Buzzword Contest – Next City

“Urban Metabolism” Could Beat “Sustainability” in a Buzzword Contest 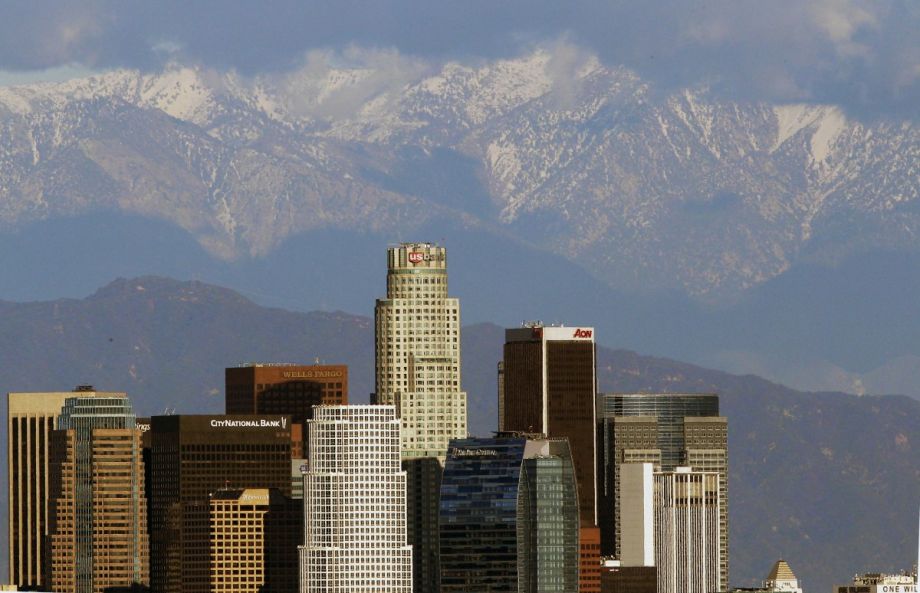 In the past two years, Yale’s Journal of Industrial Ecology has published a special issue devoted to “urban metabolism for the urban century” and a paper on “an urban metabolism approach to Los Angeles.” The phrase has also turned up in books such as Sustainable Urban Metabolism, published in 2013 by MIT Press.

Clearly, certain precincts of academia are abuzz about this concept. And if still another recent paper — “Mainstreaming Urban Metabolism” — has any sway, the term could become as familiar in urban circles as “resilience” and “Vision Zero.” But what exactly does it mean? For the next time you encounter it — when you read about it in a planning journal, or an urban-nerd friend mentions it at a cocktail party — here’s a cheat sheet.

One definition, from UCLA’s California Center for Sustainable Communities, is “a systems approach for assessing sustainability by measuring the total energy, materials, and waste products that flow into and out of an urban area.” Or, in the translation of Mikhail Chester, an Arizona State University professor who collaborates with the center, “The gist of it is that a city is like an organism — it takes in resources and spits out waste.”

The idea is typically traced back to 1965, to a man whose career focus was, perhaps fittingly, sanitation engineering. In a seminal paper, “The Metabolism of Cities,” inventor and Johns Hopkins professor Abel Wolman discussed “metabolic inputs” (water, food, fuel, clothing, durable goods, electric energy) and outputs (sewage, solid waste, air pollution). (Wolman’s also the guy behind another urban staple: chlorinated city water.) He proposed tracking the flows of these inputs and outputs through cities, and using the resulting analysis to improve their management. For a hypothetical U.S. city of one million people, he calculated the tons per day of inflow and outflow.

Since then, the concept has drifted in and out of style. But in the past few years, it’s been staging a strong comeback. One driving factor behind the recent resurgence is the increasing availability of data. In order to comprehensively assess a city’s metabolism, you would need access to an almost infinite amount of information: all of the energy and water consumed, but also all of the food and other materials making their way through the city, and even nutrients such as phosphorus and nitrogen. Major challenges remain for data collection. But it is more feasible now than it was in 1965. “In the early iterations, it was done in a more speculative way,” says Stephanie Pincetl, director of UCLA’s center.

A full accounting might also incorporate life-cycle analysis of all the resources and energy that went into manufacturing, say, your sneakers, or the subway cars. Such tracking isn’t easy, either, as anyone who followed Planet Money’s making of a t-shirt knows.

Another factor in the momentum may simply be the explosion of research on cities and on sustainability in recent years. Urban metabolism is one of a number of frameworks that researchers are using.

And its influence is beginning to reach beyond the academy. Several years ago, the California Energy Commission approached Pincetl about trying to better understand energy use in the area. She was acquainted with the idea of urban metabolism, and thought it would be a useful lens to apply. She and her colleagues have been studying energy and water flows across L.A. County, consulting data from the L.A. Department of Water and Power, census data and county data about building characteristics. (Sample findings: water use has declined over time; buildings built between 1980 and 2000 typically consume more energy than older buildings.)

But how is the notion different from those more familiar frameworks: sustainability, efficiency, ecological footprints? To some extent, looking at urban metabolism offers a way of assessing all of those other outcomes. According to Chris Kennedy, a professor of civil engineering at the University of Toronto who focuses on urban metabolism, it is “part of the strategic toolkit for developing sustainable cities.” He believes the framework allows us to understand cities in a “much more holistic, more comprehensive way.”

Generally speaking, a city with low metabolism is one that consumes relatively little and produces relatively little waste. But it’s difficult to compare cities on this broad measure because there’s so much variation in the details. For instance, Kennedy did a comparison of the Greater Toronto area with Hong Kong. He found that Toronto had much higher energy consumption for transportation, as well as higher per capita water use. On the other hand, Toronto had better recycling and wastewater treatment systems.

According to Chester, the framework can be particularly useful for comparing different neighborhoods within the same city. If one guzzles much more than the other, does that mean it is less efficient? Or just hungrier for energy? What are the differences in buildings, demographics, etc., that might offer an explanation? Answers to those questions can help shape policy.

Ultimately, urban metabolism is a powerful metaphor that helps us think about cities in a fresh way. It feels less judgmental than certain other perspectives — all cities, like all organisms, have needs and produce waste. We simply want to try to manage those processes in a sensitive, informed way, just as we want to be prudent about what we put into our bodies. The analogy isn’t perfect — cities are not, of course, exactly like living creatures. But it is evocative. And in the competition for buzzword status, that counts for a lot.