Virginia Will Grant Driver’s Licenses to Undocumented Immigrants – Next City 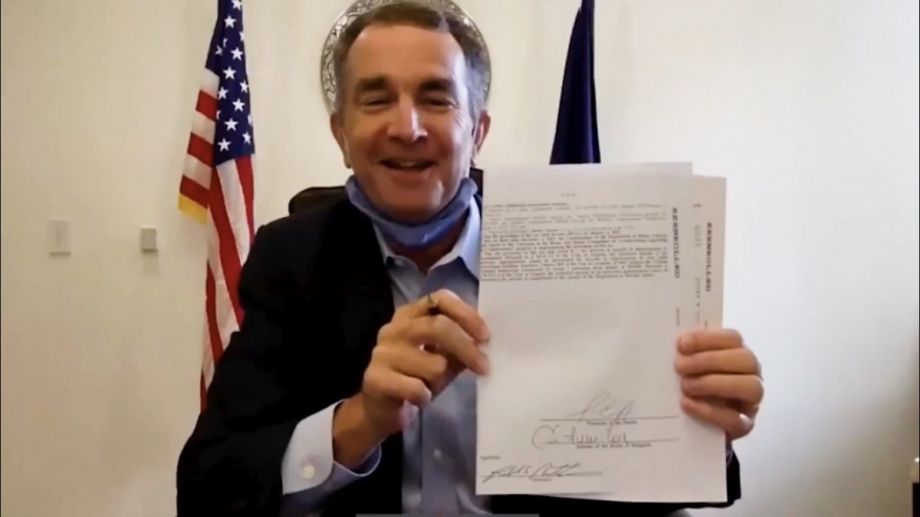 Virginia Gov. Ralph Northam signed a bill June 20 that expands the privilege of obtaining a driver’s license to undocumented immigrants in the comonwealth.

The legislation makes Virginia the 16th state to allow residents to obtain a driver’s license regardless of their legal status. D.C. and Puerto Rico also allow undocumented residents to get drivers licenses.

WBOC reports that cardholders will not be allowed to vote nor will the “driving privilege card” be considered a REAL ID, which will be required to board an airplane or enter a federal building by October 2020.

But the ability to drive legally could change lives for hundreds of thousands of people in the state. According to a 2017 report by Migration Policy Institute, an estimated 260,000 undocumented immigrants live in Virginia.

“Sometimes we take a lot of these things for granted, but again it’s important to treat everyone equally and make sure they are welcomed,“ said Gov. Northam, minutes before signing the bill at a “virtual signing,” necessitated by the COVID-19 health crisis.

Gov. Northam’s signature gives anyone who has resided in Virginia for 12 consecutive months the ability to get a driver’s license. The person must have income from the state, or be claimed as a dependent on an individual tax return filed within the commonwealth, and carry insurance or pay a fee to the commonwealth.

Several immigrant advocacy groups, including CASA, a pro-immigrant and Latino rights national organization, have been advocating for a “License for All” bill for over six years.

In a press release obtained by CNN, Luis Aguilar, Virginia CASA director, said that the bill “makes our Commonwealth a more equitable and welcoming place.”

And in a statement to CNN, Democratic state Senator Scott Surovell, who has supported the bill since 2016, argued that drivers licenses make everyone safer. “Having an ID also makes it more likely that individuals will come forward to assist law enforcement in investigations. Other states who have taken action have seen a decline in collisions and hit and run cases.”

According to the Center on Budget and Policy Priorities, a progressive think tank, undocumented immigrants pay nearly $12 billion in state and local taxes. A report from the organization says states that offer undocumented immigrants drivers licenses help those immigrants “better avoid exploitative employers and find jobs that best match their skills, boosting their wages and allowing them to more fully use their talents — to the benefit of state economies.”

State Republicans, including delegate Terry Austin, have expressed their opposition to this bill stating that it would allow identity fraud. According to the Washington Post, Austin has argued that these licenses “could misrepresent an individual’s identity and compromise the safety in the United States.”

In his closing remarks, Gov. Northam said, “We are very proud that Virginia is inclusive, that we welcome people to Virginia no matter the country you’ve come from or the color of your skin, the religion you practice or who you choose to love. You are always welcomed in Virginia.”