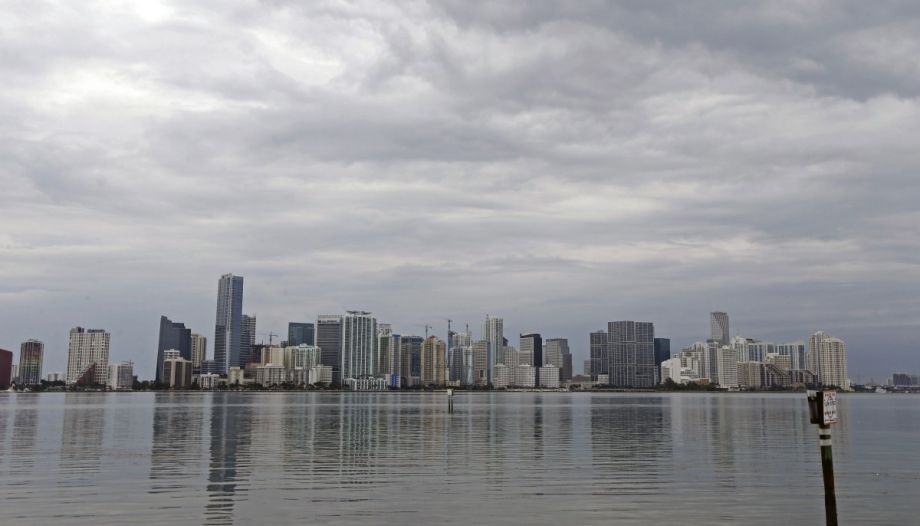 The Miami metro area has the second-highest percentage of minority-owned businesses in the U.S. (AP Photo/Alan Diaz)

The San Jose, California, area has the greatest density of minority-owned employers among U.S. metropolitan regions. Black entrepreneurs have a higher percentage of new businesses than other minority and white entrepreneurs, and women own nearly 20 percent of all employer firms in the United States.

That’s according to the U.S. Census Bureau’s brand-new Annual Survey of Entrepreneurs, a look at 290,000 U.S. businesses with workers on contract, which was unveiled Thursday.

The bureau solicited the help of the Ewing Marion Kauffman Foundation, an entrepreneur and education nonprofit, and the Minority Business Development Agency to launch the new data-gathering effort, which will now be done annually. In years to come, it will pool data on U.S. employer firms to fill the gaps between each long-form Survey of Business Owners, an economic report that comes out twice per decade and tallies both employer and non-employer firm ownership by gender, race and geographic location.

Together, these publications should provide a more robust portrait of the demographics driving American commerce.

According to this week’s Survey of Entrepreneurs, which uses 2014 data, black-, Hispanic- and Asian-owned firms made up the highest percentage of new employers in the country, with 14.1 percent, 13.1 percent and 12.7 percent open for less than two years. Nonminorities, or whites and some Hispanic whites, were about 66 percent more likely to own a business that’s been opened for 11 years or longer than minorities.

(From the U.S. Census Bureau's Annual Survey of Entrepreneurs)

Breakdown of minority-owned business in the U.S. (From the U.S. Census Bureau's Annual Survey of Entrepreneurs)

The survey also took a look at veterans in business. Compared with the rest of the companies surveyed, vets are in it for the long haul, with the highest percentage of employer firms that have been running for more than a decade. Almost three-fifths, or 58.4 percent, of ex-service member-owned companies had surpassed the 11-year mark, compared to the average total of all firms, which was 47.2 percent. But new companies with less than two years experience were 40 percent more likely to be run by nonveterans than veterans.

To Arnobio Morelix, a senior researcher at the Kauffman Foundation, the most surprising findings in this study were drawn across gender lines.

The fact that 64.5 percent of employer firms are male owned, versus nearly 20 percent that are female owned, highlighted an ownership gap that he and his colleagues didn’t quite expect. What underscored it were findings that, despite owning nearly three-fifths of the businesses surveyed, male employers took home four-fifths of the total revenue.

“Not only are there more male-owned firms, but they’re bigger, with more employees, higher payrolls, higher revenues, and I think that’s a gender gap that we couldn’t quantify in this fashion before [the Annual Survey of Entrepreneurs],” he says. “Especially not at the geographical level. Now we can better understand what’s going on here.”

The entrepreneurs survey comes with a cache of firsts. It’s the first time that data on company life spans has been compiled and presented by a government bureau. It’s also the first survey of its kind to try and track the fluctuations of business ownership by gender, race, ethnicity and veteran status on a year-to-year basis, and minority ownership across U.S. metropolitan areas.

Putting this info out there every year, as compared to waiting every five years for the Survey of Business Owners, will help remind power brokers and the general public that there’s still a lot of work to do when it comes to making U.S. business ownership more equal, says Morelix.

He says that his organization’s observation that up-and-coming entrepreneurs are key drivers of economic growth materialized because of census reports like the Survey of Business Owners. Giving it an annual component will help highlight future trends in real time, and that’s why the Kauffman Foundation is fronting $4.5 million over the next three years to help the federal government put these reports together.

Each year’s entrepreneurship survey will include data on business life span and owner demographics, but they’ll also put a spotlight on some niche components of running a business. This year’s focus, which won’t be available until September 23, circles around research and development trends.

“So how much money did companies invest in research and development, did they launch a new product, did they use a new business process,” says Morelix, highlighting what that data set will include.

Next year’s update, which will source its findings from 2015 data, will outline how business owners manage their employees.

The Kauffman Foundation will decide on each survey’s focus by looking at data trends, debating what other entrepreneurship question marks they’d like these surveys to solve, and working together with qualified experts to determine the ins and outs of how to track that data.

For the R&D component, for example, the foundation and the Census Bureau collaborated with the National Science Foundation. Next year they’ll be working with experts like Nick Bloom, an economics professor at Stanford.

Combining a nonprofit research firm with the reach of federal agencies gives both sides more flexibility when it comes to assembling this information, says Morelix.

“Working together allows us to leverage strengths we wouldn’t be able to do otherwise,” he says. “To create better, newer products, and new insights that can help the economy as a whole foster entrepreneurship better.”