University of Privatization – Next City 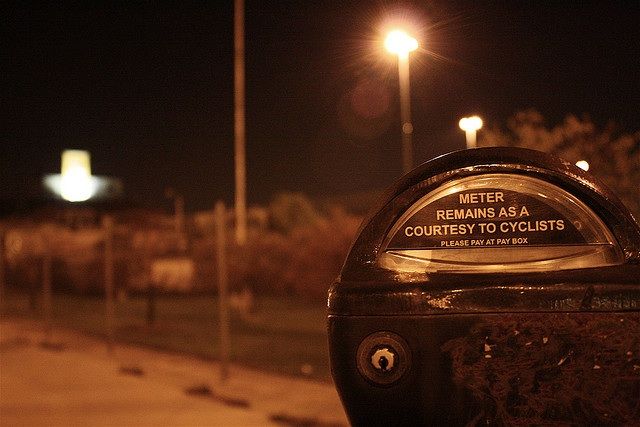 Universities across the country are privatizing on-campus parking. Credit: Dianne Yee on Flickr

In the next few days, Ohio State University plans to announce the winning bid from among three businesses vying for a contract to privately operate the university’s parking. Worth up to an estimated $483 million, the lease is expected to buoy Ohio State’s budget in the face of dwindling public funding, staving off a surge in tuition hikes and potential service cuts.

But students, faculty and community members have been up in arms since the university revealed its intentions to turn over management of its parking services to privately held contractors one year ago. Criticisms of the plan focus mainly on increased costs to drivers, with up to 7.5 percent year-on-year increases in parking costs over the next 10 years.

This latest dustup over parking privatization is one more instance in the broader debate over the privatization of public assets in cities and the role that universities — oftentimes cities’ anchor institutions — ought or ought not play. Indianapolis, Sacramento and Chicago have all approved private parking lease programs, and now college campuses across the country have entered the fray. Some of them are even the privatizers themselves. Administrators at Brown University, a private college, recently struck a deal with Providence to take control of city parking in exchange for an expanded payment-in-lieu-of-taxes agreement, effectively converting public assets into private ones.

Public asset privatization writ large poses a quandary for institutions and municipal governments. Scholars have argued that privatizations deals are generally financial wolves in sheep’s clothing. University of Chicago Law School Professor Julie Roin, in the row over Chicago’s plan to lease its parking meters to private companies argued that privatization deals are merely oblique ways for institutions and municipal governments to take “out a loan secured by the parking meter revenues.”

Penn State University legal scholar and privatization expert Ellen Dannin notes that these sorts of deals render public oversight mechanisms impotent, since private companies are not subject to the same disclosure rules as public institutions are. “The operation of these provisions gives private contractors power over decisions that affect the public interest and are normally made by public officials and subject to oversight, disclosure, and accountability — none of which apply to private contractors,” Dannin wrote in an article published by the Northwestern Journal of Law and Social Policy.

The situation unfolding at Ohio State raises the question: What if universities, instead of being complicit in parking privatization, work towards encouraging transportation solutions on their own campuses that eliminate the need to privatize or even maintain parking services?

Here in Philadelphia, the University of Pennsylvania has created a bike share program promoting on-campus transit alternatives to driving to work or school.

Other public universities in Ohio have rolled out similar programs, like the University of Cincinnati’s Bearcat Bike Share and Kent State’s Flash Fleet, both of which have been in place since 2010. If Ohio State is concerned with budget shortfalls, they should take a look at Kent State’s program: A group of students got it off the ground with just a $25,000 grant.