Why Mayors Belong in Global Discussions Now More Than Ever 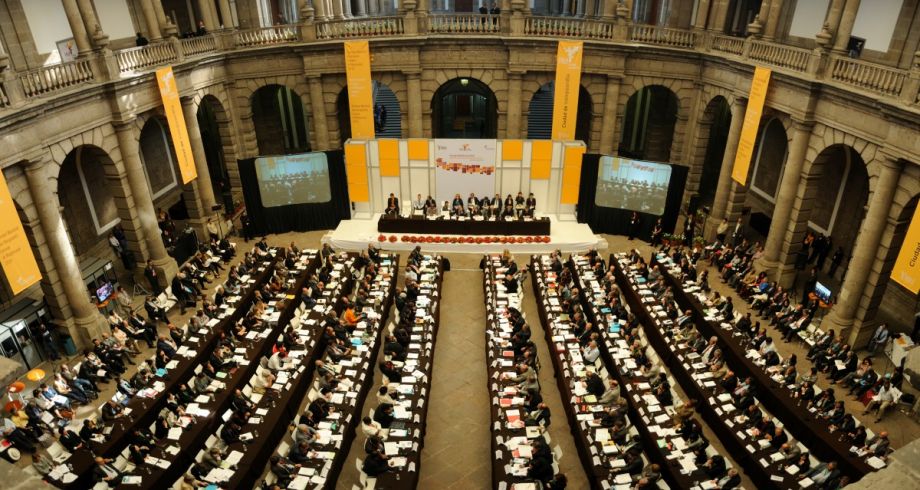 When 240,000 municipalities unite, their voice gets louder. That’s the goal of United Cities and Local Governments (UCLG), an umbrella organization for cities that aims to defend local governments’ voice and interests on the world stage. I recently asked Josep Roig, secretary general of UCLG, and Emilia Saiz, deputy secretary general of UCLG, about bringing more women into local leadership, how to measure sustainable urbanization and their hopes for Habitat III.

What is the most challenging issue facing local governments around the world today? And, what is UCLG doing to address this?

Josep Roig: Of course, there are very different issues for different cities. But when we look towards the future, we see the process of globalization changing like never before. Economic and social systems that have been very successful in the last hundred years are now being put into question, in part because those systems have created so many inequalities. We are very worried that the globalization processes we undertake will continue to exacerbate inequalities — between countries and cities, but also within cities.

What is UCLG doing to address these inequalities?

JR: UCLG works on two primary activities, firstly democracy on global level. If you look at the New Development Agenda 2030, these goals will likely be executed by a majority of cities globally. The second piece is financing development, and letting people know that the issues facing cities must be addressed as a whole, we cannot separate and silo the issues.

Emilia Saiz: Security issues are also being heard worldwide. There’s a definite role for cities to play in creating a different type of dialog and societal cohesion. Refugee and migrant crises are also more prevalent, and it’s more important than ever for cities to play a role in addressing these issues on the international stage.

UCLG promotes the role of women in local decision-making. How do you advocate for women in cultures where women leaders have been historically marginalized? 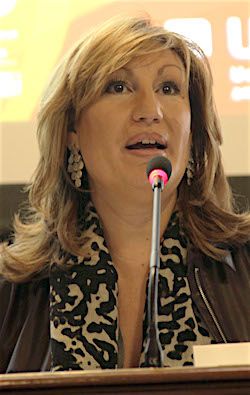 ES: We need to be humble about the impact UCLG can have. We are very broad, we have members all over — there are 240,000 municipalities linked with us. We have gone through periods with very active membership, but it fluctuates. In Tunisia, we had women mayors and very strong membership, but that changed for some time, and we’re just now regaining them. But in countries where we have a membership base, we make it a priority to connect with civil society and grassroots women. We invite cities from other countries. We promote a type of mentoring system, rather than policies. The key mandate of UCLG is promoting the inclusion of women in politics, so that they can reach decision-making levels. Then the decisions they make are up to them. But women need each other to make it happen, and it can only happen with public pressure. We try to create a safety net for the women in our membership.

“The City of 2030 — Our Manifesto” which UCLG adopted in Mexico City in 2010 was a prescient call for sustainable urbanization. It noted, “Our future is not only globally intertwined, but increasingly urban.” How has the Manifesto informed your work, and what accomplishments can you attribute to this seminal document?

JR: The Manifesto is one of those documents that clearly states a long-term vision. It makes you rethink democracy, self-government and partnerships. There’s a focus on solving problems together and creating inclusive cities, with jobs for everybody. We need to rethink if the business sector will really solve issues like this. The Manifesto hits on so many critical issues for us — workable futures, security, mobility in cities, culture and creativity, public space. It gives us the main headings we should never forget in our jobs.

ES: The Manifesto puts in a clear, succinct manner, things that sound normal now but in 2010 were not the norm, especially around issues of inequality. It’s is a simple way to articulate these complex ideas, and it was formed from an interdisciplinary perspective. 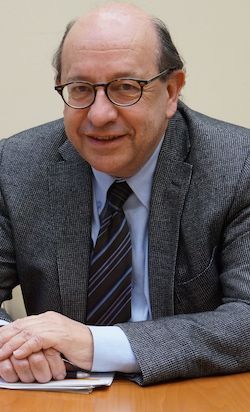 JR: I reread it from time to time. It gives us the focus we’re looking for.

What do you expect out of Habitat III and “the New Urban Agenda?”

JR: Another opportunity to implement a global agenda. We expect a lot from HIII.

ES: Maybe too much!

JR: The Urban Agenda really comes with a different energy, a feeling of “let’s put it all together and let’s do it.” Mayors are faced daily with their citizens. They don’t want to read agendas, they want to see the realities in their cities. When it comes to financing issues, we often don’t look closely enough at the local level.

ES: It’s a truly a universal agenda. 2015 has been exhausting, with so many meetings and negotiations. Cities agree we need to raise the profile for HIII, but just spent lots of time with COP21, Addis Ababa, etc. Localizing SDGs is not about measuring them in a different way. It’s about changing the way we do things. We have aspirations that local governments will be acknowledged more in international plans.

The Compact of Mayors, which UCLG launched with C40 and ICLEI now represents almost 450 cities and over 390 million people worldwide. What do you hope the Compact will achieve in the next 5 years?

JR: We need more visibility. Lots of local governments are doing great things, which are often overlooked. The Compact draws attention. This is especially important when you realize how climate issues are so closely entwined with issues on the local level.

ES: We are aiming for a homogeneous way to measure the impact of what we do. We need a unified reporting mechanism, in order to be acknowledged in the financial mechanisms. It’s a very tricky thing. Despite the success of COP21, we’ve heard very little about it. When green funds finally get to be what they are supposed to be, we need to support this activity. Those pioneering cities signing onto the Compact, are investing in solidarity. The Compact is simultaneously a learning tool, an accountability mechanism, and a lobbying mechanism, which should result in hardcore financing.

COP 21 was clearly a game changer. What specific actions do you expect cities around the world to undertake as a result of the international agreement?

JR: It will draw a higher level of attention, but it was more of a game changer for national governments. If they can change policies for cities, then that would be a true game changer.

ES: Looking at our sister organizations there, we know COP21 was an important moment, but not a game changer in action. It was just a key moment, the peak of a wave that we need to continue to ride. It gives us more leeway to talk with the international community, so I’m optimistic, but there’s not yet a total change in direction.

To quote Benjamin Barber, “If mayors ruled the world,” how do you think governing would differ from today’s situation? Does this provide the fuel for a discussion of realigning or reforming governments?

JR: I’m not sure I agree with the suggestion of a Parliament of Cities. I’m worried about the idea that a “world government” can rule the world, even mayors. We need to have a bottom-up approach. A single parliament dictating the rules for all cities is no different than a world government.

UCLG’s strength is the strength of the network, of decentralization. Peter Drucker’s book in 1958 said national governments in extremis were not capable of resolving these issues. The solution is distributed power and decentralized ideas. We need to leave room for the unexpected.

ES: With that said, Barber nails it on capacity for leadership at the local level. Mayors are leading huge systems where life really happens. We need to acknowledge that leadership. Many of our city members can understand the impact of Barber’s questions, because they feel that responsibility on their shoulders each day. Our recommendations are more distributed and decentralized than what Barber proposes, and have more to do with direct participation in decision-making. People see local governments as smaller versions of national governments. That’s not true. They have a different vision, and they face a different reality.