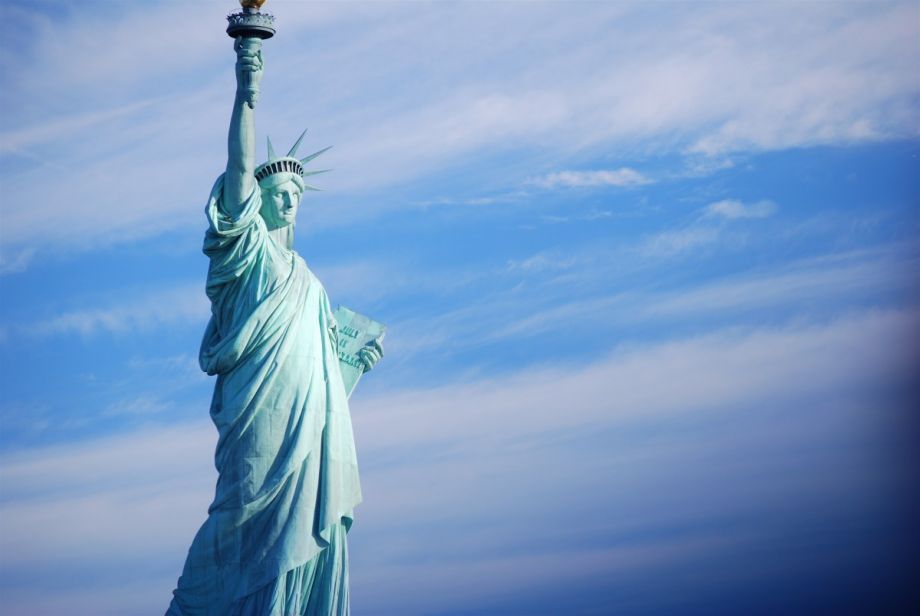 Acting director of US Citizenship and Immigration Services Ken Cuccinelli told NPR that the poem at the base of the Statue of Liberty should say “Give me your tired and your poor who can stand on their own two feet and who will not become a public charge.” (Photo by Celso FLORES / CC BY 2.0)

As you have no doubt heard, the Trump administration is revising the “public charge” rule that allows the Department of Homeland Security to deny entry to immigrants if they are unable to support themselves. The rule, which is set to go into effect in October, will deny immigrants green cards if they are deemed “likely to use government benefit programs such as food stamps and subsidized housing,” the Times reports. While the rule is not explicitly written to affect current green-card holders, immigration advocates say that hundreds of thousands of people will likely drop out of benefit programs for fear of retaliation.

The National Low Income Housing Coalition put the numbers even higher. According to a press release, 26 million non-citizens and their family members could be affected, they said.

“As low-income immigrant families lose access to needed housing assistance, they will face increased risk of eviction and homelessness, with tremendous personal and societal costs from the poorer health [outcomes], lowered educational attainment and lessened lifetime earnings that will result. This change to decades of immigration policy is unconscionable, cruel, and unacceptable,” Diane Yentel, president and CEO of the coalition, said in a statement. “We will work to stop this policy from being implemented before it can do the profound harm that it threatens to low-income immigrants and their communities.”

While a draft version of the rule was posted during a public comment period, hundreds of thousands of people opposed it.

The Federal Housing Administration (FHA) is expanding which condos are eligible for low-down-payment loans for first-time buyers, the Wall Street Journal reports.

Mortgages backed by the FHA offer buyers the ability to put down just a 3.5 percent down payment, which makes it easier for buyers in expensive markets to afford down payments. The vast majority of FHA mortgages (all but 16,000 out of one million) go to single-family homes, the WSJ said. The new rules would allow the agency to insure up to 60,000 more condo loans per year.

The gist of the new rule is this: after the 2008 housing crisis, the FHA would only back mortgages for condos within FHA certified buildings. The agency is now bringing back “spot approvals,” where one unit within a larger building can be certified.

The rule could, the WSJ said, expose the government to higher likelihood of loan defaults.

“FHA is already a higher-risk program,” David Stevens, retired chief executive of the Mortgage Bankers Association, told the Journal. “Layer that on top of a higher-risk product called the condominium, and you definitely have to prepare yourself for the fact that in the next correction you’re going to take more losses at FHA than anywhere else.”

A new law that went into effect July 1 in Georgia prevents landlords from retaliating against tenants who report unsafe or illegal conditions, Fox 5 reports.

Forty-one other states have similar laws, state Rep. Sharon Cooper, a Republican from Marietta who sponsored the bill, told the Atlanta Journal-Constitution.

Under the new law, landlords who retaliate can be sued in court for up to one month’s rent, plus $500, plus all a tenant’s legal costs. Retaliation is defined under the law as attempting to evict a tenant, raising a tenant’s rent; and/or reducing services. Tenants who are not current on their rent aren’t covered by the retaliation law.

During a hearing for the bill, David Metzger, a lawyer who represents landlords, argued that the bill wouldn’t “address the underlying conditions that everyone is concerned about … it doesn’t require the landlords to fix these problems,” Metzger said, according to the Journal-Constitution.

But tenants’ advocates pointed out that many tenants feel trapped if they’re threatened with eviction. “Many of our clients live in rental housing that makes them sick,” Pam Kraidler of the Health Law Partnership told the Journal-Constitution. “No one should have to live in housing like this. … Their landlords often threaten if they’re going to cause problems, they’re going to evict them. They just don’t have any power.”