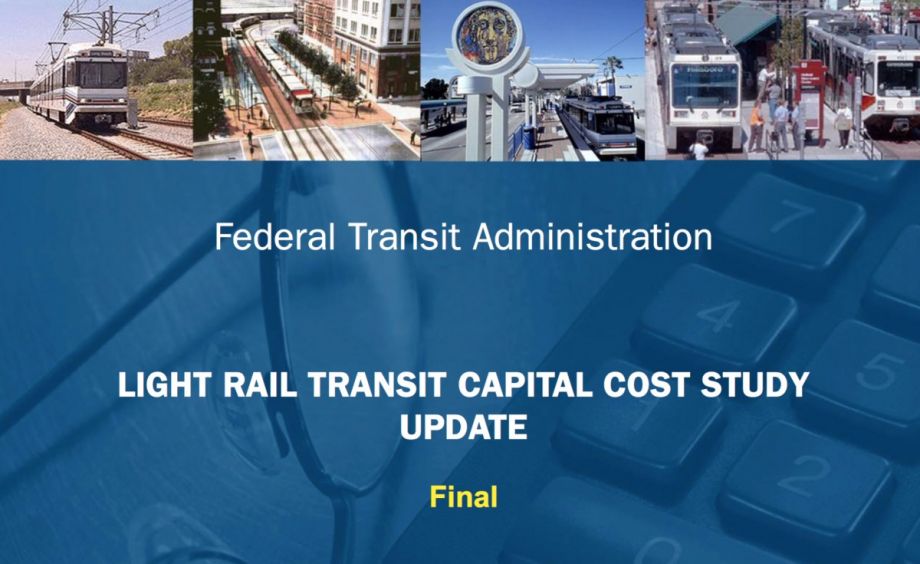 The threat of losing U.S. federal transit funding and the TIGER (Transportation Investment Generating Economic Recovery) grant program has loomed large since the Office of Management and Budget (OMB) released President Donald Trump’s budget blueprint, with its $54 billion in cuts ($2.4 billion to U.S. DOT), mid-March. But transit agencies and advocates were holding out hope they’d at least get another year of business-as-usual during which some transit projects already in the pipeline would reach the full funding grant agreement (FFGA) stage and another round of TIGER grants would be awarded. Now it appears the Trump administration wants to make cuts before the year is out.

“People should be legitimately alarmed,” says Stephen Davis, communications director with Transportation for America, a transit advocacy group, of the OMB’s request to Congress to “suspend additional projects from entering the [transit capital grants] program.”

In practice, this means only those projects with a FFGA right now would move forward. Davis says the administration is also pushing to end TIGER immediately, meaning the 2016 awardees would be the final round of projects to receive funding (totaling $500 million) for complete streets, bike and pedestrian infrastructure, and other local street safety efforts.

“TIGER is one of the only ways local communities can get federal funding directly,” Davis says, explaining what’s at stake. “A lot of communities that get TIGER grants are in places that are at the mercy of their state DOT and what the state wants to build.”

The Trump administration’s push for immediate transit and TIGER funding cuts is possible because of congressional gridlock and the complexities of federal budgeting. Congress didn’t pass a 2017 spending bill last fall, so the government is operating under a temporary budget resolution passed under President Barack Obama. That resolution expires on April 28 so Congress must pass a spending bill before then to prevent a government shutdown. It is in that process that Congress could make the requested cuts.

In Trump’s budget blueprint, the administration makes clear it shares the common conservative view that transit should be a local concern. In its explanation of the New Starts cuts, for example, the blueprint says, “future investments in new transit projects would be funded by the localities that use and benefit from these localized projects.” A huge portion of the $2.4 billion cut to U.S. DOT comes from eliminating funding for the Federal Transit Administration’s Capital Investment Program (which includes the New Starts, Small Starts and Core Capacity programs), a critical source of funding for local and regional transit funding.

There are currently 14 New Starts projects with FFGAs that would get their expected funding. They include light-rail expansion in Los Angeles, a new commuter rail in Fort Worth, a rapid transit system in Honolulu, new commuter rail in Denver, upgrades to two L lines in Chicago, an extension of Boston’s Green Line, and more.

There are another 55 projects in the capital investment grants pipeline in the project development or engineering stages that would be stuck in limbo, searching to make up the hundreds of millions if not billions of dollars in funding they expected from the federal government.

In the Seattle area, the LINK light-rail extension to Lynnwood is in the New Starts Engineering stage. The $2.3 billion project was slated to receive about half of its funding from FTA. Two light-rail extension projects in Minneapolis in the pipeline would now have to find $1.6 billion in local or state funds to make up the FTA gap. Cities such as Atlanta, which passed major transit funding ballot measures last November, won’t have the federal funds they planned for.

Davis says Indianapolis’ $96 million plan to electrify its bus rapid transit system had reached the final stage project development before receiving its Small Starts Grant Agreement. Now the city might not get the $75 million Small Starts funding it needs.

“This is not a big city thing,” says Davis. “These grants fund projects in small- to medium-size cities all across the country.”

Because of that, he’s hoping that a broad and vocal constituency might provide the kind of outcry necessary to keep the capital grants program and TIGER in place. He points to the swift outrage that followed news that the Trump administration had plans to cut Meals on Wheels, the federally funded program that delivers food to those in need.

Transit certainly doesn’t have the emotional appeal of feeding people who have trouble leaving their homes, but Davis says it would make a difference if Congress heard from constituents who say, “not only do we value these programs, they help us with our economic development goals. This is a vital program, especially for local communities who want to see project advance.”