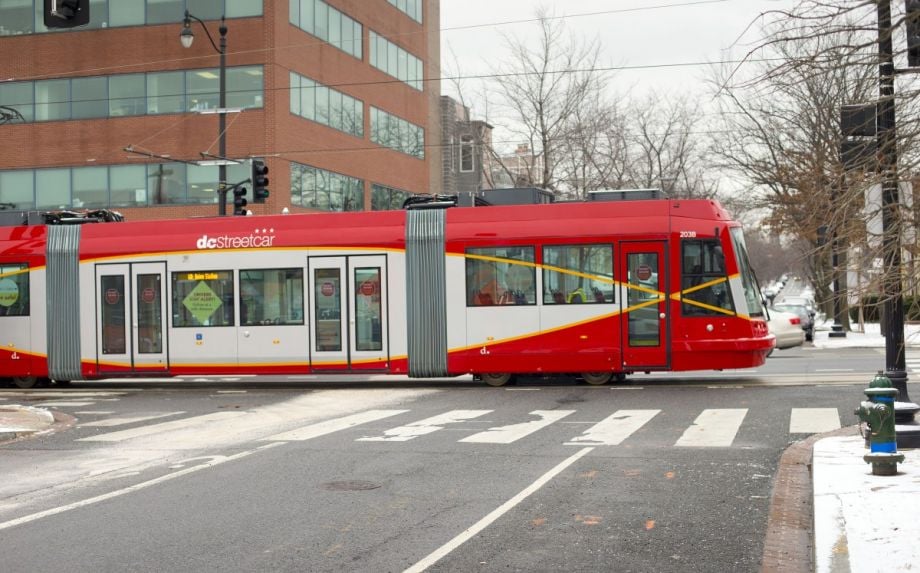 To identify the improvements that would increase transit ridership, it helps to start with two basic questions: How are people riding transit now, and what do they value about it?

That’s the approach taken with the new report “Who’s on Board,” released Monday by TransitCenter, an NYC-based policy and advocacy nonprofit. Based on surveys of approximately 3,000 people who ride transit in 17 regions, plus focus groups in Raleigh, Denver and New York, the report makes the expected suggestions for improving transit — increase frequency and speed — but also comes to some conclusions that question transportation industry dogma regarding who rides transit and why.

The report especially takes issue with the outdated distinction between “choice riders” — those who have cars but can be lured into riding transit — and “captive riders” — who have no cars, and thus no other choice. In a news briefing, lead author Steven Higashide emphasized that dividing people this way can be used to justify poor quality transit or flashy upgrades that don’t actually improve reliability, assuming people who have cars must be won over by nice amenities, while people without cars will ride transit no matter what.

The report includes a quote from Chicago Transit Authority CEO Dorval Carter exemplifying that way of thinking. “The people who have to ride CTA will ride CTA. The choice riders are the ones you really covet,” he told the Chicago Tribune last year.

Higashide disagrees, and the data bears him out. “Whether or not they own a car, people are sensitive to transit quality,” he said. “The idea that someone who doesn’t have a car has no choice but to use transit is obsolete.”

The report divides riders into three groups: occasional riders who take transit once in a while, commuters who use transit regularly, but only to get to and from work, and all-purpose riders who take transit to serve a variety of their needs. The authors found that transit use wasn’t primarily driven by whether or not people had cars, but by the frequency, speed and reliability of the transit system available to them. In other words, “captive” riders didn’t use transit regardless of quality. Non-car owners also used bicycles, cars borrowed from friends or family members, taxis, car-share, bike-share or ride-hailing apps. They were much more likely to use transit — and to recommend it to others — when they perceived transit service as good. Multiple studies have found that transit ridership increased among non-car owners when travel time decreased.

Overall, when presented with a list of service improvements to rank in importance, respondents ranked a faster trip first, followed by more frequent service and a smaller fare. They also highly valued weather-protected bus stops, real-time arrival and departure information, tap-and-go fare cards and a shorter walk to the bus stop. At the bottom of the list? Power outlets and free WiFi. 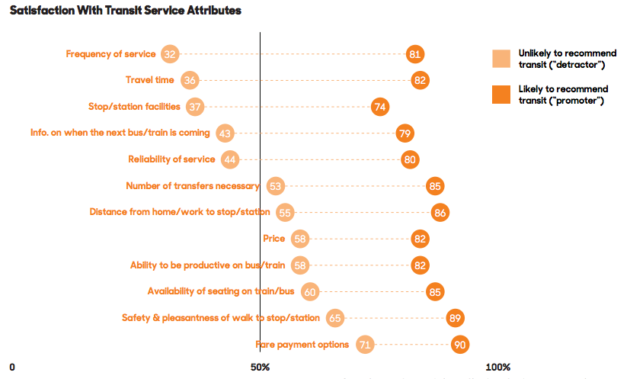 As Higashide emphasized during the news briefing: Transit agencies that are trying to attract occasional riders and commuters to increase their transit usage would do better to focus on service than on upscale amenities or new modes designed to appeal to some upper-class aesthetic. He cites the resurgence of streetcars, for example, as “a return of style over substance.” Despite frequently being touted as “sexier” than buses, they operate in mixed traffic, and hence are often not faster than driving, leading them to garner less than the expected ridership.

The report also emphasizes the need to change the way we talk about people’s mode choices. Most people aren’t just “drivers” or “cyclists” or “transit riders.” They might be all three depending on where they’re headed or how quickly they need to be there or the day of the week. Of the people surveyed for the report, occasional riders made up about half, commuters one-seventh, and all-purpose riders a third. In cities where transit access is poor, occasional riders make up the largest share. As transit improves, the report notes, all-purpose ridership grows too.

Just over half of survey respondents use transit between one day a week and one day a month. Hence the majority of riders are using the system only occasionally, but a majority of trips are being taken by a small group of frequent riders: Approximately half of all trips are being taken by all-purpose transit users. Typical methods of measuring transit use — like the census and American Community Survey — focus almost exclusively on commuters, neglecting even those who use transit but not to commute, or those who commute by transit a few days a week and drive the rest.

There’s a pretty major catch to the report’s methods: The sample of 3,000 respondents was entirely recruited online, using a survey conducted only in English. Hence, fewer than 7 percent of respondents are from households making less than $25,000 a year. But low-income Americans ride transit at higher rates. By comparison, 23 percent of New York’s transit riders make less than $25,000. The report attempts to rectify that divide by identifying contented versus discontented all-purpose riders: that is, those who are happy to ride transit as their primary mode, versus those who want to buy a car as soon as possible. Those in the discontented group tend to have lower incomes.

To increase the number of all-purpose riders, the report’s authors have a few suggestions: Concentrate development around places with transit access; concentrate transit in dense neighborhoods; improve walkability to transit stops; and in particular, increase frequency and reduce travel time. These are not earth-shattering recommendations, and neither are the report’s suggestions for how transit agencies should get there: Reduce travel times by dedicating lanes for transit, adopt prepaid fare collection for buses and other ways to speed up boarding, redesign routes to be straight and direct, and cut down on the number of stops by consolidating those that are close together.

Their findings did underscore the importance of one improvement in particular: improving pedestrian access. About 80 percent of all-purpose transit riders are walking to transit, and so are more than half of commuters and occasional riders. “There’s a lot of hype around using Uber and Lyft as a first-last mile connection to transit,’ says Higashide, but most people are still walking.