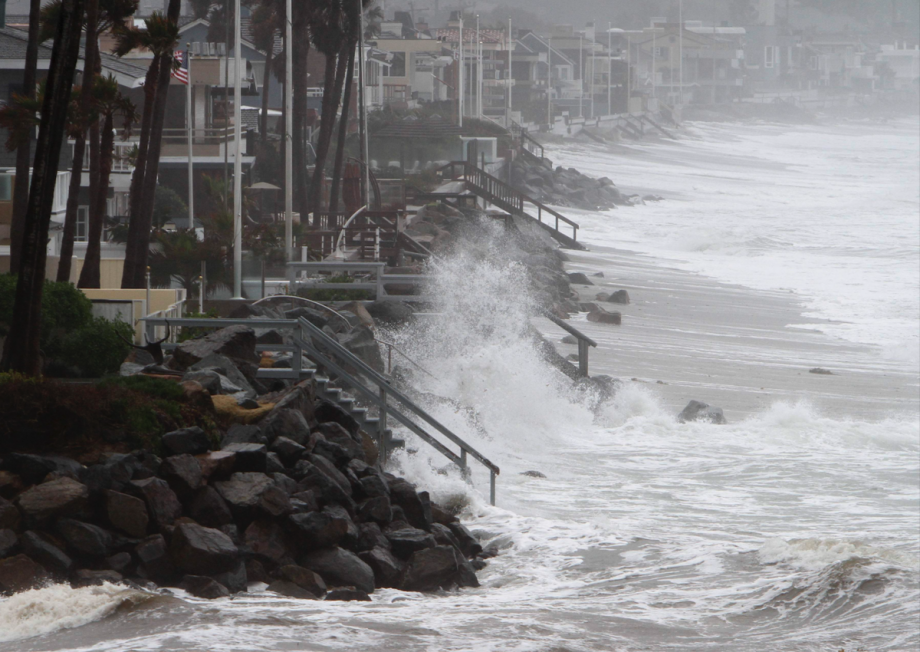 The nature of sea-level rise is such that it threatens whole regions at once, with no respect for municipal boundaries. But in most cases, local communities are left to develop their own strategies for addressing the threat. And the decisions they make, based on local concerns about environmental conditions and property rights, have ramifications that spread out to neighboring cities and towns.

The coastal city of Del Mar, California, in San Diego County, is currently facing that challenge. Last week, the Del Mar city council, which represents about 4,300 residents, voted against including the strategy of “managed retreat” in its long-term Sea-Level Rise Adaptation Plan.

Managed retreat refers to a simple concept that can be very complicated in practice: abandoning land and sometimes developed property in coastal areas as the sea rises. It’s considered a last resort for sea-level rise adaptation. While the city had initially included the strategy in its plan last month, the city council ultimately decided to strike it from the documents after residents objected that it would sink the values of their properties overnight.

“Given the financial, legal, and environmental risks that are compounded by doing retreat, it makes no sense at this time,” says David Druker, a Del Mar city councilman who joined his colleagues in voting against the inclusion of the strategy last Monday. “We don’t know what the consequences of sea-level rise will be necessarily, or how much they will affect Del Mar into the future. They could be devastating, they could be not. For us to turn around and say, well, we’ve got to worry about managed retreat today doesn’t make a whole lot of sense.”

Complicating the decision is the fact that the California Coastal Commission, which regulates land use in coastal areas, has to approve the city’s adaptation plan. The Commission requires that cities show they’ve considered every option for sea-level rise in their plans, according to reports in The San Diego Union-Tribune. The city could lose local control of coastal land-use if the Commission doesn’t approve its plan, according to the Union-Tribune. The plan won’t be finalized until later this year.

“I think the community understands that at some level within our adaptation plan we need to address why we we are not going to be using managing retreat to address sea level rise at this time,” Druker says. “And four of the council members agreed with that position.”

Druker says he’s hoping that the Commission will recognize that Del Mar is in a different position than some other coastal areas. Specifically, it has extremely high-value homes that are very close to sea level, says Druker. Adopting managed retreat as a strategy could hurt property values in the short run, and over the long run, put the city in the position of “battling with its own citizens about whether we have the right to make them leave their houses,” he says.

Instead of managed retreat, the city hopes to pursue replenishing sand on the beaches and dredging the San Dieguito River to mitigate flood risk. Over the long term, Druker says, the city hopes that early-stage technology will mature so that it can create an artificial reef in the ocean, causing waves to break further away from the coastline.

“We’re a little bit on the forefront, because very few cities in California have created a sea-level rise adaptation plan that has been approved by the Coastal Commission at this point,” he added.

In March, the California Ocean Protection Council adopted a new guidance policy that encourages communities to include managed retreat as a strategy for adapting to sea-level rise. The Council lays out its best estimates for sea-level rise in various areas, and encourages communities to adopt plans that take into account their “adaptive capacity,” or ability to evolve in response to the impacts of sea-level rise. The guidance also says that social equity and environmental justice should be prioritized in the development of adaptation plans. It also says that planning should happen at the regional level where possible.

Deborah Halberstadt, executive director of the California Ocean Protection Council and deputy secretary for oceans and coastal policy at the California Natural Resources Agency, says that managed retreat is the most controversial strategy included in its guidance because of the thorny problems it raises related to property rights and property values. But the preferred adaptive capacity approach lets communities pursue every strategy for protecting property on its coastline first, and then consider managed retreat if it’s still experiencing flooding that threatens health and safety, Halberstadt says.

“My hope is that we can collaborate regionally at the city level and at the county level and across counties with the state and federal governments to develop strategies that will protect our coastlines to the extent possible,” she says. “But I think we also have to take into account the reality of sea-level rise. We can’t stop it … We really need to be working together to develop strategies and educate people as to why these types of approaches are part of the conversation. Not as a fear tactic, not to scare people, or to cause plummeting property values. But to be realistic and honest with the people of the state.”