This Food Delivery Startup Only Hires Immigrant Chefs – Next City 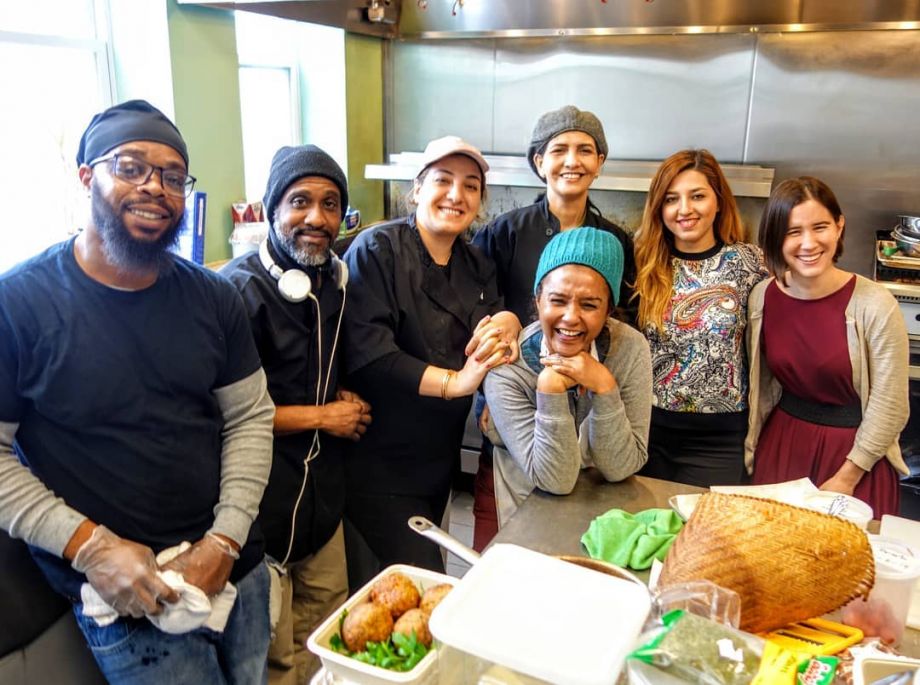 Immigrants and refugees employed in the U.S. are more likely to be men and earn less than their American-born counterparts.

The D.C.-based company Foodhini offers a model where new arrivals can broaden their options. Foodhini brings Syrian, Lao, Bangladeshi, Eritrean and Iranian food, cooked by immigrants from those countries, to the doorsteps of D.C. residents.

Diners get to sample a cuisine they may not have tried before. Chefs get employment, experience in food retail, and informal training — all in an environment where English fluency is not required. Some chefs have opted to work full-time on a long-term basis. Others stayed for a short time before launching their own business ventures. Three out of the five current chefs are women.

The startup, officially launched in 2016, quickly captured positive media attention. By 2018, it had appeared in the Washington Post Magazine, Voice of America, and BBC News.

If Foodhini’s first two years lit a fire, by most standards the company hit a rolling boil in 2019. In January, the operation graduated from a rental space to its own building. The new Foodhini home features a commercial kitchen, storage, an office, and a common space where the chefs and staff often share meals. Foodhini is nestled into a row of storefronts along Rhode Island Avenue NE, a few blocks shy of the Maryland border.

The second development in January was another kind of presence — a pop-up retail spot at Whole Foods in the busy Foggy Bottom neighborhood. Every weekday, Chef Majed Abdulraheem reaches over an ad hoc counter to hand Syrian shawarma wraps to lunchtime visitors.

“We’ve seen a lot of interest just from us being in a physical location,” said Noobtsaa Philip Vang, Foodhini founder and CEO.

The plan, says Vang, is for Foodhini chefs to rotate through the Whole Foods space. The next chef in line to helm the pop-up is Chef Mina Alipourasl, who serves food from her home country of Iran.

“We can give chefs opportunities to have that retail experience, but then also provide a bunch of diversity and variety for customers,” he says.

Foodhini was born during Vang’s time in the MBA program at Georgetown University. While Vang says MBA programs aren’t designed for startups or social enterprises, he found resources like Georgetown’s Summer Launch Program, an incubator for current students, and the Halcyon Incubator, a fellowship program for social entrepreneurs. Vang says the idea for Foodhini grew from his own experience of yearning for his mother’s homemade Hmong food. His parents fled Laos following the Vietnam War and had to work multiple jobs to support their family.

Vang has now worked with eight chefs and the company employs about a dozen staff members.

Starting a small business, whether in pursuit of a social mission or not, poses major challenges for those in marginalized communities. Myeasha Taylor, who runs the D.C.-based DREAM Program that assists business owners, says resources often hang just out of reach. She says that for business owners to tap into support, most programs assume a level of privilege “which often requires capital and resources that the communities we serve don’t always have access to,” Taylor says.

While Vang and the Foodhini chefs aren’t part of DREAM, Taylor is familiar with the company. “I like what they’re doing,” she says. “Hopefully the Foodhini platform is a lucrative, equitable, and safe place for people who are not citizens.”

When it comes to training opportunities, Foodhini chefs often find a resource stirring a pot right next to them. Vang has watched experienced cooks give guidance and mentorship to newcomers.

As a social enterprise, the company has to satisfy the double bottom line of profit and social good. That makes success a tall order. “We want to make sure we’re providing not just good job opportunities and economic opportunities,” Vang says. “It’s really important for us to look at how we provide economic mobility.”

So far, two Foodhini alumni have left the company to start their own businesses. Dorjee Tsering opened Dorjee Momo, a Tibetan pop-up restaurant that won fast popularity. (A later plan to expand into a permanent spot combined with a bed and breakfast did not happen.) Wing Villarias, who specializes in Palawan food from the Philippines, has cooked for several restaurants in the area.

Villarias says that at Foodhini he learned that critical skill of writing a recipe. But he came away with more than that. “I have improved my confidence and my ability to share my creativity and passion,” Villarias wrote in an email. “Foodhini has given me an opportunity to become more independent around developing opportunities to share my food.” Villarias and Tsering recently teamed up to form Immigrant Brothers and host a series of pop-up dinners. The first of these, Land and Sea, fetched $75 to $85 a head.

Still, Foodhini faces challenges. The chefs speak different languages and their cooking backgrounds vary. Some have come in with no professional experience in food preparation.

Vang is aware of the fine line between success and struggle. “When you’re able to see a team supporting each other and helping each other, building something together, there is no greater, more beautiful thing,” he says. “And it’s the exact opposite when it doesn’t work out. It’s like utter chaos.”

Vang sees a future with deeper roots in Foodhini’s home city and expansion around the country. Within the Washington region, he wants to add more delivery areas (The company just announced Takoma Park, in Maryland) and additional Whole Foods pop-ups, as well as create Foodhini storefronts.

Social media hints at Foodhini’s expansion into other cities. The company has already created placeholder Instagram accounts for Foodhini Seattle, Foodhini San Francisco, and Foodhini NYC, among others. Vang imagines a day when diners can travel from city to city, sampling the world’s cuisines. For expansion in the near future, however, he wants to focus on places where eaters are eager to try new foods that may be hidden in plain sight. “We’re not pushing something new or different,” Vang says. “It’s actually elevating the communities and the foods that are already in that city.”