The Problem With Public-Private Partnerships 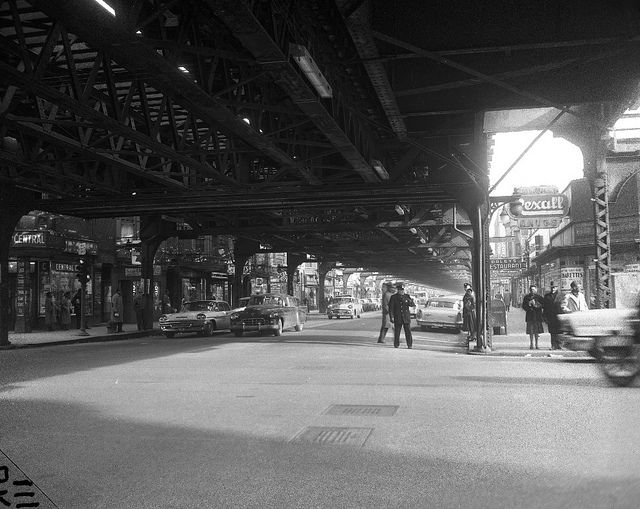 On Chicago’s South Side, 63rd Street was once a mecca of culture and business. Amelia Earhart went to a high school on the street. Duke Ellington confabbed with Tony Bennett between gigs. Hugh Hefner (only arguably cultural, but certainly a businessman) assembled the first issues of his magazine in a nearby apartment.

Today, 63rd Street is a tabula rasa. It’s a boulevard of grass, a razed meadow in the heart of America’s third-largest city. Not even drug dealers hang out here. There’s no place to sit, no stoops to command.

You can find similar swaths of no-man’s land in inner cities all over the country: Detroit, St. Louis, Cleveland, Buffalo. Unlike these cities, Chicago has the money to rebuild 63rd Street. But will it? Not if it can get someone else to foot the bill.

The conundrum can be summed up by a wonky phrase on the lips of mayors nationwide: Public-private partnership, which codes for getting corporate America to pay for something once funded by tax dollars alone.

?By chance, the crown prince of this neoliberal school of government is Chicago Mayor Rahm Emanuel. Almost every month, the former White House chief of staff and Obama chum launches a new public-private partnership.

?Just this spring, he announced a $7 billion plan to modernize the city’s infrastructure. Under the plan, investors and private companies would pony up for improvement projects, most to be determined, in return for interest, profit shares or both.

In pushing to privatize once-public assets, Emanuel is widely seen as a role model. He sounded the gospel during a recent mayors roundtable on Charlie Rose.

“We have great corporations in Chicago who are, in my view, the best of corporate citizens,” Emanuel said. “I couldn’t achieve anything I’m trying to do without their participation.”

Agreed Mayor Alvin Brown of Jacksonville: “[These partnerships are] the wave of the future. Government can’t do it alone.”

The problem is that the public-private partnerships, as Emanuel outlines them, are tilted toward the private side. They let corporate interests drive public investment. Projects that fail to align with the interests of private funders go begging.

63rd Street shows how big that hole is. What company is going to invest in building affordable housing and livable communities here? These honorable causes stand to be big losers in the era of the public-private partnership.

?Not only has Emanuel refused to invest here — he’s actively cutting back on the city’s role in the neighborhood. For instance, he wants to close half of the city’s mental health clinics, including one just off 63rd Street. The reason? Insufficient funds.

Perhaps Emanuel can make everyone happy by swinging a deal to lease the street to the highest bidder, just as Chicago has leased its Skyway and parking meters. Imagine it: “Coming to the South Side: Boeing Boulevard (formerly 63rd Street), brought to you by Boeing, builder of bombers and bungalows.” Also, a new mental health clinic, sponsored by GlaxoSmithKline.

Realistically, City Halls in Chicago and nationwide must invest in depopulated districts like 63rd Street because no one else will. The community that 63rd Street runs through was home to 81,000 residents in the 1960s. Today, it has less than a third of that, just 26,000. This is prime real estate, an easy commute from the Loop.?If it and similar neighborhoods aren’t repopulated, and soon, there won’t be much of a city left.