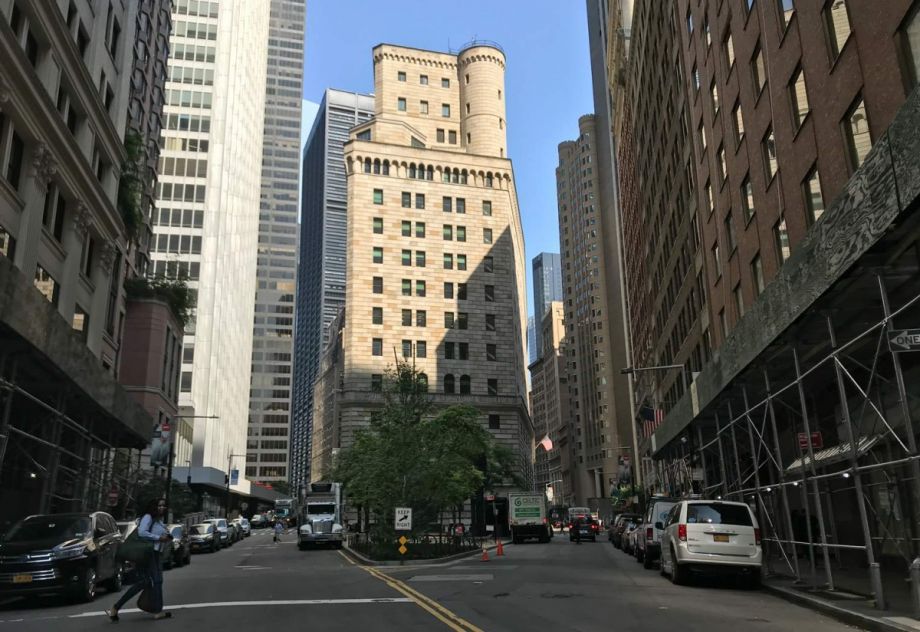 New York City Council Speaker Corey Johnson has proposed a $12 billion relief plan to help businesses and workers affected by the COVID-19 pandemic. The city council estimates over 500,000 workers and more than 40,000 businesses are in the industries hardest hit during the COVID-19 crisis, businesses that generated $40 billion in taxable sales last year.

Johnson wants the federal government to pay for the plan, but if it fails to step up right away or with enough help, he said the city should borrow money through the municipal bond market to pay for it until any federal money comes in. It’s what the city did after 9/11. “It was the boost the city needed while we waited on federal aid to come through and was integral to our ability to immediately begin the cleanup and recovery,” said the statement from Johnson’s office.

A lot of cities and states are banking on a federal bailout. The $150 billion in state and local budget aid from the $2 trillion CARES Act is a start. But there’s another problem for those who might want to bond finance a relief plan in the meantime. The municipal bond market itself is in freefall right now, given the unprecedented scale and suddenness of the economic disruption from COVID-19. Nobody wants to buy new municipal bonds, and just about everybody who owns a slice of the $3.8 trillion municipal bond market wants to sell what they have.

“Buying state and local debt, for years and years that just wasn’t on the menu, it wasn’t even something to talk about, and now suddenly they’re talking about it,” says J.W. Mason, assistant professor of economics at the City University of New York’s John Jay College and a fellow at the left-leaning Roosevelt Institute.

Buying municipal bonds is just one of many things Mason believes the Fed should do to help the country through the COVID-19 crisis and beyond. In his view, the Fed has a lot of unused power it could exercise that would serve both its conventional purpose and broader public policy purposes.

“It seems to me there is actually a lot of overlap between what the Fed would need to do if it wants to achieve its existing mission of macroeconomic stabilization more effectively and what the Fed should be doing if it’s going to support the transition to a sustainable, decarbonized economy and more just and equitable society,” Mason says.

The Fed took a big first step in that direction in response to the last economic crisis. In 2009, the Fed began using its power for the first time to buy up mortgage-backed securities guaranteed by Fannie Mae, Freddie Mac and the Department of Housing and Urban Development.

The Fed’s main stated purpose back then was to provide a systemic boost to the financial system — if you saw the phrase “quantitative easing” floating around the headlines these past few years, buying up mortgage-backed securities is part of that. But doing so also overlaps with the broader policy goal of supporting housing, and it has had a direct real-world impact for people.

Each mortgage-backed security represents ownership of a slice of debt from dozens, even hundreds of underlying mortgages. Private lenders originate the mortgages, then someone like Fannie Mae or Freddie Mac purchases them, pools them into securities and sells those securities to investors. So when you pay your mortgage, it’s very likely your money is going to investors, not necessarily to the bank or lender where you got your mortgage.

In the aftermath of the 2008-2009 financial crisis, no one wanted to buy or own mortgage-backed securities sold by Fannie Mae, Freddie Mac or Ginnie Mae (which securitizes mortgages guaranteed by HUD). If it wasn’t for the Fed buying them, those agencies would not have been able to continue securitizing mortgages and supporting half of the mortgage market across the entire country.

“There was a period of a number of years where a majority of all mortgages issued in the United States ended up owned by the Fed,” says Mason. “Nobody else wanted to own them, so the Fed bought all of them. They can do it.”

Rather than selling back all those securities to investors once the economy recovered, the Fed held onto them, and until 2017 it kept buying more to replace those that reached the end of their repayment terms. So the Fed currently still owns $1.37 trillion out of the $8.3 trillion market in mortgage-backed securities sold by Fannie Mae, Freddie Mac or Ginnie Mae.

On March 23, in response to the market turmoil created by the COVID-19, the Fed announced that it would resume buying more mortgage-backed securities, “in the amounts needed to support smooth market functioning” — basically as much as it needs to in order to keep the mortgage-backed securities market from collapsing again. And that’s not all the Fed is starting to do in the wake of the COVID-19 pandemic.

“It turns out we’ve never really put [the Fed’s powers] to the test,” Mason says. “The Fed has a general counsel who says what it can legally do. When [the Federal Reserve’s Board of Governors feels] the urgency, they find they can do a lot of things.”

The Federal Reserve also on March 23 announced that, for the first time, it is entering the market for corporate bonds, seeking to prop up that market the same way it has propped up the mortgage market since 2009. Under its corporate bond buying rules, the Fed for now says it will not buy bonds issued by companies expected to receive direct financial assistance under pending federal legislation. (Although some are still concerned about the transparency of the Fed’s process for acquiring corporate bonds.) The Fed will also be acquiring stocks — specifically, shares of exchange-traded funds that represent ownership in a basket of companies like those included as part of the S&P 500 index.

There’s more. Similar to how it did after the financial crisis a decade ago, the Federal Reserve also announced on March 23 it will use its powers to prop up lending for car loans, student loans, credit cards, equipment loans, and small business loans guaranteed by the U.S. Small Business Administration.

Congress has signaled its intent that it wouldn’t mind if the Fed took the next step and just start buying municipal bonds outright. With the passage of last week’s $2 trillion relief bill, the Fed temporarily has more authority than ever to acquire municipal bonds — although the bill stopped just short of directing the Fed to start acquiring them right away.

University of California Irvine law professor Mehrsa Baradaran, author of “How the Other Half Banks,” says the Fed could go one step further and offer cities and states a bit of financial relief through the municipal bond market. It wouldn’t be a huge amount, but not insignificant in these desperate times.

“The Fed could purchase muni bonds outright and by purchasing them could fix a lot of problems,” Baradaran says. “The bonds would be on the Fed’s balance sheets and all the purchased bonds’ payments could be temporarily halted.”

Jesse Van Tol is CEO at the National Community Reinvestment Coalition, a nationwide network of bank watchdog and community development groups. His was one of many groups that called on the Fed to restructure mortgages it came to own ten years ago during the last financial crisis. That could have reduced monthly mortgage payments for millions of struggling homeowners during the Great Recession. This time around, Van Tol wants the Fed to temporarily cancel payments automatically on all the mortgages it owns and is soon to own.

“I’ve seen no indication so far that they’ve thought about their role in owning those securities as anything other than monetary policy, but it’s my belief that they have the power to do that kind of thing,” Van Tol says.

In a 2017 paper co-authored for the Roosevelt Institute, Mason argued that, “While conceived of as emergency measures, similar programs could be adopted on an ongoing basis if there is reason to believe that the normal allocation of credit is inconsistent with social priorities, or with financial stability, or with the Fed’s other macroeconomic objectives.”

Mason imagines a Fed that regularly buys and sells securities tied to things like loans for solar power installation on residential and commercial buildings, or for public transit expansion, or to build more public housing. There is a caveat — the Fed couldn’t do very much along those lines without elected officials choosing to spend on such things at the federal, state or local levels. What it can do is complement such spending by making sure the financing for such priority projects would be cheap and readily available.

Despite all the turmoil out there in the real economy right now, Mason is hopeful about the Fed’s recent move toward doing more things in response to the COVID-19 crisis, and to start doing those things much more rapidly than it did a decade ago. He takes it as a sign of more open-mindedness among the Federal Reserve Board of Governors to do more in response to broader needs.

Some of that open-mindedness may be due to lessons learned at the Fed from the last crisis. But Mason also attributes at least some of the changes at the Fed to a new generation of elected officials, particularly mentioning Reps. Alexandria Ocasio-Cortez, Rashida Tlaib, Ayanna Pressley and Ilhan Omar.

“The Fed’s Board of Governors, maybe they don’t always want to talk about themselves in this way, but, they are political actors,” Mason says. “The Fed has historically gotten a lot of deference from Congress or when it’s been criticized it’s been from the right, from an austerity kind of perspective. But I think these newer members have been really effective pushing the Fed from the other direction saying why aren’t you doing more to support the real economy.”