The City of New York Has Its Own Non-Profit I.T. Consulting Shop – Next City

The City of New York Has Its Own Non-Profit I.T. Consulting Shop 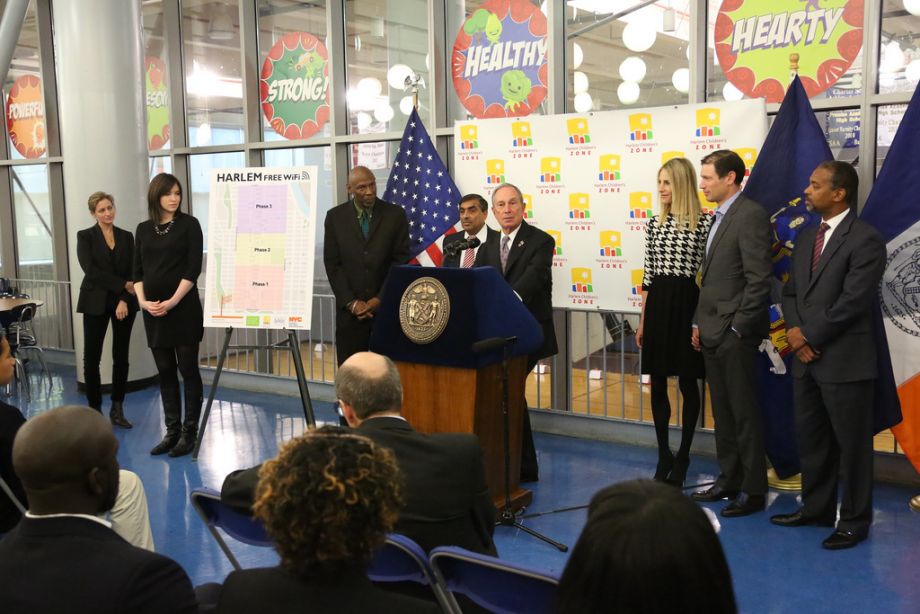 New York City’s Department of Information Technology and Telecommunications has just released its “Progress Report” for 2013, and while the document is largely promotional, as these things tend to be, it does offer a look at the breadth and depth of work of one of the world’s most active and best funded in-government municipal technology offices.

Even to those of us who follow such things, though, one detail jumps out. That has to do with something called the New York City Technology Development Corporation, described in the document as “a not-for-profit IT consulting firm that serves only one client — the City of New York.” The New York Times, it turns out, took note of the Technology Development Corporation, or TDC, at launch last August, but the group has otherwise flown largely under the radar. That, in retrospect, is perhaps not all that surprising, as the existence of the Corporation is something of an acknowledgement that the city of New York has had its share of I.T. woes, including the troubled CityTime project and the flawed overhaul of the emergency 911 system.

“You can call me ‘Commissioner’ for one more week now,” joked Rahul Merchant when I got him on the phone last week. Indeed, Merchant has served for the last 20 months as commissioner of DoITT, as the city’s tech department is known, after the fairly abrupt resignation of the last commissioner. Merchant, like the heads of many, if not all, departments in New York City, is expected to leave with the takeover from Mayor Mike Bloomberg by Mayor-elect Bill de Blasio. Merchant says he took the job as both commissioner of DoITT and the city’s first Chief Information and Innovation Officer even with the baked-in term limit because he thought that his three decades as a tech specialist in the finance sector had taught him a few things about pulling off large-scale I.T. projects. And chief among the lessons, he says, is that project management is both mission critical and not something at which every government agency or department can be expected to be sufficiently good.

Several months, Merchant said, were spent figuring out a model for the NYC TDC. He credits the vision and support of Deputy Mayor for Operations Cas Holloway. Among the approach’s chief selling points is that it tackles the challenges with contracting out I.T. work that has afflicted everything from the city’s 911 system to the federal government’s HealthCare.gov launch. “I.T. projects in government,” said Merchant, “are extremely complex to manage.”

So the Technology Development Corporation starts its approach with people. Merchant describes a team of ten project managers and “technology architects” working out of Brooklyn’s MetroTech complex but spending the bulk of their time floating between clients at various agencies, departments, and offices around the city. The TDC is set up as standalone firm on contract with the city. Asked for financials, Merchant talks about “a budget request of five to six million of personnel cost, and a three-year vote of budget clearance.” The driving notion, said Merchant, is “a single agency will do a large project every five to ten years,” and so “having a project management team sitting in an agency is hard to do.” That means, in part, that it becomes difficult to hire: “You cannot give them a career path.”

At the same time, said Merchant, those working in government and up to the challenge would shy away from taking it on. These are high-risk projects, and the nature of public service meant that there weren’t the incentives — bonuses, for example — that he was familiar with from the private sector here encouraging people to take on uncertain responsibilities. So what has tended to happen, said Merchant, is that “in the past, frankly, we would hire outside consultants to do this job.” But the consultants, then, “would do the minimum to get by. They don’t want to get involved in inter-agency architecture” or other sticky intragovernmental wickets that might, ultimately, speak to whether projects prove sustainable or not. “They want to do their one piece of work and move on.”

But a staff job in the Technology Development Corporation “is not a consulting gig for them,” said Merchant. “This is the terms of their employment.” But the job has a certain appeal for employees, too, he said. For one thing, the salaries are higher — 20 to 30 percent — to comparable jobs within DoITT. That’s not necessarily competitive with the private sector, but there are quality of life considerations at play. Clients come pre-lined-up — “This is a consulting group that is going to be busy 110 to 120 percent of the time,” said Merchant — which relieves the bother of going hunting for work. That also spells no travel, and altogether the package can prove appealing, said Merchant, for those who have gotten a bit tired of life as a private-sector consultant. “All the clients are here in the city,” he said, “and you don’t have to sell anything.”

The New York City Technology Development Corporation hasn’t been in existence all that long, said Merchant, but he points to a few of what he considers successes. The official New York City website at NYC.gov was overhauled; the TDC handled project management, technologists at DoITT did the programming work, and the Brooklyn digital agency Huge did the design work. They are launching a 100-block wireless Internet in Harlem — “a third of Harlem will have free WiFi on the streets” said Merchant. The project was inspired by Google’s network in Chelsea and was brought to them by the funders, the Fuhrman Family Foundation, in the fall; it’s expected to be operational by the first of the year. And there are wonkier projects too: Merchant highlights an enterprise licensing and permitting platform. Through TDC, he said, “we’ve executed three or four very large initiatives that could have taken us five to ten years.” But there was, he argued, only so much he could tackle in his short 20-month tenure. Of the city’s flawed 911 system, he said, “I have limited bandwidth and I didn’t think I could get my hands around it.”

While Merchant is proud of what the Technology Development Corporation has accomplished thus far, he has ideas on how things should be different under the next mayor. He said that he has had a handful of conversations with the incoming de Blasio administration. “I’m very hopeful that they can find someone better than me,” he said with a laugh when I asked about his replacement. Even before he leaves, he’s hoping to bring on a few more staffers to focus on “project governance” — that is, working with stakeholders to make sure that I.T. projects are advances the goals of government at the same time they’re succeeding as technology packages. Whoever comes after him, he said, he hopes that he or she won’t have the same range of responsibilities. He’s advocating splitting his role into three: commissioner of the Department of Information Technology and Telecommunications, director of the TDC, and CIIO. (He talked of “20 months of 20-hour days.”) As he sees it, the commissioner should handle the department’s responsibilities as lead on the city’s day-to-day I.T. requirements and the director of the TDC should run that shop, leaving the CIIO, as an advisor to the mayor, “have the time to roll out a larger agenda.”

As for Merchant, on the agenda for him is serving on a handful of public and private boards but otherwise giving himself a bit of a break. “Over the last three decades or so, I’ve never taken a day off between jobs,” he said with a laugh. “It’s time.”