Syracuse Is Finding Ways to Prevent Evictions – Next City 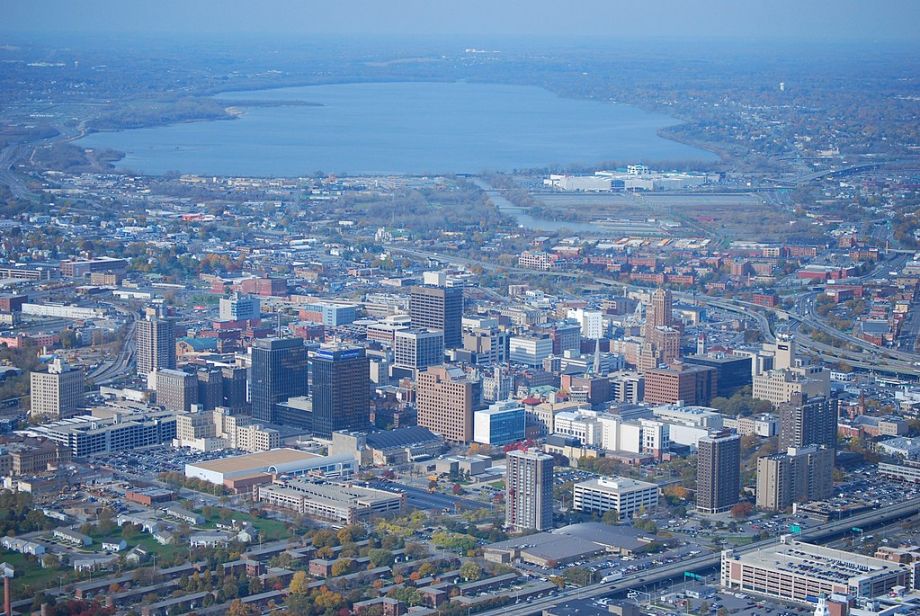 When you’re a homeowner and you’re late on your mortgage, the notices start arriving within a few days, says Stephanie Pasquale, commissioner of the Department of Neighborhood and Business Development for the City of Syracuse, New York. You might get a phone call on day three or day five. After two weeks, she says, you’ll get the “really nasty letter.” These repeated notifications serve as a slowly escalating warning system so that, by the time consequences are imminent, homeowners are well aware of the situation.

But that kind of intervention doesn’t always occur with tenants. And if a tenant is months late on the rent, there’s not much they can do to stop their eviction.

“What you hear time and time again is that there’s not a whole lot you can do at court,” Pasquale says. “All our legal partners will be able to do is delay the inevitable.”

Lately, programs that give renters access to legal representation in landlord-tenant court have been catching on in cities around the United States. Those programs are meant to help tenants exercise their legal rights in situations where landlords are almost always prepared to assert their own. But Syracuse has begun experimenting with an eviction-prevention program that aims to stop tenants from having to go to court in the first place.

Under the program, two case managers will reach out to tenants as few as five days after they miss a rent payment to offer assistance. In some cases, the city or the housing authority can offer one-time financial assistance or payment plans to get caught up on the rent. They can also help recalculate a tenant’s rent if they’ve recently lost a job.

The program is showing results, officials say. According to Sue McMahon, the Emergency Services Grant (ESG) program administrator in the Department of Neighborhood and Business Development, the number of eviction cases filed in landlord-tenant court by the Syracuse Housing Authority dropped from 834 in 2017 to 203 in 2018, the year the pilot began. The 75 percent drop also saved the housing authority $116,000 by reducing legal fees and preventing lost rents, as Syracuse.com reported last month. The pilot is funded by a $75,000 ESG grant, matched by the Syracuse Housing Authority, McMahon says.

“With the introduction of the Eviction Prevention Case Management Program at the Syracuse Housing Authority … the [authority] changed the way they did business,” McMahon said in an email. “They saw the value of the early intervention process to assist households with support services rather than using the threat of eviction if at all possible.”

Legal advocates agree that the housing authority has changed its approach.

“[The city] has been able to get the housing authority to amend its old ways I think, to a certain extent,” says Dennis Kaufman, executive director of Legal Services of Central New York, which provides legal representation to clients facing eviction in Syracuse and 13 counties in the surrounding area. “Our sense was [the housing authority] were just using eviction court as a collection agency — and not effectively either. If they get a judgment for $500, are they are ever going to collect on that? Probably not.”

In Syracuse, research has shown that about a quarter of residents move at least once a year — a much higher rate than in nearby cities and the national average. Annually, around 11,000 people are evicted from their homes in Syracuse. Last year, LSCNY invited Matthew Desmond, author of “Evicted: Poverty and Profit in the American City” to Syracuse to talk about eviction. The group has sought to amplify Desmond’s argument that eviction is a cause of poverty, and not just a symptom of it, in its work. That means pushing courts, landlords, and housing authorities to treat the issue differently, beyond its representation of any individual renter.

“We’ve tried to push landlords and the courts to understand that our clients — tenants — have a certain number of rights, both substantive and procedural rights, under New York state law, and that [the eviction process] should not be a conveyor belt,” Kaufman says. “Unfortunately for a lot of people, it really is.”

The city has tried to push new approaches to eviction beyond the housing authority as well. Last year, it launched a similar pilot program at Clinton Plaza, a Section 8 apartment building in Syracuse. The program is a collaboration between LSCNY, Catholic Charities of Onondaga County, and CRM Rental Management, the owner of Clinton Plaza. Over the course of 11 months, the program helped prevent 69 evictions and saved CRM more than $200,000, according to McMahon. The city is hoping to expand the program to other low-income housing complexes as well.

The Eviction Prevention Case Management Program is just one of 11 housing initiatives that the city has started to improve housing stability for Syracuse residents, as Mayor Ben Walsh announced at a recent event. In addition to preventing evictions, the initiatives are aimed at improving housing quality and connecting residents with resources. They include things like experimenting with a Rent Escrow Account Program, in which tenants can pay rent to a city-owned escrow account if their landlord has unresolved code violations, and developing a program to “grade” rental properties based on their quality and history of code violations. The city is also supporting the creation of a tenants’ union, and working with legal advocates to provide representation for tenants facing eviction.

“We know the trauma of forced housing mobility and we have a really active and involved legal services community here,” Pasquale says. “We need to do something about this epidemic. So many landlords are using eviction court to get paid, and so many families are facing this problem.”