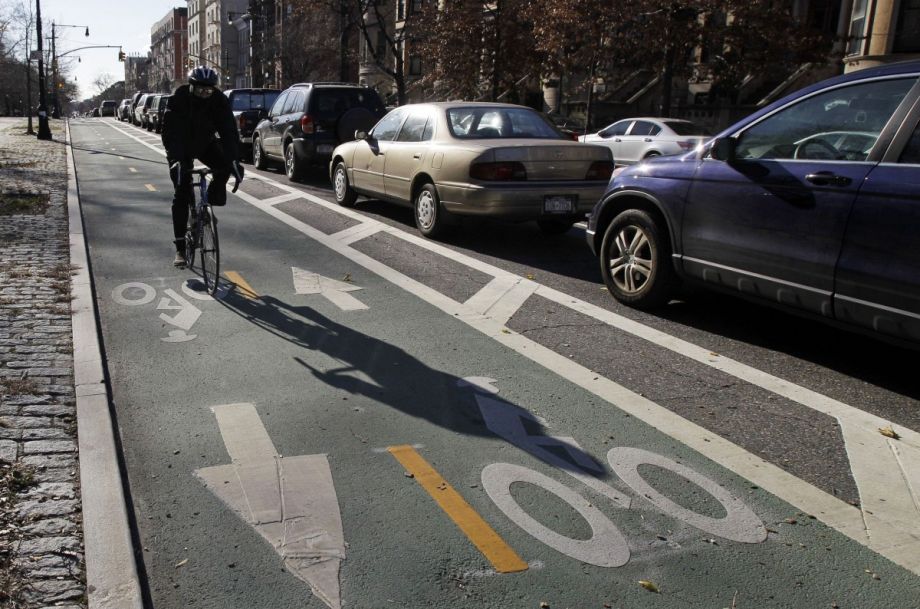 Putting in bike lanes or reducing parking can be a politically dangerous move, especially in New York. But for the past year and a half, political action committee StreetsPAC has been fighting for pro-pedestrian, pro-biking and pro-transit candidates in NYC and Albany — and gaining ground.

“Policy is good, but politics, especially the fear of not getting re-elected, is just as important,” says Glenn McAnanama, a founding board member of StreetsPAC.

Taking the safe streets movement from advocacy into electoral politics, StreetsPAC asks candidates to fill out a questionnaire about their stances on policies like complete street redesigns, speeding cameras and transit funding. Then, the group’s board, which is made up of local transportation advocates, sits down for an interview with the politicians. In a number of races, multiple candidates have filled out questionnaires and vied for an endorsement.

Endorsed candidates get a modest monetary contribution, get-out-the-vote support from StreetsPAC volunteers and — perhaps most importantly — a stamp of approval that tells voters the pol will fight for pedestrians, cyclists and straphangers.

One of the group’s biggest wins last year was in Brooklyn, where Carlos Menchaca, 34, was the only candidate in the city to defeat a sitting New York City Council member.

“[The incumbent] wasn’t a leader, she wasn’t someone who was pushing forward on this new direction of livable streets,” McAnanama says of Menchaca’s primary opponent, Democrat Sara M. Gonzalez. “Carlos was a breath of fresh air. He spoke so clearly on our issues.”

Menchaca, one of a growing number of Council members who bike to City Hall and around their districts, says that StreetsPAC-supported pols like himself have been able to change how transportation issues are discussed.

Instead of spending their time questioning new bike lanes, the Council’s Transportation Committee — which includes Menchaca and seven other StreetsPAC endorsees — now passes legislation making city streets safer. In June, the council passed a bill making it a misdemeanor for a driver to injure a pedestrian or biker who had the right of way — previously, a lowly traffic violation.

The group has endorsed both political newcomers like Menchaca and longtime politicians like Brooklyn Assembly Member Felix Ortiz who, in 2000, passed the first law in the country to ban driving while talking on a cell phone.

Currently, the highest-profile transportation issue in the city is Vision Zero, Mayor de Blasio’s plan to eliminate traffic-related fatalities in New York. Created with input from transportation advocates, the plan has resulted in street redesigns, new speeding cameras and, last month, a new law to increase fines for hit-and-run drivers by up to $10,000. In November, the city’s speed limit will be reduced from 30 mph to 25 mph.

Having a Council stacked with those favorable to street safety makes such measures less politically dangerous for the Mayor.

Another issue on the horizon is transit funding, “one of the third rails of state politics,” according to McAnanama. The $32 billion capital plan released by New York’s Metropolitan Transportation Authority last month has a $15.2 billion funding hole with no prospects to fill it.

Mayor Michael Bloomberg’s congestion pricing plan, which would have taxed commuters entering Manhattan’s Central Business District and used that revenue to fund the MTA, was defeated in the state legislature in 2008. The fact that Bloomberg couldn’t assemble a pro-transit coalition to approve congestion pricing shows how important it is to elect representatives who would vote for similar reforms, a key element in the StreetsPAC questionnaire, McAnanama says.

The group has been funded mostly with donations of $25 to $250 from New Yorkers, according to state Board of Elections filings.

“A lot of PACs are created to represent special interests,” says Hank Sheinkopf, a veteran New York political consultant. “But it’s funded by small dollar donations, so it can be a real voice for public transit in elections. That’s good.”

In New York, where labor unions and some advocacy groups and PACs have been wielding political power for decades, StreetsPAC still has to work on name recognition. McAnanama sees an opportunity for the group in “identifying challengers early to run against incumbents that oppose or obstruct livable streets priorities.”

“The idea of basic safety infrastructure, really taking safety as a priority on roads, is a very compelling issue to suburban voters,” he says. “Talking to some of the candidates in Long Island, they get that.”

And while the group has no plans to expand outside of New York State, cities around the country that have large transit systems and growing biking communities — think Boston, San Francisco, Chicago — could be prime for a StreetsPAC-like group.