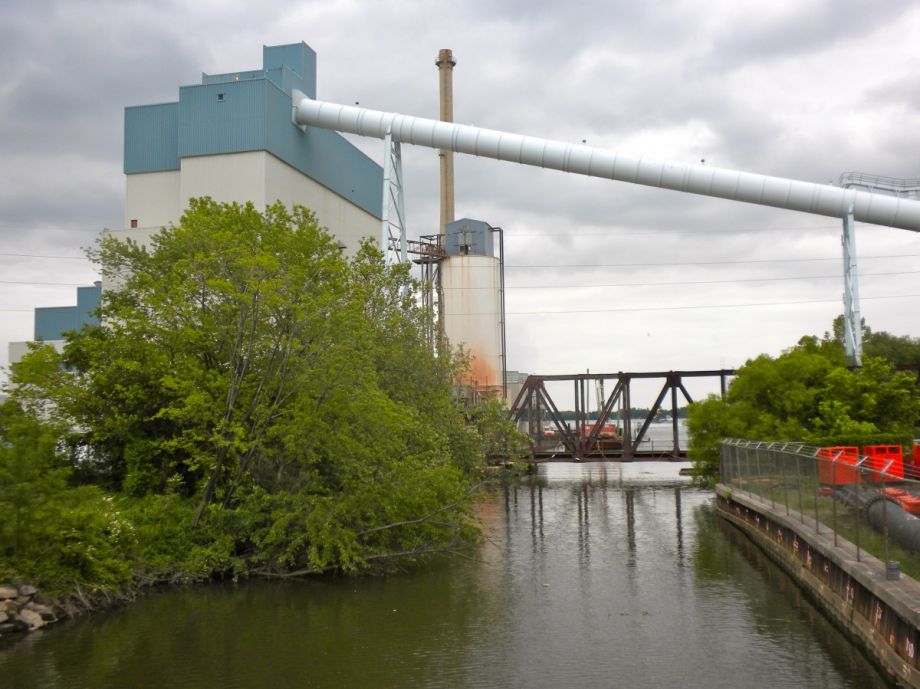 Mouth of Chester Creek on the Delaware River in Chester, Pennsylvania

The city, which is about 18 miles south of Philadelphia, has a combined sewer-stormwater system — and has until 2018 to come up with a plan to minimize flooding and eliminate sewage overflow into the Delaware River and other waterways. To do so, they’ve turned to private company Corvias, in what the city is calling a “community-based” public-private partnership. With an anticipated $50 million from a new stormwater fee, Corvias will plan and implement 350 acres of green stormwater infrastructure, and manage that system for the next 20 to 30 years.

The company took a similar approach in Prince George’s County, Maryland, which was also under a mandate to eliminate polluted runoff. There, as in Chester, Corvias aims to stick to the “high road infrastructure concept,” says Greg Cannito, Corvias project lead.

Cities’ rules around procurement and funding and a lack of collaboration among departments can keep them from realizing all of the potential benefits a single infrastructure project could have, he says. So, for example, when departments are required to choose contractors based solely on lowest cost, they may not be able to hire local, even though developing a loyal local workforce could save money in the long-term — and improve economic prospects for the municipality overall.

In Prince George’s County, Corvias was able to hire 80 percent local businesses and 95 percent minority subcontractors. Nearly a third of all work hours are being done by residents. “It’s not just about building the infrastructure, it’s about building the infrastructure that creates employment,” says Cannito. Those same contractors will carry on maintenance work for the next three decades. “So what you do is you start to create actual expertise, experience, and a base amount of revenue for those small local businesses that they can then go and compete in the region,” he says.

Corvias will take the same approach in Chester, using green stormwater infrastructure as the catalyst. With a $1 million grant from the Pennsylvania Infrastructure Investment Authority, or Pennvest, which funds sewer, stormwater, and drinking water projects in the state, Corvias and the city of Chester have identified 350 acres for potential projects. They’re focused around a major commercial and residential corridor that is subject to combined sewer overflows and includes City Hall, a regional rail station and a high school.

Cannito says developing green stormwater infrastructure here will not only minimize flooding and toxic runoff, but also add aesthetic charm and possibly pave the way for other investments the city needs.

For example, Corvias and the city are looking at whether there are brownfield sites within the project area that could be addressed simultaneously. And they hope that the improvements might attract other amenities, like a major grocery store or more recreation opportunities.

Both Cannito and Horace Strand, executive director of Chester’s Stormwater Authority, stress that Corvias won’t be choosing or developing these ancillary projects, just speeding them along faster than the city might be able to on its own. “The community drives the mechanism; the community determines what is in their best interest; the community decides what needs to be done,” says Strand. “The private partner comes in and asks, ‘how can we help you fulfill your vision?’”

And if Corvias doesn’t meet guidelines agreed to with the city — like a minimum local hire requirement — the company won’t get paid.

They’ll also ensure projects are well maintained for the next 30 years. Garbage can make eyesores of the best-intended bioswales, but city departments, funded on a yearly basis, sometimes slip on the upkeep. “Everybody loves getting a rain garden, everybody likes getting an improved park,” says Cannito. “But what they really want to know is, how is it maintained?”

By this fall, Corvias hopes to have green stormwater sites and possible ancillary projects scoped out. At the same time, the city hopes to start assessing a new stormwater fee on commercial and industrial properties that would raise the necessary $50 million. Corvias will also seek outside financing, and begin to work with subcontractors to build capacity. The goal is to start construction on the first stormwater projects next spring.