Some Texas Lawmakers Are Trying to Deflate Their Housing Power 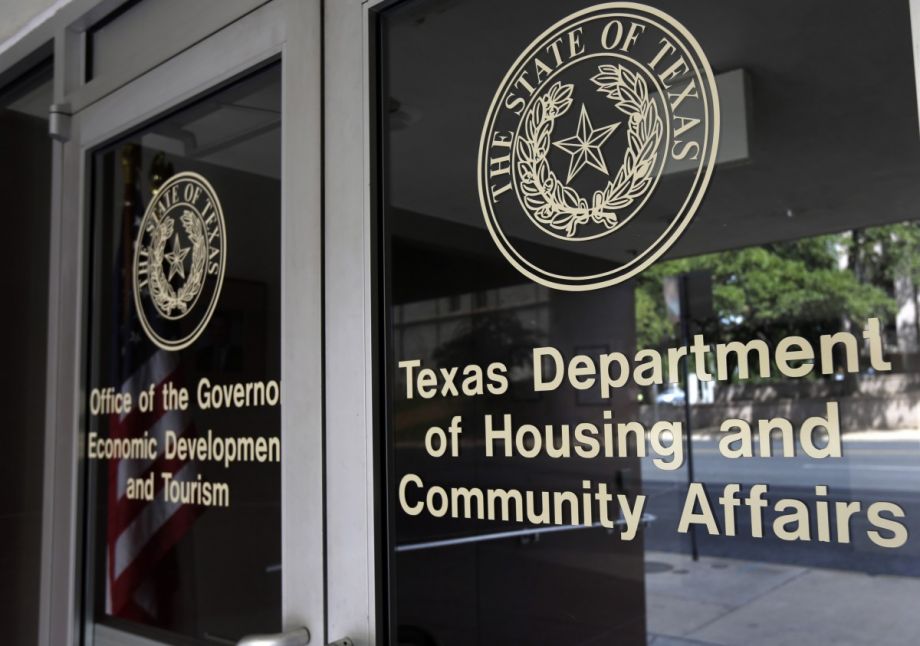 Texas state lawmakers meet every two years for about 150 days at time. The running joke, says Roger Arriaga, executive director of the Texas Affiliation of Affordable Housing Providers, is that “they’d much prefer to meet for two days every 150 years.” The schedule means moving bills through the legislature is a tough hill to climb. Even when a majority of lawmakers support a certain effort, it doesn’t mean it’s going to pass.

That doesn’t stop advocates from trying.

This year, a number of housing groups and state representatives are making another push to reform the scoring process for federal Low-Income Housing Tax Credit applications in Texas. Currently, state representatives have a lot of sway over proposed development via letters submitted during the assessment process. If a rep supports a project, housing groups say, that’s eight points in their favor. If they stay neutral, the project gets zero points. If they oppose a project, that’s minus eight points.

If those pushing to change that process are successful, they say, the credits will be allocated more fairly and with less political influence, racist NIMBYism will lose some of its leverage, and affordable housing developers will have a better chance of serving residents who are the most in need.

The Texas LIHTC program is oversubscribed, with about four pre-applications or applications for every tax credit award. Typically, according to Arriaga and others, winners are decided by half a point or a point, or they go to a tiebreaker.

“In Texas, it’s supercompetitive,” Arriaga says. “And don’t take that lightly. There is competition and there is hypercompetition.”

In that environment, state representatives can easily make the difference between a project moving forward or not. That power has been used to reinforce patterns of residential segregation in Texas that have been the subject of legal battles for years. Some lawmakers have also used their power to squeeze kickbacks out of LIHTC applicants. Even in the most innocent scenarios, state representatives’ support has a very loose connection to the merits of a project, housing advocates say.

“When state representatives receive these requests for letters of support, by and large they don’t have the professional capacity to review that development separately and say, ‘Here’s why I would or would not support it,’” Arriaga says.

At least three state representatives are pushing to remove the letters from the LIHTC scoring criteria. State Reps. Bobby Guerra and Angela Chen Button both introduced similar bills that would remove the provision. Those were read at an Urban Affairs Committee hearing in March, during which Demetria McCain, president of the Inclusive Communities Project (ICP), said that Texas is out of step with best practices for administering LIHTCs. ICP won a landmark Supreme Court case against the Texas Department of Housing and Community Affairs related to housing segregation.

“Really, as a Texan, I’m embarrassed when I go to national conferences to say that we still have this draconian thing on our books,” McCain told the committee.

Similar efforts to remove state representatives’ letters were introduced but not adopted in 2017. Additionally, back in 2013, the Texas State Senate eliminated its own role in the scoring process, while the House of Representatives voted to de-prioritize its own members’ influence while stopping short of removing it entirely.

McCain believes the communities’ input on development should be mediated at the local level and through zoning. “Our zoning laws, really, that’s the place where our cities are able to make decisions about what housing should go where in their communities, and we all know that,” McCain told the committee. “These things … have been heavily vetted on other levels, and we strongly support this. We believe that [the state representative’s letter] is a tool that can drum up NIMBYism in a very negative way, particularly when Low Income Housing Tax Credit [projects] are being sited in neighborhoods where they’ve never been before, often high-opportunity areas.”

State Rep. Eric Johnson, who is on the Urban Affairs Committee, is pushing a separate bill that would remove more influence from local elected officials as well as state officials in the scoring process, according to The Texas Tribune.

Guerra says he introduced his bill because he thinks development decisions should be negotiated at the local level.

“There’s so many other issues that, quite frankly, beg for our time,” Guerra says. “And the system is set up, I believe, for local control with these kinds of issues. Let’s let that bear out.”

Of course, not everyone is on board with removing the state representatives’ influence. Rep. Valoree Swanson wants to expand it, alongside an effort to create new public notice requirements forcing affordable housing developers to “conspicuously identify the development as ‘low-income government-subsidized housing.’” Swanson has pushed similar bills before, as City Lab reported in 2017. (Her office did not respond to a request for an interview.)

John Henneberger, co-director of Texas Housers, thinks that most state representatives don’t actually want to have a role in the assigning of housing tax credits, and that removing the letters of support from the scoring criteria will only lead to good outcomes for housing and the public trust.

“There have been examples of bribery,” Henneberger says. “And there are other examples of elected officials caving into NIMBY concerns or racism on the part of neighbors … who put political pressure on them to make a decision not in the interest of the people who would need the housing, but based on the irrational fears and prejudices of those who want to keep people out of their neighborhood who have low incomes, most of whom are people of color.”

Proponents of the new bills hope that the recent high-profile examples of state representatives blatantly misusing their influence over low-income housing projects will give the legislation a better chance of passing this year. But they have been pushing for this change for years, and know they’ll have to keep up the pressure until the end of the session.

“We’re optimistic and we’re hopeful,” says Arriaga. “But I can’t say that I would hold my breath, because the system of processing legislation more easily keeps bills from moving forward than it does to promote them.”