Look for More Sun-Powered Cities in 2016 – Next City

Look for More Sun-Powered Cities in 2016 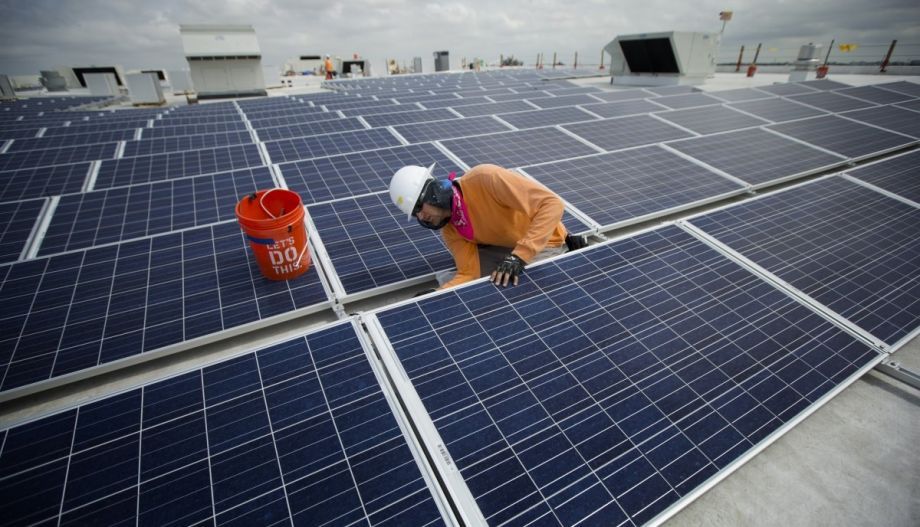 The COP21 accord this month set legally binding targets for countries to combat climate change. This agreement represents unprecedented commitment at an international scale to keep global warming well below 2 degrees Celsius. The real on-the-ground work, however, is just beginning. With cities responsible for more than 70 percent of the world’s greenhouse gas emissions, it is our obligation to take action at the local level.

Prior to the start of COP21, President Barack Obama challenged U.S. cities to join the Compact of Mayors, launched by UN Secretary-General Ban Ki-moon. Now, more than 100 U.S. cities are participating in this public commitment to reduce greenhouse gas emissions, improve local resiliency and regularly report on their progress. With 428 cities participating internationally (and counting), local governments are already on track to cut urban GHG emissions in half by the year 2020.

Solar energy can significantly reduce the greenhouse gas footprint of the built environment; it is becoming increasingly easier and more cost-effective to install; and there are a number of cities that are already demonstrating leadership, particularly in California.

Solar is highly cost-competitive compared to more traditional fossil fuel sources. The cost of installing solar in the United States has dropped 50 percent since 2009, as reported by Lawrence Berkeley National Laboratory. These cost reductions can be attributed in part to good policy. In California, electric utilities have had a mandate to achieve a 33 percent renewable energy mix by 2020. This goal was recently strengthened with a state senate bill requiring that electric utilities reach a 50 percent renewable mix by the year 2030.

On the consumer side, California’s net energy metering (NEM) program allows homeowners and business owners to receive credit from their utilities for using renewable energy sources. While the current NEM tariff will be phased out as soon, the California Public Utilities is currently working to create a “NEM 2.0” successor tariff before the end of 2015.

The federal government also offers a Residential Renewable Energy and a Business Energy Investment tax credit, allowing those who purchase on-site renewable energy systems to claim a credit of 30 percent of the installed system cost. While these tax credits were originally scheduled to sunset by December 31, 2016, they are now being considered for extension at their current rates through 2019, stepping down to 26 percent through 2020, 22 percent through 2021 and 10 percent through 2023.

At the local level, cities can help to encourage solar market transformation in a number of ways. In Fremont, California, we are participating in the Department of Energy’s American Solar Transformation Initiative to target specific actions in the areas of planning and zoning, permitting, financing and market development. Over the last two years, Fremont has taken action on a number of these goals, tracking progress in its customized Fremont Solar Roadmap. In particular, the city has worked to streamline solar permitting, reducing turnaround times for small residential rooftop solar permits to three days maximum, and requiring only one city inspection. Fremont now ranks No. 4 out of 232 participating agencies on the Solar Roadmap Leaderboard.

Local governments also have a significant opportunity to demonstrate leadership by installing solar PV on their own facilities. Fremont recently participated in the Regional Renewable Energy Procurement (RREP). This program, led by Alameda County, enabled 19 public agencies, including Fremont, to pursue solar installations on a total of 186 facilities. The RREP not only allowed Fremont to procure 1.5 MW of solar for four facilities at a highly competitive price, but it also provided the city with access to technical assistance that significantly simplified and expedited the process. With its solar installations, Fremont is offsetting 15 percent of total municipal electricity consumption and saving more than $2.6 million on its utility bills.

Fremont launched a residential solar effort called East Bay SunShares this summer because group purchasing makes solar even more affordable. Through a partnership with a nonprofit, Vote Solar Initiative, East Bay SunShares educated Fremont residents on the benefits of solar, offering local residents the opportunity to purchase solar at a pre-negotiated, discounted price of 15 percent below the current market rate. Participants had the opportunity to receive quotes from two different installers offering comparable equipment with pricing as low as $3.50 per watt. In just a three-month window, 627 homeowners signed up to receive free solar assessments, resulting in the installation of 926 kilowatts of new solar PV capacity on 169 homes.

Solar leasing provides an additional opportunity for consumers to have solar installed on their rooftops without having to come up with the capital costs. Rather than owning the system, property owners engage in a lease or a power purchase agreement (PPA) whereby they pay the solar company for the energy generated. This rate is designed to be lower than the utility cost of electricity, automatically resulting in positive cash flow. According to a study by the National Renewable Energy Laboratory, between 2010 and 2013, solar leasing increased from 20 percent to 70 percent of all residential solar installations in California. For cities, as well as other tax-exempt entities that cannot take advantage of the 30 percent federal tax credit, this model of financing has opened the door to participation in the solar market.

As solar installation costs continue to decline, it makes more sense than ever to go solar. Following the model of Fremont, cities can take a leadership role in the solar revolution through solar outreach and educational activities, residential and commercial solar incentive programs, solar-friendly practices and policies, and the procurement of solar for their own facilities.

Rachel A. DiFranco is the sustainability coordinator for the city of Fremont.