Small Business Investing Gets a Boost in Midwest Cities – Next City

Small Business Investing Gets a Boost in Midwest Cities 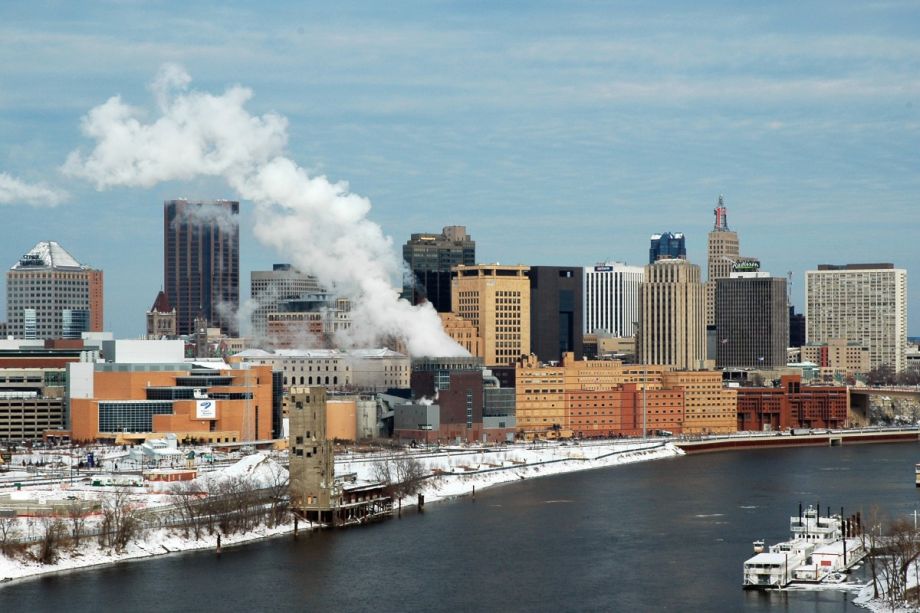 Alicia Hinze used to wake up at 4 a.m. to get to work at The Buttered Tin, the bakery and breakfast cafe she opened in June 2013. Fortunately the commute was short: She’s able to walk to the cafe in the Lowertown neighborhood, near downtown St. Paul.

“There were no bakeries here. We’re really underserved. We also didn’t have a breakfast place in walking distance,” Hinze explains.

Hinze and her business partner, St. Paul native Jennifer Lueck, raised $10,801 on Kickstarter to help open The Buttered Tin. But the lion’s share of startup capital came from the Community Reinvestment Fund (CRF), which extended the pair a $250,000 loan.

CRF has made over 1,700 small business loans since inception in 1988, 550 of them to minority- and woman-owned businesses. Based in Minneapolis, CRF works in 850 municipalities across 48 states.

“We focus the business lending that we do on businesses located in low-income census tracts, on the theory of change they will create jobs for people in those neighborhoods,” says Frank Altman, CRF’s president and CEO. He also co-founded the organization.

The Buttered Tin seems to be making their case. It’s now up to around 30 staff, serving up to 50 guests at one time while also offering delivery and catering services to the Twin Cities area. Mayor Chris Coleman is a huge fan.

“If we were to expand or do another location, we would definitely call upon CRF,” Hinze says.

CRF will be in even better position this year to help Hinze and others like her get started and keep growing, thanks to a new partnership with the Federal Home Loan Bank (FHLB) of Chicago. With the partnership, CRF received a $5 million, 10-year loan from FHLB Chicago’s Community First Fund.

“Other social impact investing we’ve seen has been seven-year terms maximum, usually three to five years,” says Jennifer Anderson, CRF senior VP and CFO. “This loan is also at a rate more favorable than we’d get for a 10-year loan anywhere else.”

The loan must be used to support affordable housing or economic development in Illinois or Wisconsin, which fall within FHLB Chicago’s territory. It is one of the 11 regional FHLBs, created by Congress in 1932. Each regional FHLB is cooperatively owned by its members. Around 8,000 conventional financial institutions nationwide are members of a regional FHLB, giving them access to on-demand, extremely low-interest capital. Since community development financial institutions (CDFIs), like CRF, first became eligible for FHLB membership in 2010, around 40 have since become members of their regional FHLB.

FHLB Chicago’s Community First Fund is unique in that it represents so far the only FHLB lending to non-members (CRF is not a member). FHLB Chicago created the fund in 2011 to supplement its existing affordable housing and community investment programs reserved for members. Including CRF, seven partners have received loans out of the fund, all of them CDFIs.

IFF received a $10 million, 10-year loan to support affordable housing and community facility construction for nonprofit health and human service providers and others.

Chicago Community Loan Fund received a $5 million, 10-year loan used to support at least 230 units of affordable housing and affordable commercial real estate to create at least 380 jobs in distressed neighborhoods in and around Chicago.

CRF expects to use its $5 million loan specifically to help it extend more Small Business Administration (SBA) 7(a) Loans to businesses in Chicago and Milwaukee in 2016.

Hinze’s loan was part of CRF’s SBA 7(a) program. CRF is one of the original 14 SBA-licensed non-bank lenders nationwide, meaning they are authorized to extend loans guaranteed under the popular SBA 7(a) program, which had a record-breaking year in FY2015. In 2014, CRF also became one of the few nonprofit organizations in SBA’s Preferred Lenders Program, meaning that SBA has delegated final lending authority to CRF for SBA-guaranteed loans (instead of having to go through the full SBA loan approval process each time).