Screening Urbanized in the Capitol City – Next City

Screening Urbanized in the Capitol City 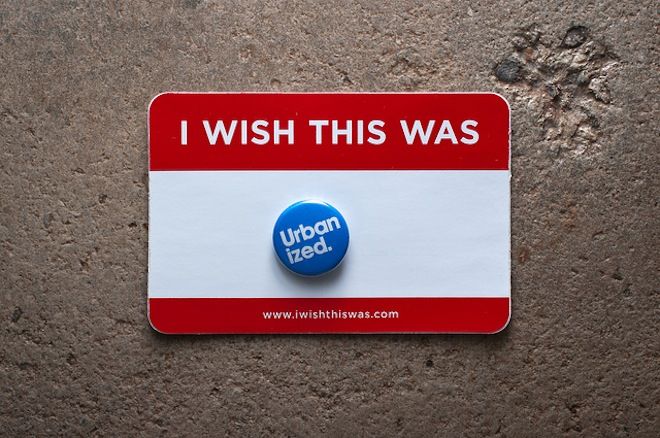 I love visiting a city for the first time – seeing something entirely new, experiencing another way of life, and stumbling upon something that reminds me of home. I love how in older cities you can see the history of the place unfold before your eyes whether it’s through rust-covered structures serving new purposes, or break dancers performing near ruins. And I love meeting people who are trying to make the city a better place to live for everyone, regardless of position in society. For 85 minutes, the film “Urbanized” allowed me to indulge in this love of exploring cities.

Since the film premiered over a month ago, Gary Hustwit has been retracing many of the steps he took during his filmmaking journey to share his work at premieres across the U.S. and abroad. On Tuesday, November 1st, I packed into an auditorium at the Brookings Institution filled with urban policy practitioners and enthusiasts gathered for yet another screening. This time, Secretary of Housing and Urban Development Shaun Donovan and White House Special Assistant for Urban Affairs, Derek Douglas joined the audience.

In short, “Urbanized” is a film about how urban design affects people’s lives. Hustwit explores the major trends that cities face, from transportation to population changes, by showcasing initiatives around the world. His filmmaking style is simplistic: he doesn’t speed up shots (which might be tempting in a film that tries to capture the behavior of millions), and he does not provide narration, allowing interviews to tell the story. The film unfolds much like the syllabus of a Planning Theory course– the audience finds themselves in the slums of Mumbai; then off to Brasilia for a debate over whether the city was a triumph in architecture or a failure in planning; then on the high-speed buses in Bogotá; and in the bike lanes of Copenhagen. The film is a lesson in how urban planners, policymakers, architects, and community leaders work to shape our cities and lives, and provides a fascinating look at innovative projects and initiatives.

Many of Hustwit’s interviews provide the film with humor, much to the delight of the audience. The room erupted in laughter as Enrique Peñalosa, former mayor of Bogotá, ranted about how people act like parking is a right, and later at the idea that bike lanes are designed to use cyclists as protection for parked cars. These clips allow the audience to laugh at old ways of thinking, and seem to suggest there is a particular way to do this work. This contributes to a slightly romanticized idea of urban planning present in the film. While Hustwit does show a clash between protestors and police over a major transportation initiative in Germany, the film focuses more on projects rather than the process, battles, costs, or red tape of this work. However, Hustwit is the first to say that this film is not the authority on urban planning and design, but more of an exploration at the surface level (the film represents 85 minutes of the 300 hours of footage taken). In the end, “Urbanized” illustrates how urban design and planning greatly affect how people relate to one another, and how cities are one of the greatest human inventions.

At the conclusion of the film, Bruce Katz, Brookings’ Vice President and Director of the Metropolitan Policy Program, moderated a panel with Hustwit, Secretary Donovan, and Douglas where they shared their thoughts on the film and the state of cities. Donovan sung the praises of the film, noting that it is not just a film about planning, but “it’s a film about the beauty of what happens in cities that can never be planned.” He went on to say that we’re coming out of an era where the federal government “retreated from urban policy,” and while his department attempts to move forward through innovative programs, it is important to recognize what the federal government’s role should not be in order to avoid the sorts of failed policies that characterized urban renewal. Douglas noted that we have to change the narrative around cities to spur people to work on the ground. “For a long time in this country, cities were a negative thing” he stated. “Cities are a wonderful thing, that’s where our assets [are], a lot of our talent are in cities. We need to change the way society looks at them.”

Hustwit himself seemed most struck by the potential power of ordinary citizens to shape the design of cities. He pointed to the efforts of artist Candy Chang to get the public to re-imagine New Orleans’ 9th ward, and reveled in the idea of getting “people who are not designers to think like designers, to think about the possibilities. Very rarely do people ask ‘what do you want there?’” He hopes his film can spur this kind of action.