Obama’s $1B Impact Investment Program Could Be Here to Stay 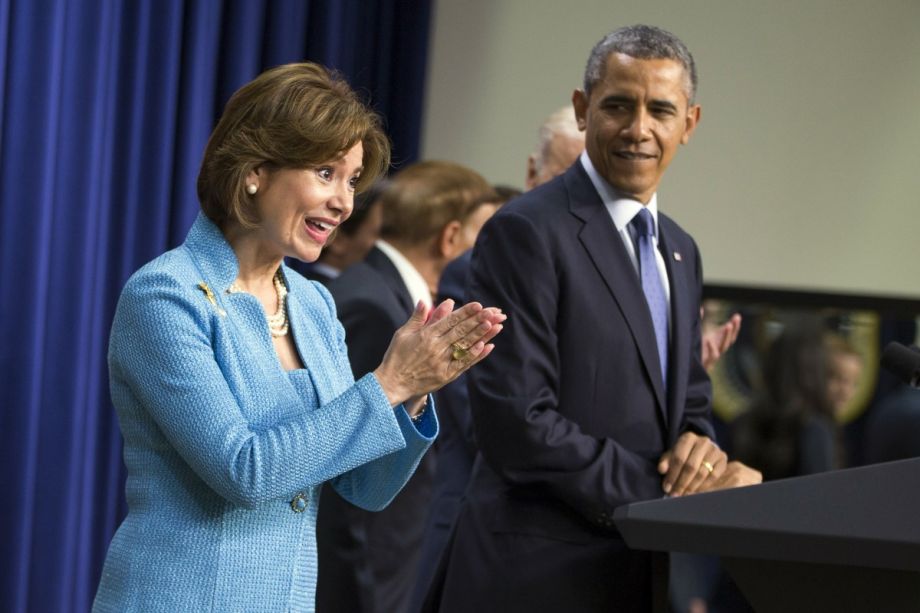 Nate Yohannes, his three siblings and their parents were exiled from Eritrea shortly after the country’s war for independence in 1991. They ended up in Rochester, New York. Every winter when he goes home to visit, Yohannes says, he jokingly asks his parents: Why such a seemingly random, bitterly cold city? But he knows the real answer.

“A lawyer sponsored us,” Yohannes says, through a refugee resettlement program of the Third Presbyterian Church in Rochester. Yohannes’ father, whose vision is mostly impaired due to stepping on a land mine in 1978, is now a board member of the church. “Being able to come to America and start over on humble beginnings even after stepping on a land mine is one of the reasons why our founders fought bloody battles,” Johannes adds.

His father now works in a probation office, managing cases involving domestic violence. His mother recently retired from a career in nursing. Yohannes went to law school in Buffalo, and clerked for a judge in Western New York. But thanks to another fortunate connection to a mentor in Washington, D.C., he got into the world of finance. “Finance was never in my language. My DNA is fighting for those who are in need and I got that from my father,” Yohannes says. Now, he can’t imagine himself in another industry.

President Barack Obama announced a new federal $1 billion fund for impact investing in 2011, and he eventually called upon Yohannes to finalize its design and make the program permanent. “This program makes sense to me because it fits my theme in life — make a dollar as well as create positive results for our country,” says Yohannes, whom the president officially appointed to serve as senior adviser to the chief investment and innovation officer at the Small Business Administration (SBA).

The specific goal of the $1 billion is to support small business investment strategies that maximize financial return while also yielding measurable social, environmental or economic impact. The program is housed under the SBA’s Small Business Investment Company (SBIC) licensing program. Under the impact investment program, SBIC-licensed funds promise to invest in small businesses in federal priority sectors and underserved communities, while at the same time contributing to the growth and development of the impact investment industry.

One possible example: using some of that $1 billion to invest in a small real estate developer that is also utilizing new markets tax credit financing for a project to create jobs in a low-income neighborhood.

The standard SBIC license has been a sweet deal for many venture capital or private equity funds. Under the program, for every dollar in capital they raise, the SBA matches up to 2-1, up to a maximum of $150 million. Fund management firms then go out with that federally supersized pool of capital and make investments in small businesses. The fund management firm eventually pays back the SBA, with interest. SBA operations require zero taxpayer dollars, instead funding operations through interest earned on its various investments such as SBIC-licensed funds.

The SBIC licensing program was born when President Dwight Eisenhower signed the Small Business Investment Act, on August 21, 1958 — a date that many would argue is also the birth date of the modern venture capital industry. The program provided the first legal framework as well as financial incentives for people to pool money from strangers for the sole purpose of investing in other strangers — specifically, small business owners. As two legal scholars wrote, in 1959, “Congress has for some time been acutely aware of the difficulties facing small business concerns seeking adequate long term financing for modernization, growth and development. It realized that commercial banks are not able to furnish such long term financing, that public [i.e. stock market] sale of small issues of securities involved prohibitive costs, and that private placements had afforded no general solution to the problem.”

The first SBIC-licensed fund managers were essentially the first modern venture capital firms. “The iconic venture capital firms and private equity funds, generally speaking, have received SBIC dollars or have had a SBIC license,” Yohannes says. “Arguably the most iconic brands have received investments through the SBIC license.” Apple, Intel, FedEx, Costco, Staples, even Build-a-Bear are just a few of the companies over the years that got early stage investment from an SBIC license holder.

While there have been more than 300 SBIC-licensed funds at this point, today they are only a small fraction of the venture capital industry, which has grown to have several well-known shortcomings. Eighty-seven percent of venture-backed startup founders are white; 92 percent are men. More than three-quarters of venture capital ends up in just three states: California, New York and Massachusetts.

In some ways, the SBIC program has already been addressing some of that. From 2011 to 2015, SBIC-licensed funds invested $21 billion in more than 6,400 companies, 20 percent of them located in low- to moderate-income areas. A majority of SBIC-licensed capital went into states other than California, New York or Massachusetts. Part of the impetus for the $1 billion SBIC Impact Investment program is to be more intentional about driving capital to communities that have long been neglected by venture capital and other investment sources.

“We have a pretty high bar for impact at Bridges, which is one of the reasons why we felt comfortable committing ourselves to the SBA’s impact bar,” says Brian Trelstad, global partner at Bridges Ventures.

In the U.K., the firm has been active in the pay for performance (or social impact bond) space, for example. They regularly speak about or find other ways to share their evolving approach to impact investing, how to measure it and what are some case studies.

In the U.S., Trelstad says, they are looking at businesses that are located in or serve underserved communities, in the areas of health and wellness, education and skills, or environmentally friendly living.

The SBIC license was an invaluable tool to help them raise capital for the fund. Even conventional SBIC-licensed funds automatically qualify for Community Reinvestment Act credit, providing a strong incentive for banks. “It allowed us to get about $18 million of bank capital,” says Trelstad.

The SBIC impact investment licensing process for Bridges took about a year, but didn’t slow them down from their usual process. “While we were fundraising [from investors] we were also going through the licensing process at the same time,” Trelstad says, adding that one of the advantages of the impact investing program is that they could cut the line in front of others seeking conventional SBIC licenses. The SBA evaluates all SBIC licenses on a rolling basis.

Bridges Ventures has made one investment so far out of its SBIC-licensed fund, in an education company. In addition to businesses creating social impact, they’re looking for a few years of positive cash flow, ideally with $5 million to $10 million in revenue. “We have some flexibility to go earlier, but we’re not going to do a complete startup,” says Trelstad.

While the SBIC Impact Investing program was created as a temporary policy under Obama, Johannes and his team are still working to move it into permanent status. “Our goal is before the end of this year. I can’t say exactly when,” says Yohannes.